The liberals’ peace problem: NATO all over the world 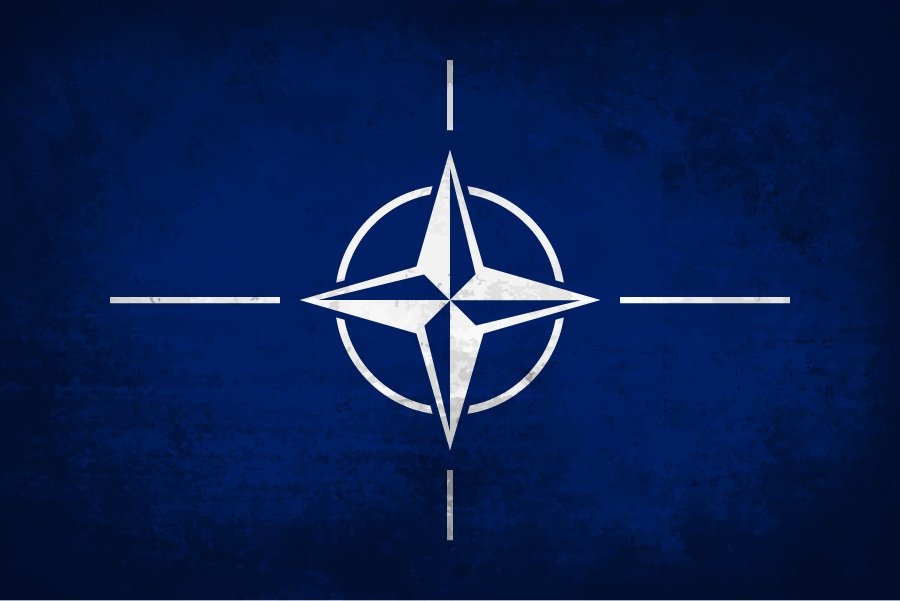 The expression “if you want peace, prepare for war” is Latin in origin and comes from the book "Rei Militaris" by the Roman general Vegetius Renatus. (The Latin is “Igitur qui desiderat pacem, praeparet bellum.”) It is usually interpreted as meaning peace through strength as a strong society is less likely to be attacked by enemies.

According to experts, the Roman general had two things in mind. Firstly, he was trying to say that a society should know when it is likely to be attacked by enemies; and secondly, the level of preparedness should match the level of the perceived danger.

However, the man former U.S. President George Bush put in charge of developing and advising plans and policies related to the nonproliferation and counterproliferation of weapons of mass destruction (the person who discovered and destroyed the WMDs of Iraq's late leader Saddam Hussein), Jack David, senior fellow and board member at the Hudson Institute, thinks differently at this point.

Mr. David says you have to have military preeminence over any and all nations in the world; accordingly, the U.S. has maintained “a liberal, peaceful international order” over the last 75 years. (Note: NATO is 73 years old!) This preeminence has to have three features: the ability to resolve disputes among countries, all international waters must be kept free to navigate and the recognition of free markets should be increased. If it sounds like the introduction of the book of capitalistic imperialism, it is!

It has been depicted as “the most certain path to prosperity among nations” by Adam Smith, his “Primary Thesis” in his 1776 book “The Wealth of Nations.” Since then, it’s been in everything the founding fathers of the U.S. had published. But the novelty Mr. David brings in his conclusion is that “The recent events in Ukraine provide some indication of the extent to which that order has eroded.” Thus, we need to look again into the features of that military preeminence that enabled the U.S.

NATO last published a new mission statement 12 years ago; even a year and a half before Russia’s inhuman and cruel war in Ukraine, U.S. President Joe Biden talked about the need “to reconsider the makeup of NATO, how it functioned, and come up with a different strategy for NATO and how we work together” at a G-7 summit in the United Kingdom. Moreover, in perhaps a slip of the tongue, last week the president said NATO invited Sweden and Finland to become members of the alliance (not the other way around) as part of a strategy to strengthen Europe. He bragged a lot about how his strategy made Europe more united and stronger than ever.

He further said that his administration brought together more than 50 countries (“more than 50 countries, guys!”). Now there are more anti-tank systems in Ukraine than the invading Russian tanks, they have more tanks and more artillery systems than the Russians have brought in; Ukraine's President Volodymyr Zelenskyy has enough rounds of artillery ammunition in case Russian President Vladimir Putin decides to push all his tanks into Ukraine. The U.S. has provided more than $7 billion in help in total already, and in the next few days, more than $800 million will be on its way.

Yet we seem to have two problems:

The European members of NATO do not look as united as Biden would have us believe. Behind the facade of perfect unity in Madrid, Europe is still in a position that made former U.S. President Donald Trump wonder “Why is the U.S. defending these guys if they are not on our side in the main fight?” German Chancellor Olaf Scholz in no more enamored by the U.S. than his predecessor Mrs. Angela Merkel. Scholz has repeatedly warned the U.S. that he will not agree to a total ban on Russian energy imports, which, he said, would mean “plunging all of Europe into a recession.” France, on the other hand, does not believe the Middle East oil sources cannot be forced to output more oil and gas and the U.S. has no way to ease the worries of the Europeans. Biden’s assurance like “Don’t worry; I’ll go to the King and push him to produce more oil!” won’t work either. Biden’s hosts in Madrid do not subscribe to the post-Cold War European understanding that geopolitics supersede international trade, as they did when Europe was divided by an “Iron Curtain.” Neither do the Italians. France and Turkey keep talking to the Russians. The U.S.-inspired activism which would like to have an “Iron Curtain” be drawn across Europe is not affecting the young people in Europe. Pew Research Center finds that most in Europe say the U.S. is a reliable partner, and ratings for Biden are mostly positive but down significantly from last year. Favorable opinions are declining significantly in Germany, Spain, Greece, Italy and France. In other words, many in Europe do not seem to like the destroyed relations with Moscow.

Our second problem is in the U.S. Americans are not proud of their country according to the latest Fox News survey. National pride is down, with the majority of Republicans and independents and nearly half of Democrats feeling dissatisfied with their country’s politics. The majority of people feel disappointed: 56% of those questioned are not satisfied with the political direction of the country. Even fewer people were dissatisfied during the chaotic years of Trump.

If I were a young person, trying to stake my place in the labor force of my country in Europe, the U.S. or any of those 50 countries that Biden proudly grouped against Russian aggression in Ukraine, I’d like all the problems resolved without force or the threat of force. If a strong and united NATO makes a gallon of gas more than $5, perhaps, as suggested by Henry Kissinger, former U.S. secretary of state and national security advisor in the Nixon and Ford administrations, the solution to preventing the Russian invasion of Ukraine lies in diplomatic prowess, not military might. The Roman general Renatus probably must have meant 2,000 years ago that preparing for war does not necessarily entail hoarding more catapults, mangonels, crossbows, arrows and slings, but taking care of the welfare of the people. Perhaps that is why he devoted half of his treatise to human-related issues.

Today, the collective strength of NATO countries can easily be boosted not by “enhancing our force posture in Europe and all over the world” but by making peace invincible. Apparently, the European Union and other Western institutions were not prepared enough to talk sense into Russia and Ukraine. When Ukraine walked off from the Minsk Agreement reassessing the concessions they made to Russia, their neighbors and other European powers did not explore every possible peaceful avenue for negotations as Kissinger said they should have. Perhaps they thought the new European integration through commerce and investment would be powerful enough to prevent a war.

Maybe, the existing crop of European leaders are not powerful enough to see the globalists could go wild!

Twelve years ago, the U.S. and the Europeans were ready to see Russia as a “partner” when they redesigned the NATO mission statement. Today, those experts, who successfully ruined the Iraqi social and economic fabric to find and destroy Saddam’s weapons of mass destruction, say that “There is no way to predict how Russia or China will use their growing military power to achieve their goals, although there is ample evidence that each will use it.”

In short, we are back in the dark age of the Cold War. In the first Cold War, only Russia was the enemy. Now, we have China as enemy No. 2. Even China’s peaceful Belt and Road Initiative (BRI) now seems like another tool for China’s world dominion. Biden and his EU partners are responding to it with their own Partnership for Global Infrastructure and Investment (PGII), an $800 billion project. Be sure that it will be under the tutelary guardianship of U.S. companies, though there will be crumbs for the Europeans, too.

Will all this work? Probably not. Zelenskyy is about to accept what Kissinger suggested weeks ago in Davos, which he had rudely rejected, insulting Kissinger: About 2.5% of the country and Crimea, which is another 4.5%, will be in the hands of Russia, and “Ukraine will be reconstituted in the shape prior to the war: the post-2014 battleline.” Zelenskyy will also have to accept that Ukraine will not join NATO.

Meanwhile, the ordinary people in Europe and the U.S. will simply dismiss the world domination blueprint drawn by Biden and U.S. Secretary of State Anthony Blinken under the title of the NATO 2030 Strategic Plan.