This pandemic even attacks modern reality 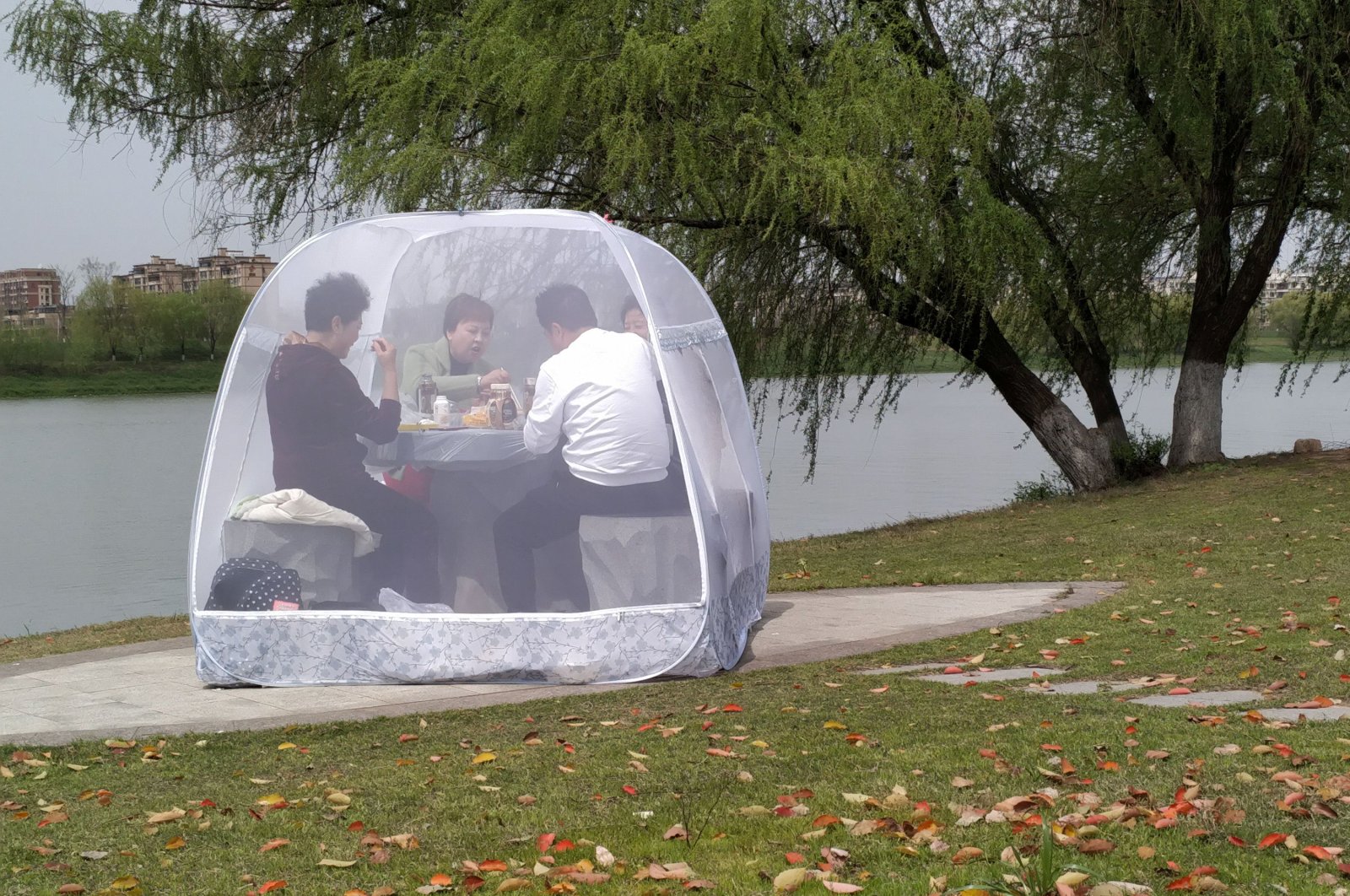 People enjoy a meal inside a tent to prevent the coronavirus disease, at a park in Nanjing, Jiangsu province, China, Tuesday, March 24, 2020. (Reuters Photo)
by Burhanettin Duran
Mar 28, 2020 12:05 am

As people across Turkey comply with the government’s call to stay home and declare their individual state of emergency, COVID-19 remains at the top of the nation’s agenda. Just as hygiene becomes an obsession, we cannot seem to stop talking about the virus outbreak.

The reason behind this fixation is quite obvious. A deadly virus, against which humanity has no known weapon to fight, continues to spread in some of the world’s most prosperous countries. For the time being, all we can do is to slow its spread through personal hygiene and isolation in an attempt to prevent a total collapse of national health care systems. As the world talks about China’s relative success with a healthy amount of skepticism, the pandemic has hit Italy and Spain the hardest, claiming hundreds of victims every day.

The United States, which was expected to lead humanity in this difficult time, cannot even manage its own crisis. As a matter of fact, America could be the outbreak’s next epicenter. U.S. President Donald Trump, who believes that weakening international organizations would serve his country’s interests, isn’t even thinking about a global response to this medical emergency. Sadly enough, we cannot forecast what will happen if the virus spreads from high-mobility nations to other regions and, in particular, conflict zones like Syria and Yemen.

Experts agree that the COVID-19 outbreak is unlike any crisis that mankind has faced in the past. The pandemic’s impact on humanity, they say, can only be compared to the world wars. The medical emergency’s economic impact alone will be more severe than the Great Depression.

Addressing the medical and economic dimensions of the crisis simultaneously presents governments with a peculiar challenge, as world leaders find themselves having to choose between containing the virus and managing its economic repercussions. That dilemma is easily observable in Trump's and United Kingdom Prime Minister Boris Johnson’s indecisiveness. Meanwhile, the governments of Italy and Spain are overwhelmed by the skyrocketing death toll. The EU’s failure to develop a regional policy after several weeks is a bitter lesson that they won’t be able to forget. The Russian military’s delivery of humanitarian aid to Rome won’t be just another symbolic step or a public relations stunt.

The biggest challenge that the coronavirus pandemic has created is its ability to manufacture its own reality. This is directly related to people’s ignorance, fears and prejudices. To be clear, we do know very little about the virus. Even experts are believed to know perhaps 10% of everything there is to know about it.

Still, the media keeps dumping information and commentary on the population. This virus, which threatens human lives, targets reality itself all the same. Prior to the COVID-19 outbreak, we were already aware that we lived in a post-truth age, where facts, truths and phenomena were losing importance. By now, humanity’s fears are much bigger and this virus, about which we still know little, deepens the negative impact of the post-truth era. Power struggles, the weakness of international cooperation and propaganda wars make it easier for the virus to attack reality.

Everything about the virus, which emerged in Wuhan, China and then spread to infect the entire world, is controversial. We even disagree on the proper way to describe it. The Trump administration insists on calling it the Chinese virus (or the Wuhan virus) to lay the groundwork for a fresh confrontation with Beijing. Trump’s opponents, in turn, want to deny him the opportunity to exploit this crisis on the campaign trail. We also do not know whether COVID-19, which has allegedly mutated some 40 times already, is an artificially manufactured germ.

Meanwhile, in China, the government is trying to cover up the fact that it kept the world in the dark about the virus outbreak for a whole month by claiming that a group of U.S. soldiers brought the biological agent to Wuhan. Washington responded by saying that it would consider suing China for trillions of dollars in damages. That war of words is merely part of a blame game – a prelude to the pandemic’s aftermath.

The lack of international cooperation against the coronavirus is a very dangerous phenomenon. It fuels the fear of a global economic meltdown. At the same time, the fact that each country has to deal with the crisis unilaterally fuels conspiracy theories, accusations and disappointment.

The coronavirus feeds off humanity’s mistakes to reshape our reality. World leaders have a responsibility to ensure that the current trend does not lay the groundwork for a new world war.