Thou shalt not assassinate 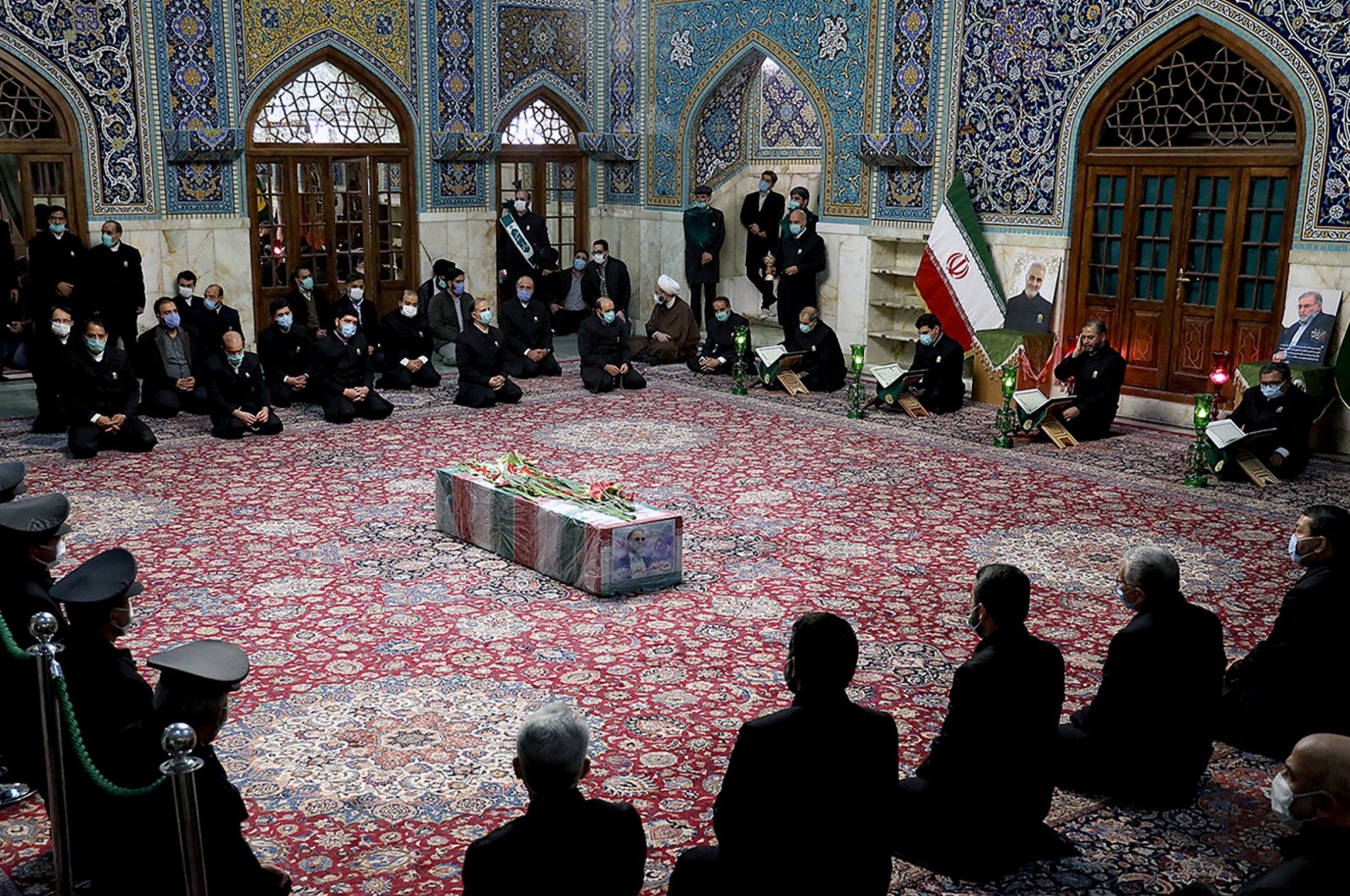 A coffin with an image of assassinated Iranian nuclear scientist Mohsen Fakhrizadeh can be seen among the servants of the holy shrine of Imam Reza in Mashhad, Iran, Nov. 29, 2020. (Reuters Photo)
by Hakkı Öcal
Nov 30, 2020 12:05 am

Former U.S. President Ronald Reagan signed Executive Order 12333 on Dec. 4, 1981, for one and only one purpose: to stop the U.S.' assassination practice of foreign individuals. Before that executive order, U.S. intelligence agencies and other federal authorities could kill foreign leaders and their family members as they deemed fit.

Moreover, as if it were an honorable thing to do, the CIA had published a report on those assassinations, and it was available online until the recent murder of the Iranian major general Qassem Soleimani on Jan. 3, 2020.

For some reason, when you click on the link to that report, the U.S. congressional website reports that "a potential security risk was detected in your submitted request. The Webmaster has been alerted."

You cannot get the list of those foreign leaders and other operatives killed by the U.S. agencies anymore from official sources but the internet still has many sites providing the list and the methods employed in those killings.

Wikileaks had published leaked documents about those methods ranging from lacing teapots with hard-to-detect chemicals to hacking into car control systems.

But thanks to incumbent President Donald Trump's keenness and quickness in understanding and dealing with business situations which usually lead him to a good outcome – except the last elections – the U.S. seems to have resumed the assassination practice.

This time it employs much more direct methods than those that involved teapots, poisonous material and staging car accidents.

In fact, Trump ordered the U.S. Army to send armed drones to blow up the target's car on a highway. That was how Soleimani was killed.

Last week, Iran's top nuclear scientist Mohsen Fakhrizadeh was killed in Tehran when gunmen ambushed his car. His car exploded and the gunmen also shot dead three of Fakhrizadeh's bodyguards and several family members traveling with him. He was taken to a hospital where he later died. (There are unconfirmed reports that one of the attackers was killed by a bodyguard.)

Reagan had stopped a dishonorable and cowardly tradition of the U.S. security and intelligence agencies. Executive Order 12333 had made all agencies cooperate fully with the CIA so that U.S intelligence activities would be conducted with available information. The order clearly and directly prohibited U.S. agencies from sponsoring or carrying out an assassination.

“No person employed by or acting on behalf of the United States government shall engage in, or conspire to engage in, assassination,” it said.

Previously, former U.S. President Gerald Ford had banned political assassinations and another former President Jimmy Carter had further banned indirect U.S. involvement in assassinations, but events proved that the U.S. agencies would commission Latin American armies and police to do the dirty jobs. Reagan's ban was therefore more comprehensive: not only pulling the trigger but asking others to pull it was also banned.

According to the Times of Israel, the U.S. determined in 2007 that Fakhrizadeh's job as a university professor was a cover for his role spearheading Tehran's nuclear weapons development.

Following the deal with the Barack Obama administration, Iranian officials had stopped their nuclear arms program. But the Israeli and U.S. officials believed Fakhrizadeh had kept the program alive.

Israeli Prime Minister Benjamin Netanyahu, in a 2018 video clip, available on YouTube, argued that Fakhrizadeh was running an organization within Iran's defense ministry known as S.P.N.D., and was working on a what he calls "Project Amad."

The New York Times reported that not one but three other U.S. intelligence officials had said Israel was behind the attack on the scientist. Further, the newspaper claimed that the U.S. agencies may have known about the operation in advance since the two nations are "the closest of allies and have long shared intelligence regarding Iran."

This is an age of proxies: Russian mercenaries fighting in Libya; the U.S. is using PKK terrorists to fight against Iranian proxies in Syria; France is benefiting from the services of Armenian militias in Nagorno Karabakh, and Germany is using Greek admirals on its ships to stop Turkish commercial vessels.

Under the terms of Executive Order 12333, Trump can say "I didn't do it. Netanyahu did!" and he can get away with the murder because nobody is going to able to prove that he was "conspiring to engage in assassination."