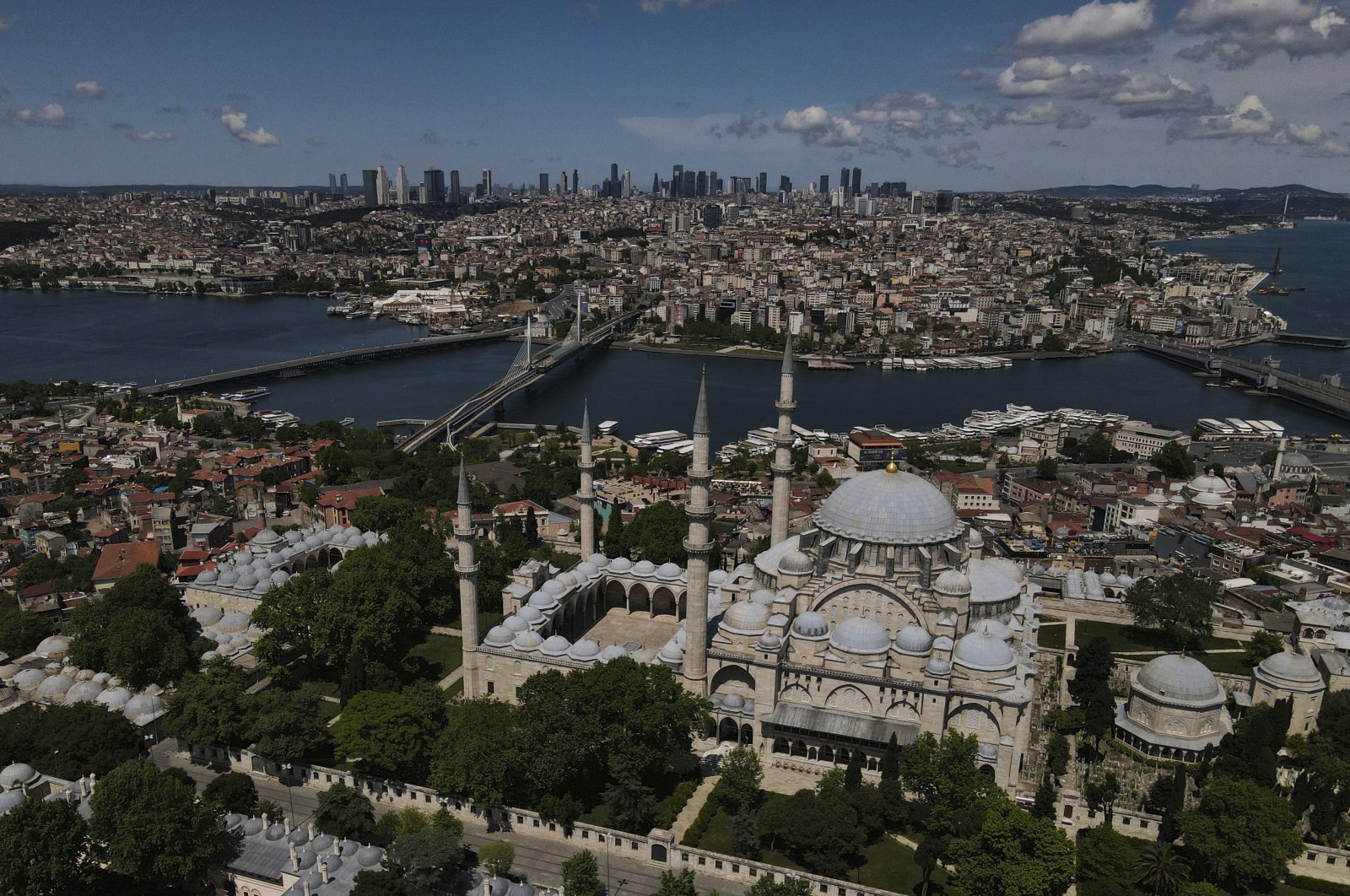 An aerial view of the historical district of Istanbul during the last day of a four-day curfew due to the coronavirus outbreak, Turkey, May 26, 2020. (AP Photo)
by Melih Altınok May 28, 2020 12:05 am
RECOMMENDED

The coronavirus death toll around the world has reached 348,000. The number of confirmed cases is 5.6 million and the number of people who have recovered is 2.3 million.

The latest data in Turkey, a country of 83 million people, where the number of tests conducted is close to 2 million, shows the number of confirmed cases is 159,000, the number of recoveries is 122,000 and the death toll is 4,440.

Turkey has taken stringent isolation measures since the first case was confirmed on March 11. The country has not experienced a pileup in hospitals, unlike the situation in hospitals and intensive care units in the U.S. and Europe, and medical facilities have worked well under their capacity. As of today, the number of patients in intensive care units stands around 700, and the number of intubated patients is around 300.

Undoubtedly, the country's strong health care system has had a major impact on this relatively good picture. The government continues the health care reform it has enacted over the years. Even during the pandemic, modern city hospitals are being inaugurated one after another. Also, medical supplies and even ventilators are being sent from Turkey to countries in need.

Many Turks in countries such as the U.S., the U.K., Spain, Italy and France returned to Turkey during the pandemic period because of its stronger health system. The number of citizens that Turkey has brought to the country from abroad during the coronavirus pandemic has reached 50,000.

Turkey's religious and traditional daily life practices have also been instrumental in the successful management of the pandemic. Cleaning habits as well as the fact that the Turks are a disciplined society have slowed the pace of the outbreak's spread.

But we are still home here. Since the start of the pandemic, people over 65 and young people under 20 have been forbidden to go out. Additionally, curfews have been imposed for all citizens on weekends. We even spent Ramadan Bayram, also known as Eid al-Fitr, a holiday during which those who have offended each other hug and make peace, on our own at home.

On the other hand, on television every day we watch normal life continue in countries severely hit by the pandemic with astonishment. In the U.S., where the death toll has exceeded 100,000, and in countries where tens of thousands have died, beaches, public parks and squares are full of people.

We hope, as some experts claim, that rising temperatures in the summer season will weaken COVID-19.

It is summer, and we are bored. As the weather warms up, it is getting harder and harder to stay indoors in our homes. We expect that life will return to normal by mid-June.

We know that the government wants to make the best of the tourism season and has prepared a serious plan for the summer season. Last year, Turkey earned about $35 billion from tourism. Although the season will start late this year, the gap that occurs may be well closed by health tourism.

It appears that Turkey will be one of the safest havens in the summer, just as it was in the first phase of the pandemic.