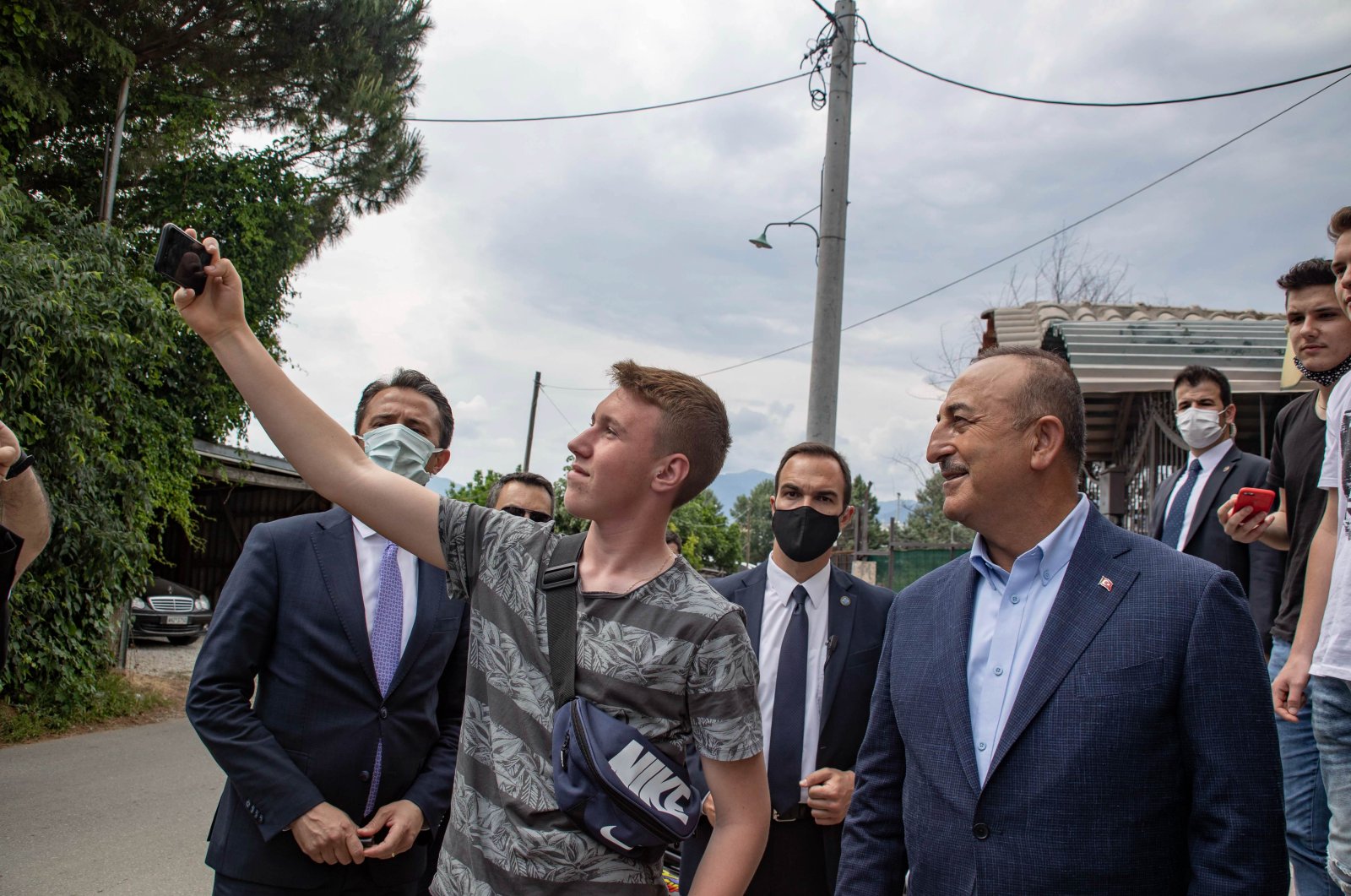 Foreign Minister Mevlüt Çavuşoğlu (R) pauses for a selfie during his official visit to Komotini (Gümülcine), Greece, May 30, 2021. (Photo by Getty Images)
by Nagehan Alçı Jun 05, 2021 12:05 am
RECOMMENDED

The wind has shifted. Storms and tsunamis seem to be over at least for now. The two neighbors, Turkey and Greece, came to a mutual ground for talks and cooperation.

I think this is one reason to be hopeful about the tensions in the Eastern Mediterranean.

Foreign Minister Mevlüt Çavuşoğlu’s visit to Greece this week was very comprehensive and important. The two countries reached an understanding on 25 items to improve economic ties.

Another even more important point was that both agreed to recognize each other’s COVID-19 vaccinations. This will open the doors for reciprocal tourism and will restart the traffic between Turkey and the Greek islands. Let me remind you that there is a very significant tourist flow from Turkey to the Greek islands in summer.

Çavuşoğlu also said during the press conference with his Greek counterpart that "we have now started to work on concrete projects with a focus on action and comprehension. We have reached a consensus on 25 items. Our relevant institutions will come together in the next period for many areas of cooperation from transportation to energy and from tourism to environment and trade."

This shows that mutual understanding and dialogue have replaced confrontation between the two countries. Differences and disputes remain but there is a sign of goodwill from both sides to overcome the existing problems.

Issues like those between Turkey and Greece are not solved overnight, they take a long period of time to be resolved completely. So for now, if political will allows, Turkey and Greece can learn to live with the current issues.

Here the main problem is the involvement of outside actors like the U.S., Russia and the European Union.

Their involvement complicates issues and pits Turkey and Greece against each other.

As long as they are left alone to reach their own conclusions, there is no issue the two neighbors cannot defeat. However, it is difficult to keep the big countries out of these rich waters. But as Greek Foreign Minister Nikos Dendias also stated, “There is an attempt to initiate healthy negotiations and if possible to gradually move towards normalization with time."

Here I should stress that coronavirus vaccine recognition and an economic cooperation program are very important steps that will lower the tension over the Eastern Mediterranean. Because, in pandemic times, it is advantageous for both countries to come closer economically and enhance tourism activities.

We live in the same world. So there are two options: Being good neighbors or bad ones. I think the first is a much better option for both.