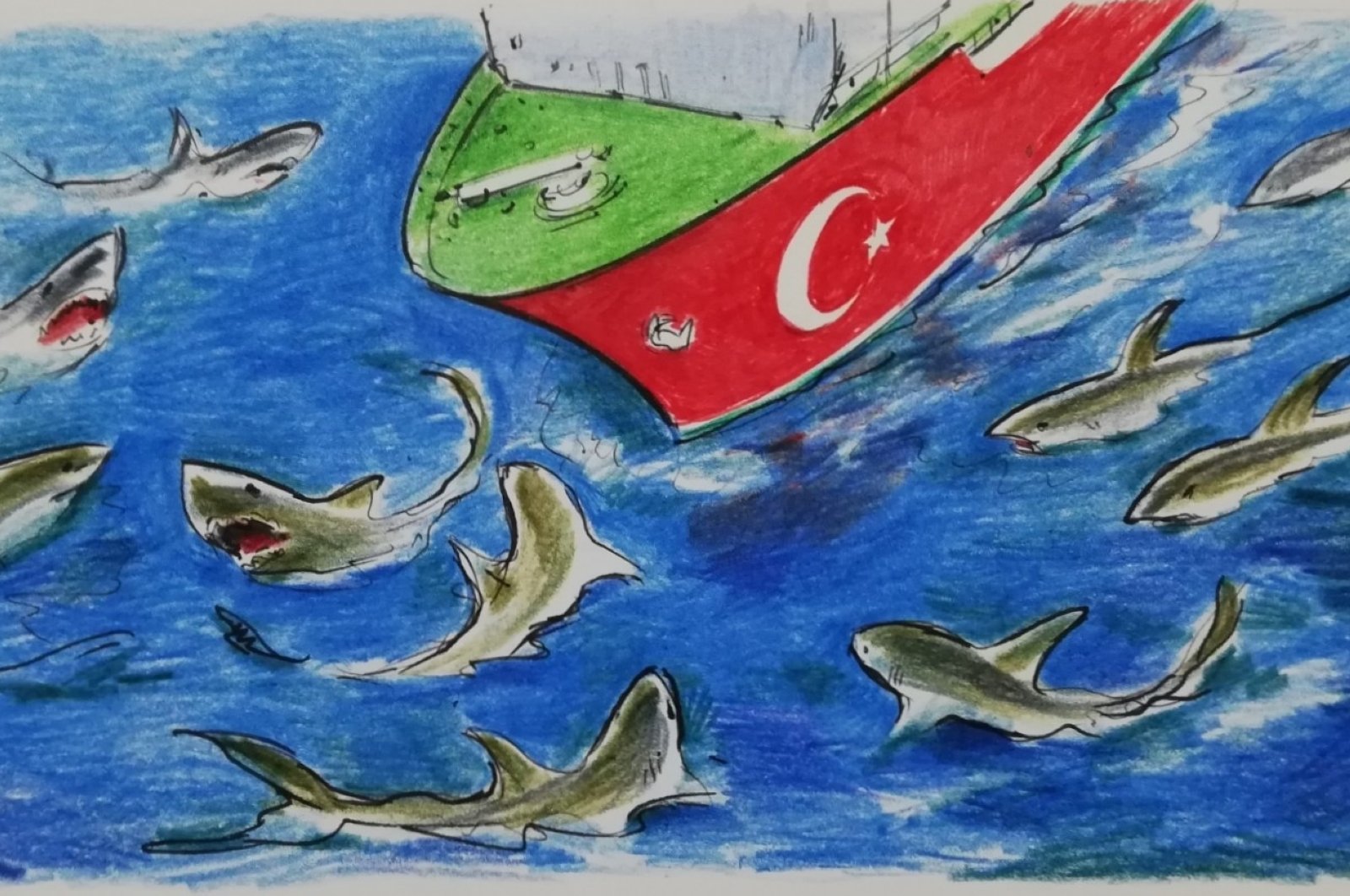 The COVID-19 pandemic dominated the year 2020, as the world encountered a great test on health care, economy and humanity. Several countries confiscated each other’s personal protective equipment (PPE) and went down in the history of shame. Against the backdrop of all the chatter about “the new normal” and “nothing will be the same again,” the truth is that power competition in the international system has escalated even further.

Interestingly enough, China, the birthplace of the coronavirus, survived the pandemic with relatively mild losses, whereas the United States was hit the hardest with over 350,000 deaths.

U.S. President Donald Trump, who, experts say, would have clinched reelection had it not been for the pandemic, lost to former Vice President Joe Biden. In other words, the chaos of “America First” has been replaced by the uncertainty surrounding “America’s back.”

Still, people did not grow accustomed to the idea of social distancing and the "new normal," embodied by the surgical mask in their daily lives. One would hope that humanity will defeat the virus with the help of COVID-19 vaccines and will soon return to normal.

Notwithstanding the indiscriminate side effects of the coronavirus, Turkey accomplished much more than other nations in 2020. The country delivered emergency supplies to a large number of countries, without discrimination – a shining example of international solidarity.

At the same time, Turkey skillfully filled the geopolitical void in Libya, the Eastern Mediterranean and Nagorno-Karabakh. Demonstrating its firm commitment to defending its maritime borders and national sovereignty, it took the strong fight against the terrorist organization PKK/YPG in Syria and Iraq to the next level.

The accomplishments of Turkey’s armed drones on those three fronts triggered a debate on the future of war. Meanwhile, countries that lost the upper hand as a result of Ankara’s actions accused the Turks of pursuing an aggressive foreign policy – nothing but a sign of discomfort.

Likewise, the threat of sanctions, which reflects the helplessness of those failing to adapt to the new reality, is neither sustainable nor useful.

President Recep Tayyip Erdoğan describes 2021 as “the year of democratic and economic reform.” My sense is that his administration will adopt a policy of gradual reform without losing sight of the fight.

Needless to say, there will be an attempt to consolidate the presidential system. Another sign of that pursuit is Turkey’s most recent attempts to reset with relevant players in order to cement its gains. Repairing bilateral relations with the U.S. and the European Union, on the basis of shared interests, will be at the top of Turkey’s foreign policy agenda for the next year.

A rapprochement with Egypt, Saudi Arabia, Israel and the United Arab Emirates (UAE), too, is expected to occur as part of that effort. Needless to say, Turkey promotes international cooperation in the Eastern Mediterranean to bring together all relevant parties.

Ankara’s will to reset, however, must be interpreted accurately. The intention is to reach fresh agreements with certain nations, with whom Ankara experienced tensions in the past, through diplomacy – as opposed to pursuing radical change. Nor does the reset mean that Turkey will give up on its national interests.

In other words, the new foreign policy agenda is about complementing as opposed to replacing. Indeed, the relevant countries will reach their own decisions regarding a potential rapprochement with Turkey based on their strategic calculations.

For example, the intention to pursue a cordial relationship with the Biden administration does not necessarily mean that cooperation with Russia is no longer on the table nor is it remotely related to turning a blind eye to Washington’s support for YPG terrorists.

Likewise, the idea of closer relations with Israel does not entail signing off on Tel Aviv’s policy on Palestine or jumping on the so-called normalization bandwagon alongside certain Arab regimes.

Indeed, the Turkish president told reporters last week that “our relations with Israel could have been radically different if it weren’t for problems at the top level.” One would hope that the bilateral relationship would reach a better point, he added. Erdoğan noted, however, that “the Palestine policy is our redline, and it is not possible for us to accept Israel’s ruthless actions.”

Great power competition in the post-COVID era and the Biden presidency will present all players with fresh opportunities and challenges. Turkey is at the heart of key crisis zones and amid changing balances of power. Personally, my view is that Turkey, under Erdoğan’s leadership, will take advantage of those changing circumstances better than others.