Turkey’s expectations from the European Union 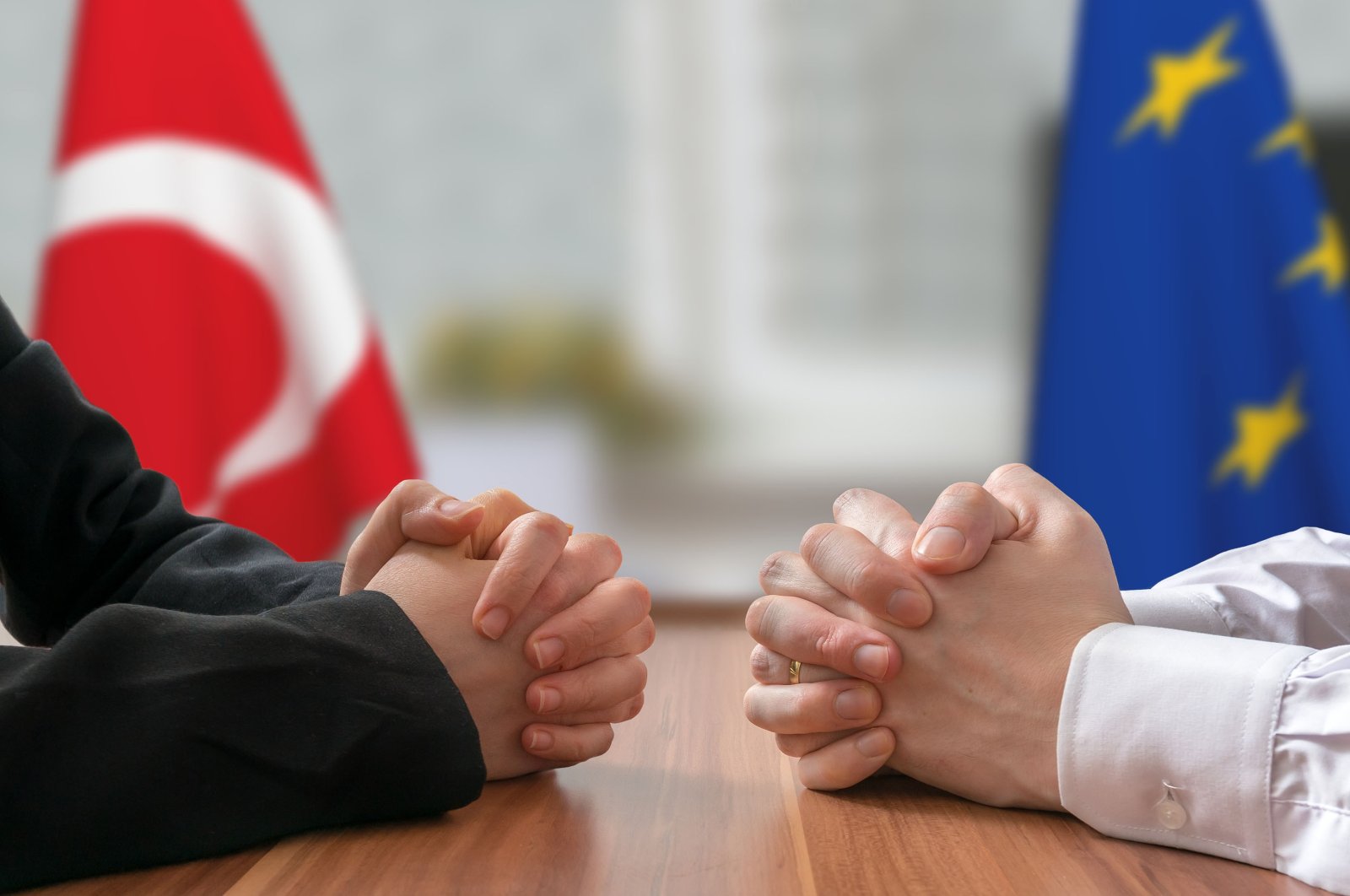 Politicians with clasped hands in front of Turkish and European Union flags. (Shutterstock Photo)
by Yahya Bostan Jul 02, 2021 12:05 am

Ties between Turkey and the European Union, which have been strained by relations with Greece, were discussed at the summit last week. Although decisions were taken in favor of Turkey, the current point is still far behind where we should be

The relationship between Turkey and the European Union has been strained for some time due to disagreements over Cyprus, Europe’s failure to support Turkey’s membership bid, its insufficient response against irregular migration and criticism of Turkey over the state of its democracy.

The Turkish-Greek escalation in the Eastern Mediterranean was the cherry on top. Upon realizing that Greece and the Greek Cypriots attempted to eliminate Turkish influence over the Mediterranean, through a series of agreements and initiatives, it responded with seismic studies and a parallel set of international agreements.

Those tensions spilled over to Libya, as the Turks concluded a maritime delimitation agreement with the Libyans to foil a Greek claim to an unlawful exclusive economic zone. Greece retaliated against that move by throwing its weight behind putschist Gen. Khalifa Haftar, a warlord that attempted to overthrow Libya’s legitimate and internationally recognized government.

The Eastern Mediterranean balance of power shifted, as the government in Tripoli survived thanks to Turkey’s support. In recent months, tensions have de-escalated with the help of German Chancellor Angela Merkel.

Ahead of the EU leaders summit in December, Ankara and Brussels were not on great terms. Some commentators even talked about European sanctions on Turkey. Last week’s summit, by contrast, yielded positive results for EU-Turkey relations: European leaders asked the European Commission to make an official proposal regarding financial support for Turkey and other nations dealing with the Syrian refugee crisis.

The Europeans are expected to allocate an additional 3 billion euros (TL 3.56 billion) to Turkey. At the same time, they also took note of the preparatory work for high-level dialogues on migration, public health, climate, counterterrorism and regional issues. The start of work at the technical level for the modernization of the customs union, too, was mentioned in the final communique.

The EU leaders’ summit represented a significant threshold for the pursuit of a positive agenda in EU-Turkey relations. I must mention, however, that the Turks expected more from that meeting. Here’s what my sources in Ankara thought about the summit’s outcome.

Turkish policymakers believe that the EU-Turkey relationship must be rooted in a positive agenda with a focus on Turkey’s membership bid. In this sense, sources said that they viewed last week’s summit as “generally positive.”

Still, they noted that “we have demonstrated our commitment to dialogue and cooperation, and lived up to our responsibilities to de-escalate tensions in the Eastern Mediterranean. The European leaders’ decisions regarding Turkey were nowhere near what was needed.”

In other words, the Turks accuse the EU of refusing to make concrete decisions about Turkey. They also downplay the new financial aid package for refugees, warning that Europe must not “reduce migration cooperation to money alone.” Instead, Turkish officials call for active cooperation and fair burden-sharing between Turkey and the EU in the area of irregular migration.

Some of Turkey’s concrete expectations from the EU are as follows: The Turks want the Europeans to support their accession process and launch an effort to modernize the customs union. At the same time, they urge the EU to restore the functionality of cooperation and consultation mechanisms.

Visa-free travel for Turkish citizens, together with a fresh approach to migration cooperation in light of new discoveries, is also a requirement. Finally, Turkish officials expect to work more closely with their European counterparts on counterterrorism.