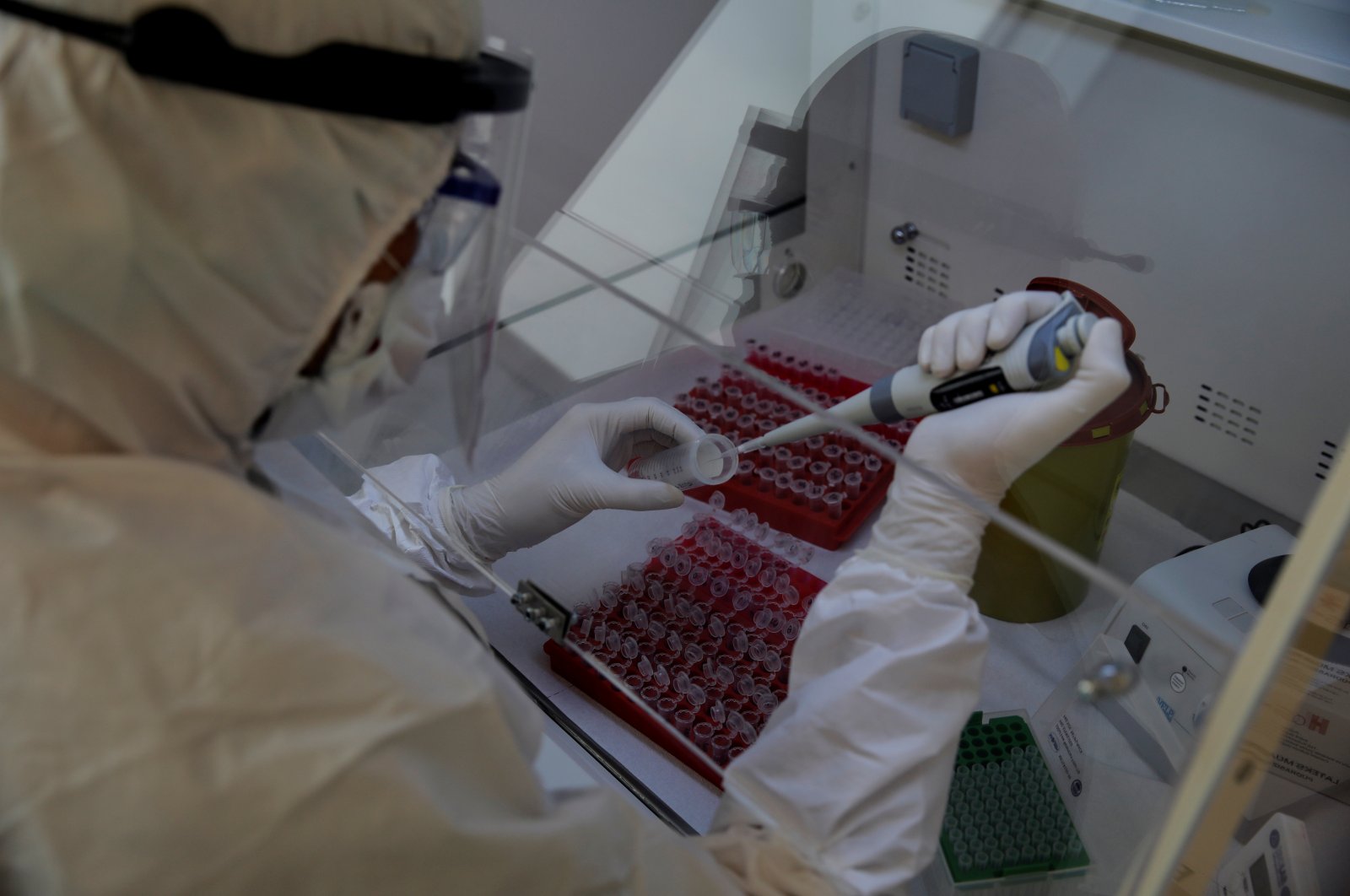 A biologist works on samples from test tubes to check if any of them tested positive for coronavirus at a laboratory in Istanbul, Turkey, April 14, 2020. (Reuters Photo)
by Ihsan Aktaş
Apr 18, 2020 12:05 am

During the last round of American presidential elections, "Make America Great Again" was the primary motto of Donald Trump’s campaign. The economic strength of the U.S. was indisputable, with the U.S. presiding over some of the biggest corporations in the world. Yet, the infrastructure of the country was far from sufficient to respond to the needs of the American people. In this sense, in order to address these great infrastructural issues, Trump’s presidential campaign echoed the promises of the first electoral campaign of the Justice and Development Party (AK Party) in 2002.

Thanks to the political stability ensured by its long tenure, the AK Party has since succeeded in surmounting great problems in terms of the economy and public infrastructure. In this respect, the AK Party especially concentrated on strengthening Turkey’s health infrastructure – not only by building hospitals but also by facilitating greater access to health services.

As Turkey’s economy continued to grow, public investments in health and transportation infrastructure have grown in tandem. Although the AK Party’s share of the votes was around 50%, our researches at the GENAR research institute demonstrated that 70% of the people supported the infrastructural investments of the AK Party.

Before the AK Party’s rise to power, Turkey’s health sector was insufficient to respond to the needs of a rapidly growing and urbanizing population. Both the quantity and quality of hospitals and health care providers were poor. People lacking social security were held hostage until they paid their hospital fees. Indeed, one of the first achievements of President Recep Tayyip Erdoğan in the health sector was a resolution to end the trials of "hostage patients" through legislation on social security.

The AK Party’s investments in the health sector were immediately supported by a great majority of the people. Inspired by such widespread public support, the AK Party embarked upon a massive campaign of building high-tech hospitals throughout the country.

Meanwhile, the AK Party addressed the problems in social security by not only reducing the price of health services and drugs but also extending the scope of social security to involve everyone from villagers and farmers to blue-collar workers and the unemployed.

In fact, the Health Ministry has always taken a great share in the national budget and made large employment-intensive investments. In this respect, the issue of "city hospitals" had become one of the main sources of political opposition against the government. These massive hospitals have been run and operated as a public-private hybrid partnership based on the build-operate-transfer model.

When the coronavirus pandemic suddenly emerged, health infrastructure climbed to the very top of most countries' political agenda. In Italy, France, Spain and the U.K., the health sectors were overwhelmed by the coronavirus outbreak.

Confronting the coronavirus pandemic with strong health infrastructure, Turkey has succeeded in managing the crisis. Thanks to 17 years of public investments in the health sector, Turkey has emerged prepared for one of the greatest crises in recent history.

Although the government has since summoned the aid of private hospitals in the national struggle against the pandemic, these have joined to treat those affected completely free of charge.

A chief physician attributes Turkey’s success in coping with the crisis of coronavirus to five factors: an efficient and punctual system of diagnosis, strong support for radiology, the successful management of treatment, strong health infrastructure and an all-encompassing social security system.

While the health sectors of some of the strongest economies in the world have faltered in the face of the coronavirus pandemic, Turkey stands on solid ground.