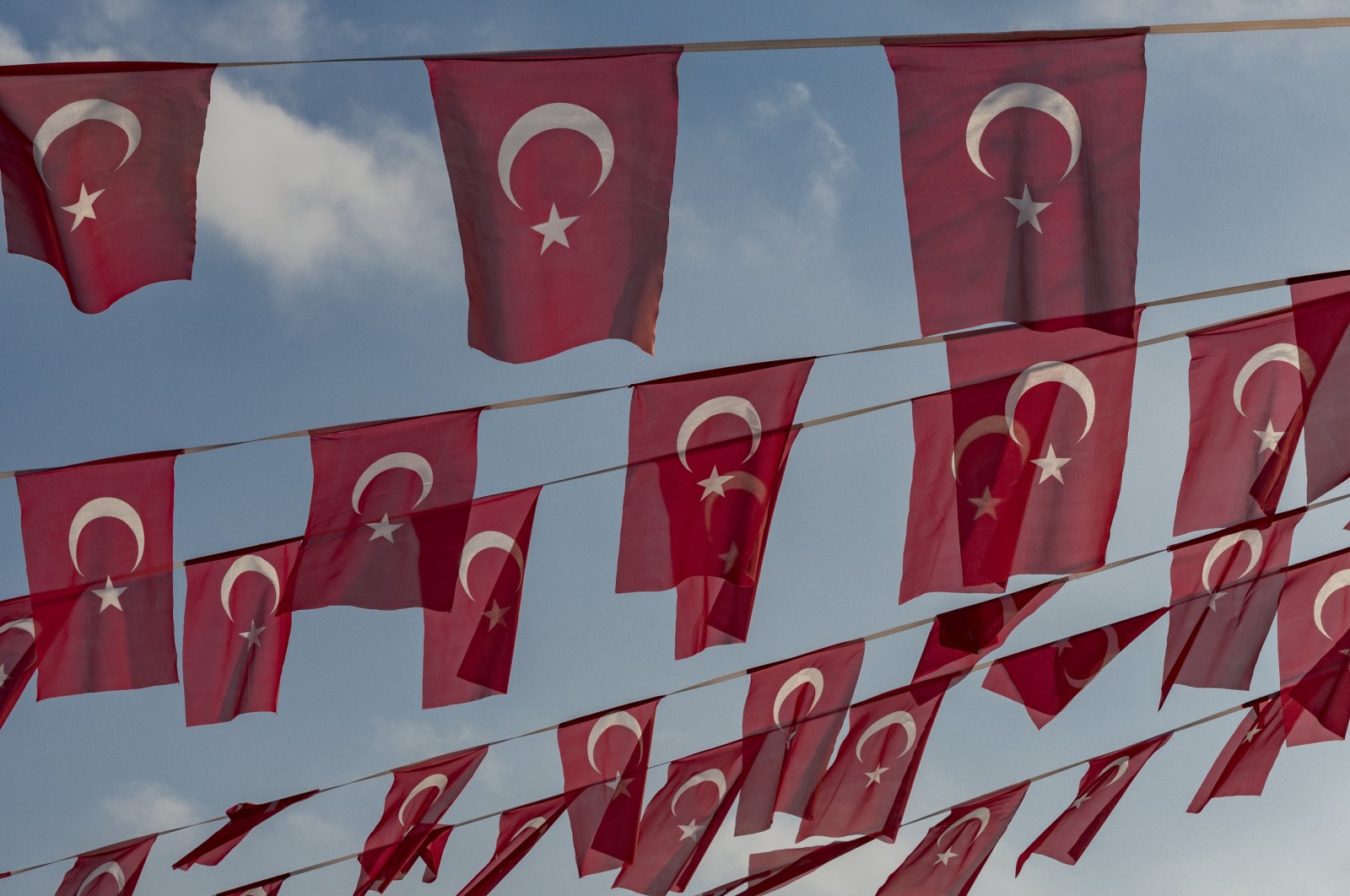 In this undated file photo, the flags of Turkey wave in the sky. (Photo by Getty Images)
by Burhanettin Duran Jun 30, 2022 12:05 am
RECOMMENDED

The opposition strongly reacted to Saudi Crown Prince Mohammed bin Salman’s recent visit to Ankara. The main opposition Republican People’s Party (CHP) Chairperson Kemal Kılıçdaroğlu accused the government of “bowing to the Saudi prince for a couple of dollars,” as pro-opposition commentators talked about “psychological supremacy” and “Turkey’s reputation” with reference to a photo published by the Saudi Press Agency. Others criticized normalization between Ankara and Riyadh, stating that “we have been strongarmed” and wished that “he had not visited.” They concluded that Turkey needed to “re-embrace traditional diplomacy and not meddle in the internal affairs of the Arabs.”

Such comments suggest that the opposition cannot adequately interpret President Recep Tayyip Erdoğan’s approach to diplomacy nor the rationale behind his administration’s policy of normalization. It goes without saying that the CHP leadership sees Turkey’s normalization with the United Arab Emirates (UAE), Israel and Saudi Arabia as depriving them of rhetorical ammunition. Hence their attempt to downplay the impact of regional normalization and their critique vis-à-vis Turkey’s “reputation.”

In truth, the ability to appreciate the geopolitical setting, in which that policy is being implemented, would render such criticism absolutely pointless. The Russian invasion of Ukraine marked the beginning of a new chapter in the geopolitics of the Middle East. Indeed, a decade of competition – which started with the Arab revolts and ended with the counter-revolutions – had already encouraged the regional powers to make fresh calculations. Moreover, an attempt to reshape the Middle East during Donald Trump's presidency in the U.S., which ultimately failed, had compelled the countries in the region to develop new relationships to cement their gains.

For the record, Turkey does not engage in unilateral normalization with the UAE, Israel, Saudi Arabia and Egypt. The ongoing process also reflects the interest of those nations in repairing their relations with Turkey.

Moreover, the normalization process, which involves Turkey, is one of four normalization attempts that have taken place in the region over the last two years. Normalization is also underway between Israel and the Arab states, among the Gulf states, and between Iran and the Gulf.

As the Gulf faces an increasingly serious security threat, Turkey exerts influence over the region through hard power and active diplomacy. Unlike the conventional wisdom, the country’s reputation is much better than in the past, when it refused to get involved in the Middle East. Indeed, people have been paying more attention to Ankara’s words and deeds since Turkey’s made a series of moves in Syria, Iraq, Qatar, Libya, the Eastern Mediterranean and Karabakh – places where the opposition questioned the necessity of Turkish presence.

There are also changes and a heightened level of activity in the relations between the countries in the region and the global powers, namely the United States, Russia and China. In a meeting with the Gulf Cooperation Council’s (GCC) foreign ministers in late May, Russia's Foreign Minister, Sergey Lavrov, tried to get the Arab states to remain neutral and refrain from increasing the price of oil. Next month, U.S. President Joe Biden will meet with the GCC leaders in Jeddah to persuade them to boost oil production.

The reasons behind the Biden administration’s rapprochement with Saudi Arabia, which it once described as a “pariah,” include the rise in oil prices due to the war in Ukraine, defending American interests in the Middle East, containing China’s influence over the region and deepening concerns over Iran’s nuclear program.

As the Gulf states enjoy an increase in hydrocarbon revenue, the line between the Gulf and the Eastern Mediterranean has been receiving attention from Europe and, by extension, the West – which seek to end their dependence on Russian energy. That attention translated into a boost in self-confidence for Saudi Arabia, Iran, Israel and Turkey among other countries in the region.

Nonetheless, there has been no settlement in Syria, Iraq, Libya or Yemen. Again, the conflict between Israel and Iran continues in the form of intelligence/proxy wars. Moreover, the Gulf’s concerns over Iran remain impossible to alleviate despite normalization efforts.

In turn, Turkey’s influence has been growing, globally and regionally, as a balancing power. In this sense, Ankara must refrain from becoming a party to regional polarization while remaining active in the region. It should work with all countries in line with its national interest and prioritize stability and cooperation. The country ought to rely on active neutrality and intense diplomatic efforts to achieve peace – as it did in response to the Russian invasion of Ukraine.

A new chapter is about to start in the region’s geopolitics and Turkey is on the right track.