Turkey’s soft power and its willingness to share it 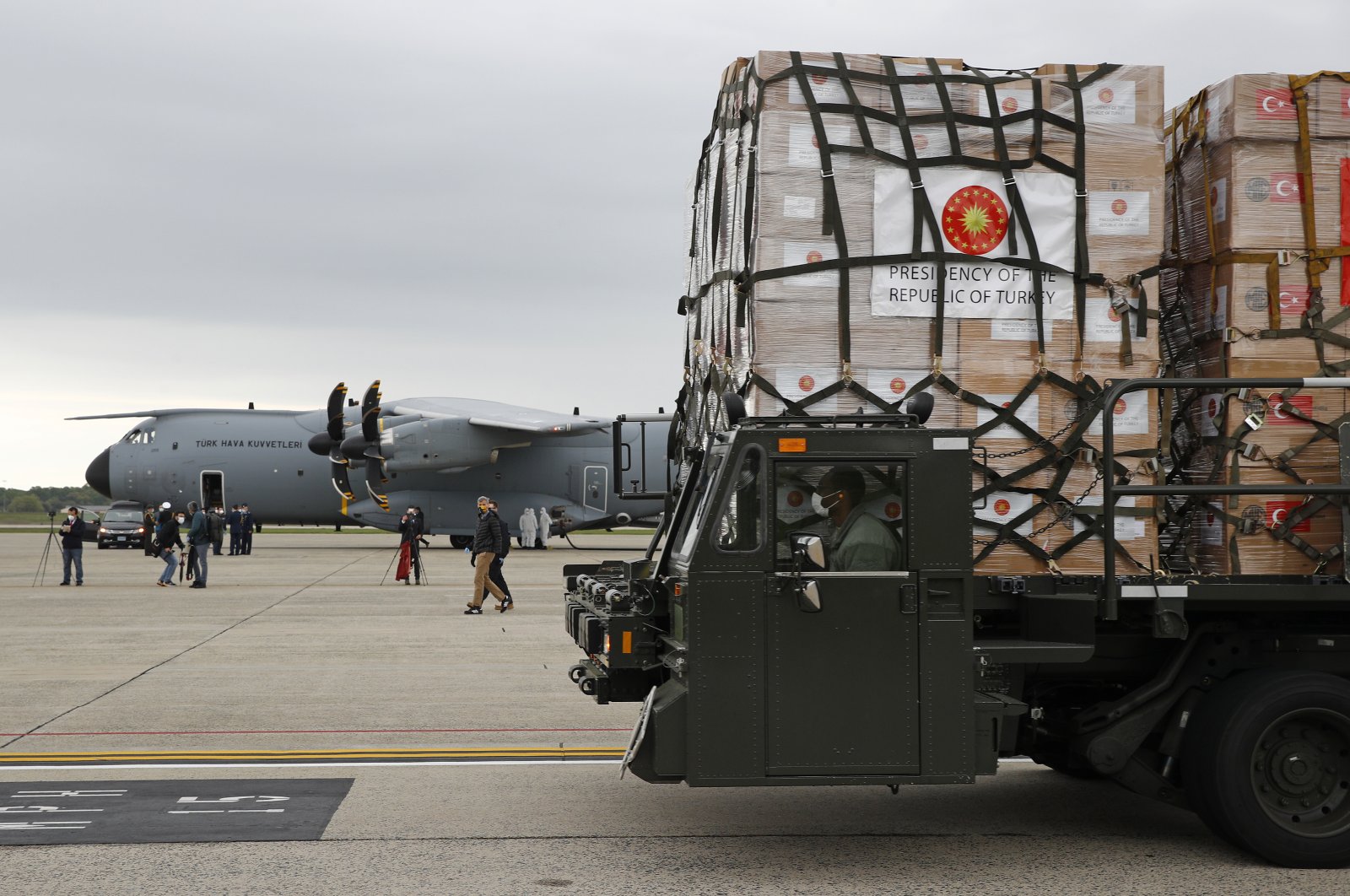 A U.S. Air Force vehicle carries a donation of medical supplies from Turkey after it was unloaded from a military plane, at Andrews Air Force Base, Maryland, April 28, 2020. (AP Photo)
by Nagehan Alçı May 02, 2020 12:05 am
RECOMMENDED

Turkey has received requests from more than 100 countries across the world seeking medical aid, including masks and other medical equipment. The country has already delivered supplies to 53 countries, from the U.S. to the U.K., China and many more.

The coronavirus pandemic has been a shock to the system for many countries, often highlighting major insufficiencies in their infrastructure and health facilities.

Turkey, on the other hand, has proven to be equipped to a point that goes beyond expectations. Ankara’s soft power has been on full display throughout the crisis.

Not only that, but President Recep Tayyip Erdoğan's government has also been very open to sharing this soft power with the world. It has come to the assistance of Balkan countries, engaged in corona diplomacy with the European Union and responded to a joint NATO initiative to send supplies to countries like Spain, Italy and the U.K.

Ankara’s help to Washington was also very meaningful. It helped the U.S. who is having the worst record of infections and deaths in the world. Not only that, Turkey has also announced that it will postpone the activation of S-400’s which was planned for this month. So, the pandemic not only showed Turkey’s power in health infrastructure and willingness to share it, but it also strengthened its ties with Washington.

Likewise, Turkey’s helpfulness has caused the EU to rethink its bias against Turkey in terms of the refugee crisis.

Turkey's aid as not only penetrated the West but also the Middle East. It sent 10 000 test kits, thousands of medical equipment, masks and medical staff across the region.

All in all, it can be said that the Erdoğan government’s investments in health infrastructure have yielded results in this global crisis. Further to aid operations overseas, the capacity of medical staff within Turkey has been more than sufficient in handling the COVID-19 crisis inside the country.

Of course, the pandemic is not yet over. On the contrary, scientists are talking about the possibility of a second wave, yet so far – given what Italy and Spain and the U.K. and the U.S. have been through – we as Turkish citizens can say that Ankara has performed rather well up until now.

Actually, the significance of cooperation will be remembered in this crisis. Despite having cut physical ties between the countries, the coronavirus has enhanced cooperation between governments.

Globalism seems to be under threat, but at the same time, it is globalism which makes the solution of the problem easier. In a global world, the spread of information is easier and the distribution of know-how is faster – making it easier for all to see a light at the end of the tunnel.