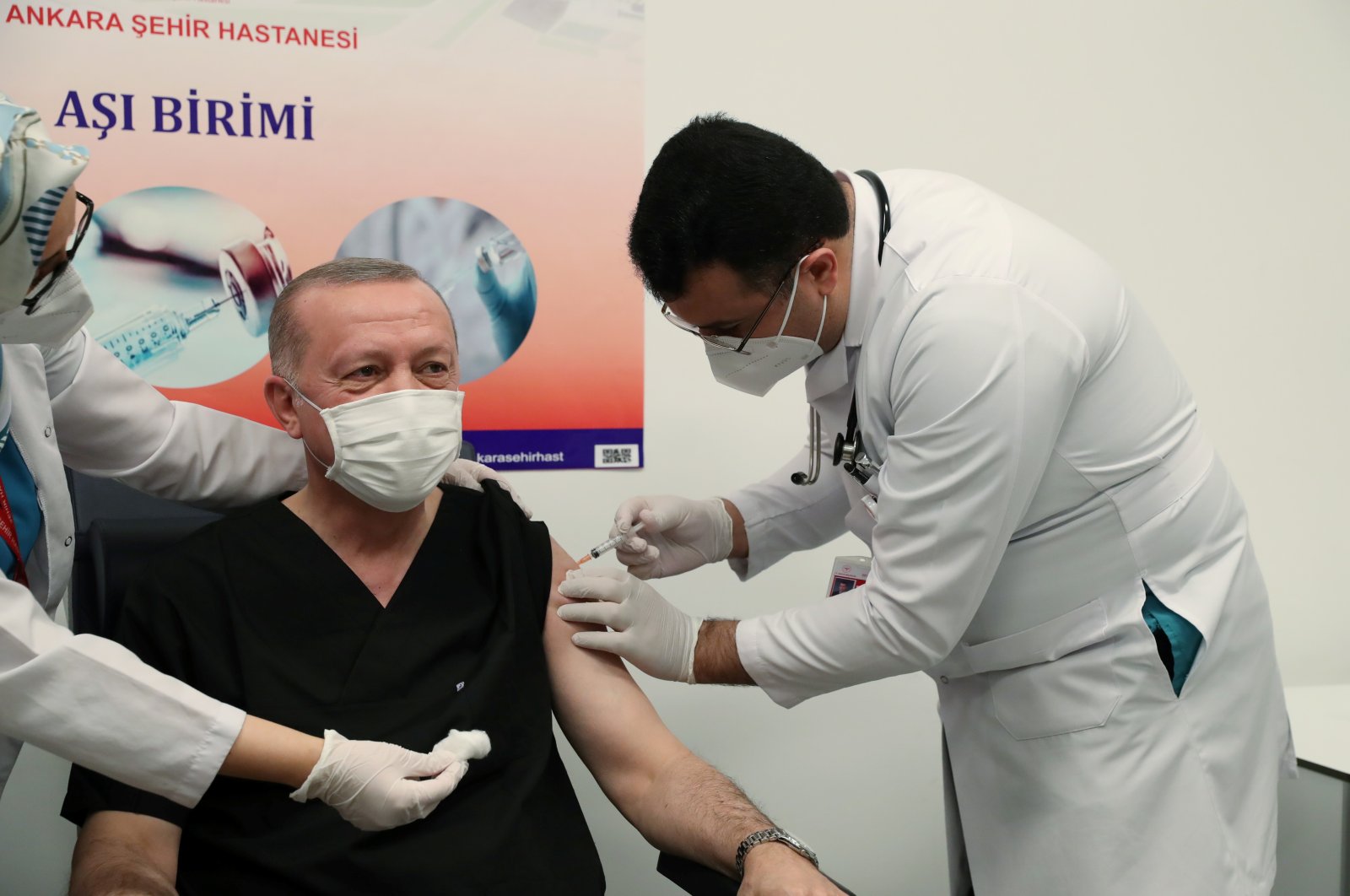 On Wednesday, the administration of COVID-19 vaccinations started in Turkey with Health Minister Fahrettin Koca and Scientific Advisory Board members becoming some of the first to receive a jab.

Health care workers have already received appointments for the shot, and hospitals and health care centers are ready to welcome millions of people.

I spoke with some members of the advisory board about the details. Koca and the board have diligently worked on a plan to distribute the vaccines as soon as possible to as many as possible, they said.

More than 3 million doses are ready for use, and the rest will be delivered in batches. Turkey has the capacity to vaccinate more than 1.5 million people in a single day but because social distancing should be considered, an appointment system has been set up to allow for 15 minutes between each injection. So, for the first days, the expectation is to vaccinate around 500,000 people.

The vaccination is free of charge. Information about the place and schedule is available to everyone on the public e-account. The shots are registered for each user and are nontransferable.

“It is our top priority to run the vaccination program in a transparent manner,” Koca said.

In different European countries like Britain, Germany and France, vaccinations started before the new year. But how fast and how many each country will vaccinate is still unknown. The doses they buy are announced, but the pace of the arrivals and administration remains unclear.

Turkey is home to a well-equipped health care system. The country already has extensive knowledge about vaccinations, so I believe Turkey will be able to vaccinate a large number of people in a short amount of time.

Over 3 million doses of the vaccine have already arrived, and others are on the way. Fifty million doses are expected to be delivered by March.

But since vaccination is not mandatory, we don’t know how many people will be willing to get vaccinated. I hope the number will be high. High numbers are a must to maintain public health.

There have been discussions about the protection level of CoronaVac, which stemmed from the research numbers that came from Brazil. Brazilian authorities have announced it to be 50.38% effective against the virus.

But in Turkey, this number is expected to reach 92%. In Indonesia, it is above 70%. So why the differences? How much can we trust the vaccines?

I asked these questions to one of the advisory board members, Hasan Tezer. He said that Turkey is conducting very careful research that is also being audited by international health authorities.

Concerning the data coming from Brazil, he said that there are political disputes in Brazil about CoronaVac, so it is hard to comment; however, even if we take 50.38% as an accurate assessment, it does not mean that 50.62% became seriously ill.

These numbers refer to those who suffered from a mild case of the disease. On the other hand, according to the data coming from Brazil, the vaccine offers 100% protection against severe and serious infections.

So, all in all, these numbers – despite the differences – offer evidence that the chance of contracting a severe COVID-19 infection drops to almost zero after receiving the vaccine.

It is vital for the population to get vaccinated. There is finally a light at the end of the tunnel. I hope the masses can be convinced to trust vaccinations worldwide. It has become very clear that global campaigns are a must.