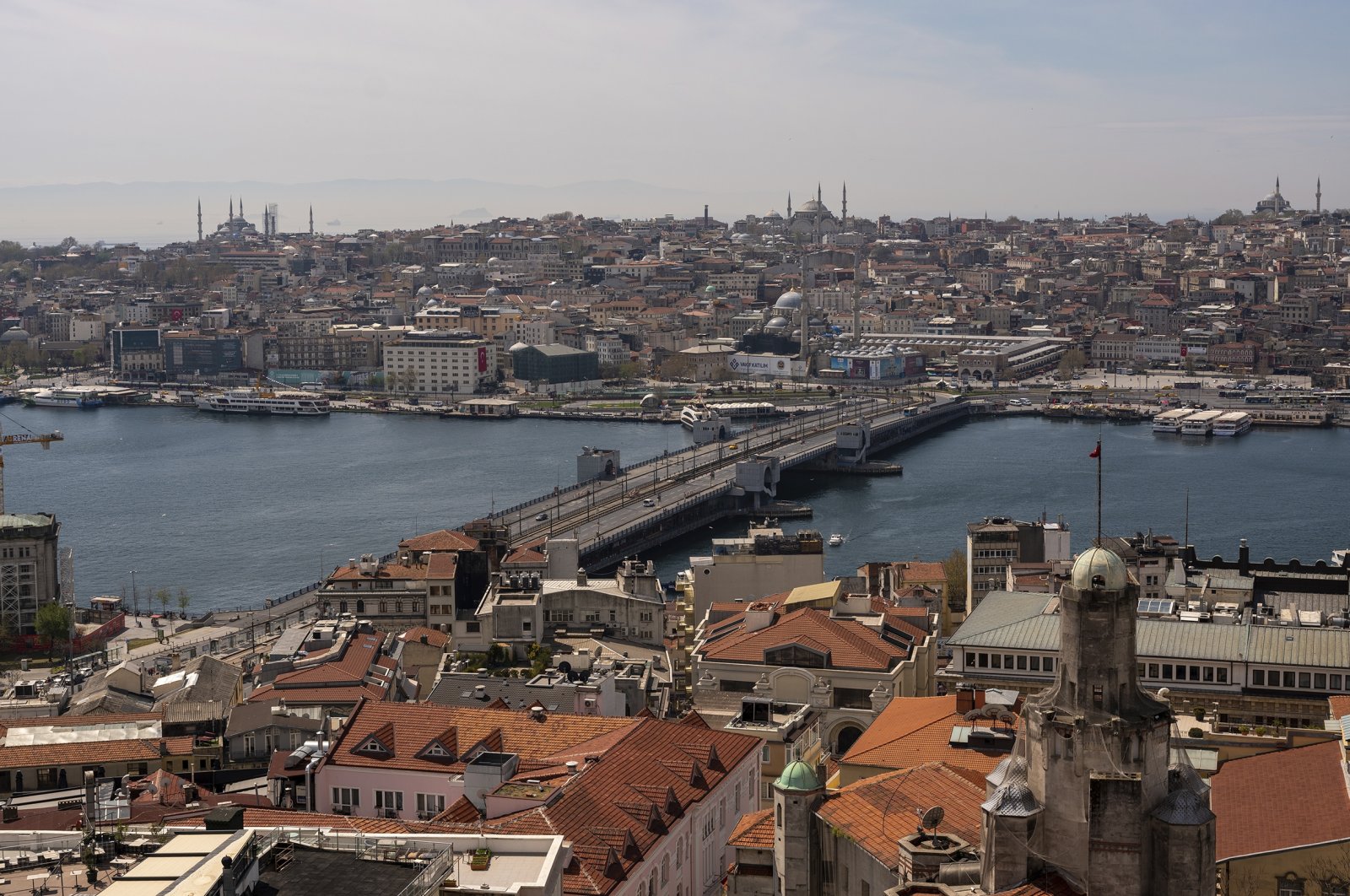 A general view of Istanbul seen from the metropolis' iconic Galata Tower amid the COVID-19 spread, Turkey, April 23, 2021. (Photo by Getty Images)
by Burhanettin Duran May 20, 2021 12:05 am
RECOMMENDED

Opposition leaders Kemal Kılıçdaroğlu of the Republican People's Party (CHP) and Meral Akşener of the Good Party (IP) continue to call for an early election, whenever they feel like it.

Although the People’s Alliance of the ruling Justice and Development Party (AK Party) and Nationalist Movement Party (MHP) repeatedly said that the election will take place as scheduled, the opposition remains adamant.

Their persistence is rooted in the need to talk about elections as a means to keep a range of opposition parties with different ideological backgrounds united.

After all, it costs the opposition absolutely nothing to call (or to set dates) for an early election that won’t happen anyway.

Let us recall that Akşener at one point claimed that Turkey would hold an early election in June – never mind that it wasn’t true. Opposition leaders will just come up with a new date to keep the campaign going.

Their actual concern is related to the alliances and presidential candidates that will contest the 2023 election. Opposition leaders frequently talk about those issues, as they attempt to create fertile ground for all their potential plans.

There was a time when they talked about the possibility of launching a third alliance – led by the IP or the Peoples’ Democratic Party (HDP).

Around the same time, DEVA Chairperson Ali Babacan’s claim that Turkey lost five years due to the opposition’s failure to endorse former President Abdullah Gül in 2018 was being discussed.

Babacan, who revealed that he was “at the heart of” the opposition campaign whilst serving as an AK Party parliamentarian, attempts to keep the possibility of a joint presidential bid alive.

Still, it seems unlikely that the opposition will actually settle on Gül (or anyone similar), given that the CHP has been emboldened by its victory in Istanbul.

In this regard, Babacan’s remarks and Kılıçdaroğlu's call on opposition leaders to unite around his plan for an “augmented parliamentary system” have similar objectives.

There is also talk about an electoral alliance, whereby cabinet positions will be allocated to opposition leaders ahead of the next election.

Indeed, some CHP politicians have recently laid the groundwork for an official partnership with the HDP by speculating that one or two HDP politicians may be offered cabinet positions.

In truth, that proposal was originally made by Selahattin Demirtaş, HDP’s former chairperson: “There will be a joint presidential candidate and three vice presidents. We will get a vice president and three ministries.”

Opposition leaders will presumably decide whether to cooperate in the first or second rounds based on opinion polls.

Likewise, the ongoing debate over Kılıçdaroğlu's potential candidacy is a tactical move intended to strengthen the CHP’s hand at the negotiating table. It was designed to encourage the IP to stomach a partnership with the HDP.

It is to be expected that Kılıçdaroğlu would resort to PR stunts to boost the credibility of his potential bid.

The CHP chairperson may also have been encouraged by the idea of allocating cabinet positions to opposition leaders.

If all opposition parties field their own candidates in the first round of the presidential election, the CHP candidate will probably finish second.

As such, Kılıçdaroğlu may think he has a shot in the second round by auctioning off cabinet positions.

As we get closer to the election, smaller parties like DEVA and the GP are expected to warm up to proposals and put their ambitions on ice until the first election after 2023.

It is simply unrealistic for these movements to dream of coming to power when up against President Recep Tayyip Erdoğan. They have made it abundantly clear that they are prepared to stand under the CHP’s umbrella to chase that dream.

Their statements and bargaining have already revealed that intention. Ironically, they take credit for AK Party’s accomplishments, without realizing that they stand to be wiped out under the current circumstances.

Here’s the current situation: The opposition prepares for the 2023 presidential election with a hybrid model. Their plan is to get their candidate in the Presidential Palace by allocating cabinet positions to various opposition parties.

They call for a return to parliamentarism and hope to defeat Erdoğan with the broadest possible coalition.