Turkish presence in Caucasus ushers in new balance of power 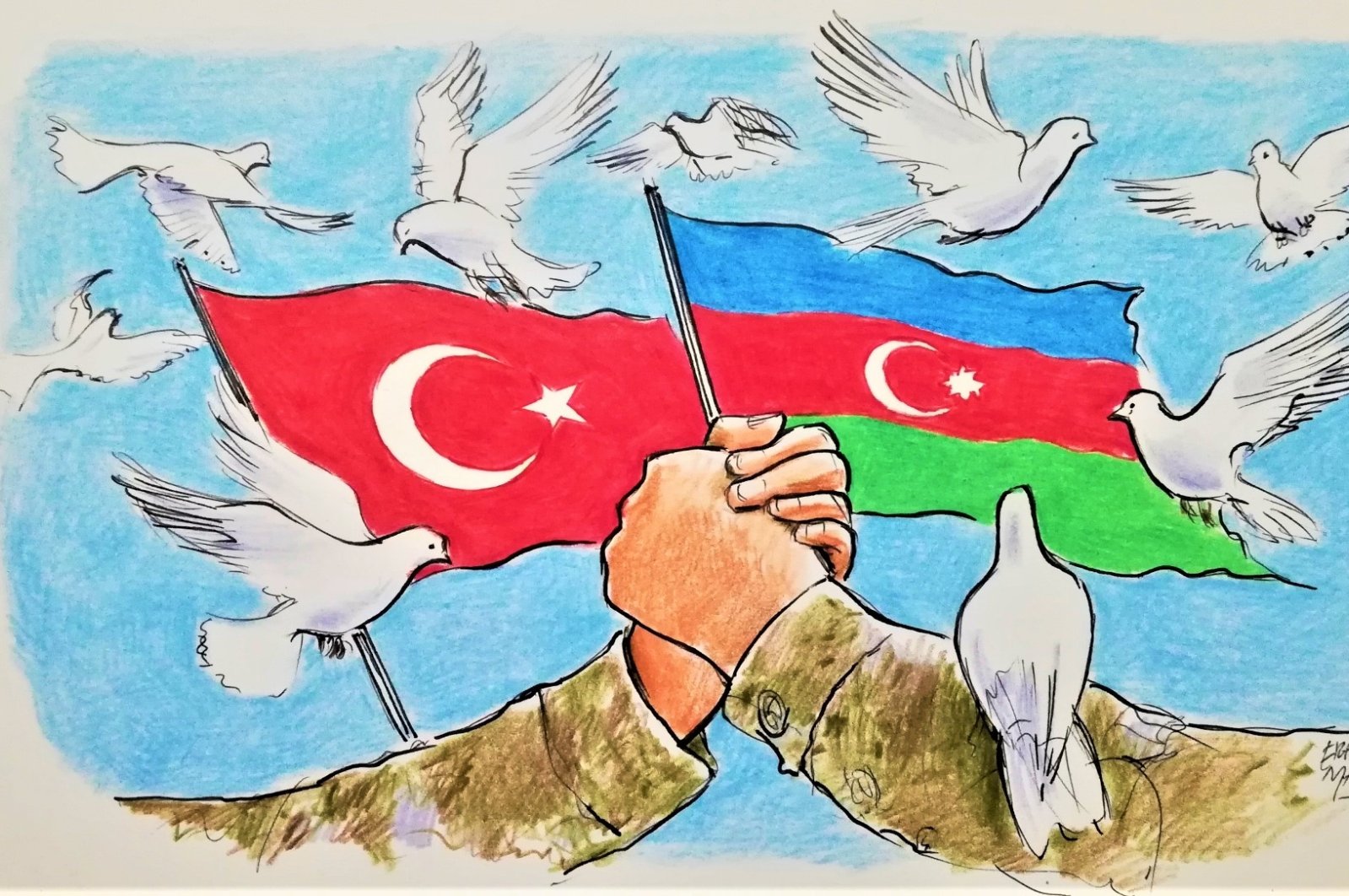 President Recep Tayyip Erdoğan attended last week a military parade in Baku, Azerbaijan, to celebrate that country's victory in Nagorno-Karabakh. His address, which reinforced the idea that Turkey and Azerbaijan are "two states and one nation," touched on three key points.

First, Turkey's military and air support played a crucial role in Azerbaijan's victory, which concluded 44 days of fighting. Ankara's contributions at Baku's time of need took bilateral relations to the next level. Azerbaijani President Ilham Aliyev, who consolidated his domestic support with a victory after 28 long years, knows the benefits of allocating a special place to Turkey in his country's multidimensional balance-of-power policy. Aliyev, too, appreciated the "Erdoğan factor" behind the liberation of Karabakh better than anyone. There will be more areas of concrete cooperation between Ankara and Baku, as Armenia is held accountable for the mass destruction of Azerbaijan's once-occupied lands and the rebuilding of those areas.

At the same time, Azerbaijan's surprisingly fast victory in Nagorno-Karabakh marked the beginning of a new chapter in the Caucasus, as a new regional balance of power came into being. In light of these developments, Russia must stop treating the region like a backyard it inherited from the Soviet Union, and accept Turkey's military and political presence there. Moscow must now work with Ankara.

Another important point was Erdoğan's offer of peace to the people of Armenia: "You must notice that encouragement from Western imperialists will not get you anywhere. The relationship must be reevaluated. If the Armenian people learn from what happened in Karabakh, that could be the start of a new era in the region."

If Yerevan fails to accept the new status quo, under the influence of Paris or some other capital and pursues a policy of revenge, it will only serve to destabilize the region and undermine the safety and welfare of the Armenian people. Armenia will end up getting squeezed between the West, Russia, Azerbaijan and Turkey if it attempts to fight this new reality.

What is needed, instead, is for the winds of peace to blow and for Azerbaijan and Armenia (and, simultaneously, Turkey and Armenia) to normalize their relations. Make no mistake: Normalization would serve Armenia's interests more than others. In this sense, Erdoğan's pledge to open Turkey's borders with Armenia, along with his call for a multilateral platform in the Caucasus, are revolutionary developments.

Last but not the least, the Turkish presence in the Caucasus signals the beginning of a new period in Turkey's relations with Central Asia and Iran. There is an opportunity to boost cooperation among Turkic states. A new geopolitical balance of power is emerging and it features the West, Russia, China, Turkey and Iran, which extends far beyond the Caucasus.

That geopolitical space spans between energy lines and China's Belt and Road Initiative (BRI). Again, the new balance of power in the Caucasus will strengthen bilateral relations between Ankara and Tehran in the medium term, as Iran takes into consideration Turkey's growing position in the region. That development will impact other aspects of the bilateral relationship as well.