UK owes its existence to Ottomans 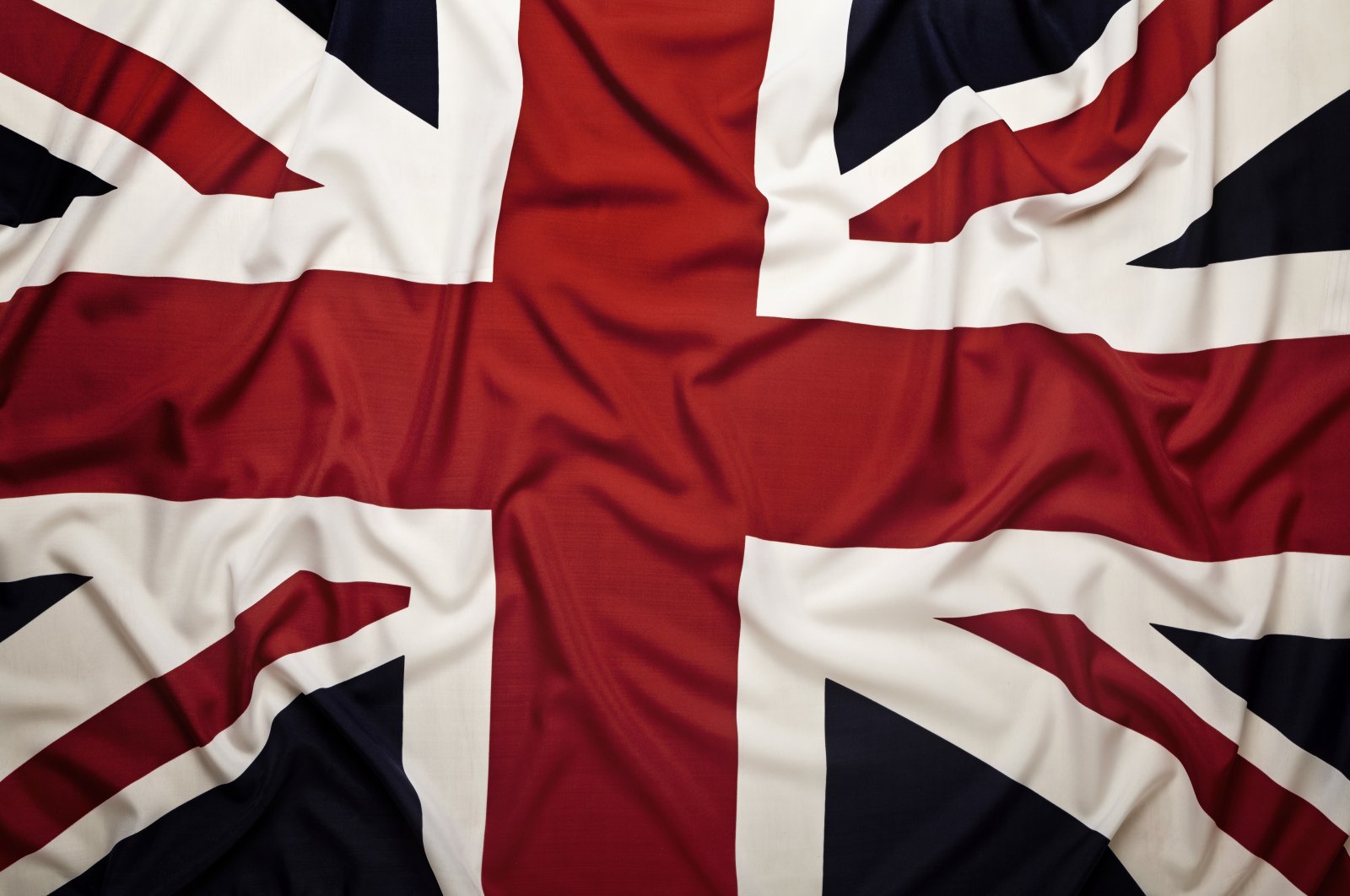 Apart from English King Richard I the Lionheart on the occasion of the Third Crusade and his return after being defeated by Saladin, the relations between Britain and the Turks started late. However, the bilateral ties have left their mark on recent history

English King Henry VIII, who is famous for marrying six times and establishing his own denomination by defying the pope, sent an envoy to the Ottoman Empire during the reign of Sultan Suleiman, known as Suleiman the Magnificent, who aroused great admiration in Europe.

According to American historian Fairfax Downey, who wrote a biography of Sultan Suleiman entitled “The Grande Turke: Suleyman the Magnificent, Sultan of the Ottomans,” this delegation examined the Ottoman political, financial and judicial system – in other words, the secrets of the superpower – and prepared a report to be presented to the king. The king took the step of making England one of the most powerful states in the world by embarking on a reform in this direction.

English ambassador pleads with the sultan

Spain was the second most powerful state in the world. The Ottomans, who were at war with Safavid Iran, did not want to go to war directly with Spain. On the other hand, the Turks were supporting the two enemies of Spain: England and France. The Ottoman government, which wanted to separate Austria and Spain, granted England the privilege of freely trading in Ottoman ports under the English flag in 1581, as the third state after Venice and France. This trade was to be conducted through the Levant Company.

This also gave an advantage to the Ottomans at war with Spain and Iran. It was also a great success for Queen Elizabeth I of England, who was in a life-or-death struggle with Spain because they knew that once King Felipe II made peace with the Ottomans, Spain would side with Austria-dominated Holy Roman Empire and invade England and then France with its "Invincible Armada." Even the smallest gesture of the Ottomans brought great joy in England. As a matter of fact, the seizure of four Spanish ships in the Indian Ocean by the Ottomans created a festive atmosphere in London.

The first permanent ambassador of England in Istanbul, William Harborne, almost begged Sultan Murad III to get help from the Ottoman Navy against the Spanish Armada. The queen wrote friendly letters and sent gifts to Sultan Murad III, the Ottoman statesmen, and even to Safiye Sultan, the sultan's wife. In the letter she wrote to the sultan, the queen stated that they did not worship statues like the Catholics, whom she called pagans. She wanted at least 60-70 galleys to be sent to fight the Spanish Armada, provided that the costs were covered by England .

In the letter he sent to the queen, the sultan said that “the queen of England will be treated in the same way as those who were friends with the Ottoman sultans in the past and were protected." In 1587, thanks to the Ottoman Navy's spring maneuvers in the Mediterranean, the Spanish Armada was divided into two. In this way, the English were able to defeat the Spaniards. Spain never regained its former power and position.

England, the Netherlands and even France owe their existence to this event. As a matter of fact, a few years ago, The Guardian mentioned this with the news titled "Why we must thank the Turks..."

The next English ambassador, Edward Burton, joined the sultan's expedition to Hungary. He died in 1597 and was buried in Heybeliada, an island near Istanbul.

Europe, which on one hand discovered the world and established colonies, also became rich with gold, silver and raw materials coming from the New World. Britain started the Industrial Revolution and after the Napoleonic Wars. It became the most powerful state in the world in 1815; however, it was only able to carry this title for 130 years.

Britain, fearing the strengthening of Russia, wanted the Ottoman Empire to survive for several centuries. Its policy was "Nor die, neither live." For this reason, the British prevented the French invasion of Egypt in 1798. It even helped the Sublime Porte against the governor of Egypt, who was provoked and revolted with French support.

When an Ottoman-friendly government came to power, Anglo-Ottoman relations were set to improve. Indeed, this was the case during the time of Prime Minister Benjamin Disraeli. Sultan Abdülmecid was in favor of getting along with this most powerful state in the world. Along with France and Sardinia, it became an ally of the Ottoman Empire in the Crimean War of 1854. Some 50,000 young British soldiers died for this cause. The graves of some are in Haydarpaşa in Istanbul.

Britain saw this victory as an opportunity for the full invasion of India. Grand Vizier Reşid Pasha was a supporter of the British. He was close friends with Lord Stratford Canning, the British ambassador in Istanbul. Its policy has always been parallel to London. Lord Canning was even called the “shadow grand vizier”. The Baltalimanı Trade Agreement was signed in this period and great commercial concessions were granted to Britain.

Sultan Abdülaziz also stopped in London during his European trip in 1867. Queen Victoria gave him the Order of the Garter. During this trip, the marriage of Crown Prince Murad Efendi, who was admired for his handsomeness and kindness, to the daughter of Queen Victoria was proposed. If accepted, when he ascended the throne, Istanbul would have been completely under British influence. Sultan Abdülaziz refused the offer.

In the last days of Sultan Abdülaziz, the Ottoman government established close relations with Russia. The sultan was afraid of Russia's policy of moving south. Disturbed by this, Britain made one last move. The British wanted to dominate Ottoman politics through the bureaucrat Midhat Pasha, who was a sympathizer of Britain. Sultan Abdülaziz was overthrown in a coup in 1876. He was replaced by Sultan Murad V.

A sympathizer of Britain, the new sultan became friends with the Prince of Wales during his trip to Britain with his uncle. Three months later, however, he began to have mental health issues and was deposed. Instead of his brother, Sultan Abdülhamid II ascended the throne. In the 1878 Ottoman-Russian War, Britain did not support the Ottoman Empire. But when the war was over, it helped to reduce the casualties. In return, the British received a temporary base on the island of Cyprus but never gave it back.

Sultan Abdülhamid II followed the British friendship policy of his father, Sultan Abdülmecid. But at that time the global geopolitical balance had changed. Germany emerged; Britain had agreed with Russia against this new rival. This meant the end of the balance policy of Sultan Abdulhamid. As a matter of fact, Britain invaded Egypt in 1882.

When Britain began to colonize the lands where Muslims lived, it was afraid of the Ottoman caliphate since it feared that with merely a word from the caliph, the Muslims there could revolt. For this reason, the British based its policy in the second half of the 19th century on weakening and overthrowing the Ottoman caliphate.

While Britain was supporting Arab nationalism, it began to propagate that the Ottoman sultans were not from the Quraysh tribe and therefore did not have a legitimate right to the caliphate. Thus, the relations between Istanbul and London strained. The British supported the Young Turk opposition, paving the way for Sultan Abdülhamid's dethronement.

However, power fell into the hands of the Germanophiles among the Young Turks. It is believed that Britain was behind the counter-coup attempt on April 12, 1909. This counter-coup did not succeed. But on this occasion, Sultan Abdülhamid II was deposed. He was succeeded by his older and low-profile brother, Sultan Mehmed V.

The disasters that the state was dragged through as a result of the Young Turks' alliance with Germany benefited England. Ottoman provinces in the Middle East were occupied by Britain and its ally France. The British were in Istanbul for the second time in 1918 after 1854, but this time as an invader. Former U.K. Prime Minister David Lloyd George provoked the Greeks, whom he admired, to invade Izmir while also remaining neutral toward the nationalists struggling against them. He captured the caliph in Istanbul.

During the Istanbul-Ankara struggle, the British implemented the usual wait-and-see policy. If Ankara won, it would have been freed from the caliph. If Ankara lost, Istanbul was already in British hands. When Ankara won, it seemed to get along with the new state. Turkish republic founder Mustafa Kemal Atatürk and Britan’s Ambassador Sir Percy Loraine established good relations. King Edward VIII came to Turkey in 1936 and visited Atatürk.

Britain was the one actually defeated in World War II. It was financially destroyed. It lost all its colonies and had to abandon its imperialist policy which was the main reason of almost all the troubles in the Middle East today. But it continued to have a say on a global scale thanks to its solid system and powerful intelligence service. Since 1923, relations between London and Ankara were generally cordial apart from brief periods of crisis, and based on mutual interests. There is no room for sentimentality in diplomacy; everything is based on profit.