UN must actively get involved in Idlib crisis 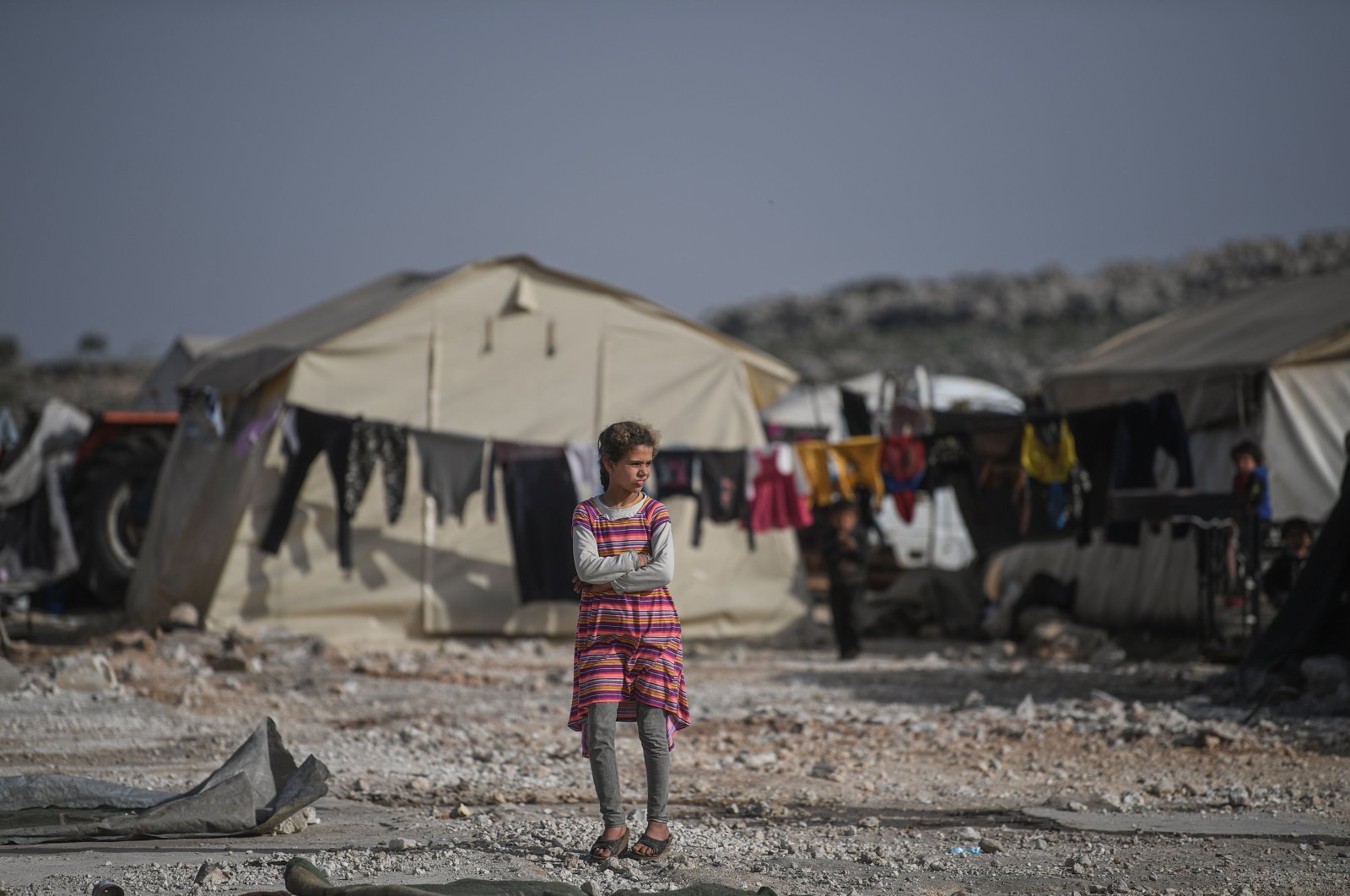 A displaced Syrian girl looks on at a makeshift camp in Kafr Lusin village on the border with Turkey in Syria's northwestern province of Idlib, Tuesday, March 10, 2020. (AFP Photo)
by Ihsan Aktaş Mar 14, 2020 12:05 am
RECOMMENDED

The balances of the world were upset once more again after the Cold War ended and could not be achieved again. The United States assumed the role of the only gendarmerie of the world for a short period and named this order "the new world order." While the right to attack a country during the Cold War period was based on a "rightfulness" approach and the "justice principle," we saw that world politics became “I will occupy if I have benefit” in the new world order when the U.S. became the gendarmerie of the world.
Invasions of Afghanistan and Iraq did not bring peace to these countries during the post-Cold War period. There was chaos for decades in these countries. Furthermore, terrorist organizations such as al-Qaida and subsequently Daesh and the al-Nusra Front emerged from these countries at the same time. The neocon administration thought it would be greeted with flowers when it entered Iraq with loud rhetoric, but that was not the case. It is a fact that both the pro-Saddam Hussein Sunnis and Iraq's opposing groups incurred permanent losses to the U.S. soldiers.
The beginning of the Syrian civil war came during the era of Barack Obama, who was working in a mode of confusion when it came to foreign policy. The U.S. has made so many wrong moves that it now cannot get rid of these mistakes, no matter how much it tries.
Washington's hesitant attitudes in Syria and its inability to choose the right allies were the biggest mistakes of the U.S., and this caused Russia to return to the Mediterranean as a powerful force, as it was during the Cold War period. Today, Russia has become the most effective policymaking country in Syria and the Mediterranean Sea.
The United Nations, which has lost its effectiveness in the post-Cold War period, does not perform any function other than inviting the Security Council to meet from time to time and calling extraordinary gatherings in some crises.
The Idlib problem, which is the most complicated part of the Syrian problem, has almost become a spur. Despite being repeatedly declared a zone where conflicts should be prevented, Idlib still looks like a bomb ready to explode, and only civilians, including women and children, die whenever a conflict is sparked.
Once the Syrian regime and Iran had left the region, especially Aleppo, they exiled both the clashing opponents and the people of the region to Idlib city and allowed people to go to Idlib by bus. Today, 4 million people live in a city which was home to 1 million people before the war, and at least 21 armed radical groups are active in the region. These radical fighters are today called Hayat Tahrir al-Sham (HTS).
Who are terrorists in the eyes of Iran and the Bashar Assad regime? We can include Russia in this duo as well. Those who are opposed to Russia, Iran and Assad are considered terrorists. Therefore, when clashes begin in Idlib, Russia and Iran bomb schools and hospitals, and they do not distinguish between civilians and armed groups while they are bombing and clashing.
A cease-fire was signed in Idlib between Turkey and Russia, but clashes began again after some time. Turkey defends the territorial integrity of Iran, Syria and Russia. The continuation of conflicts in this region means that at any moment, 1 million refugees will hit the road to the European Union by passing through Turkey's territory. Turkey no longer has the capacity to accept all the refugees, even if Turkey provides humanitarian assistance and support to the millions within its borders. Turkey lacks the capacity to accommodate more refugees.
Today, the U.N. should actively partake in the Idlib issue. First and foremost, it should put forward a framework for the rehabilitation of armed groups. In addition, refugees in the EU should also actively get involved in discussing the fear that these refugees will knock on the EU's door one day. The conflicting parties in Syria include the U.S., the PKK, Russia, Iran, Turkey and the Assad regime; however, the conflicting parties in Idlib are from Saudi Arabia and the United Arab Emirates. Saudi Arabia and the UAE should contribute to the situation while seeking a solution.
The bottom line is that agencies of the UN should undertake immediate action for a solution to the Idlib problem and contribute to the resolution process.