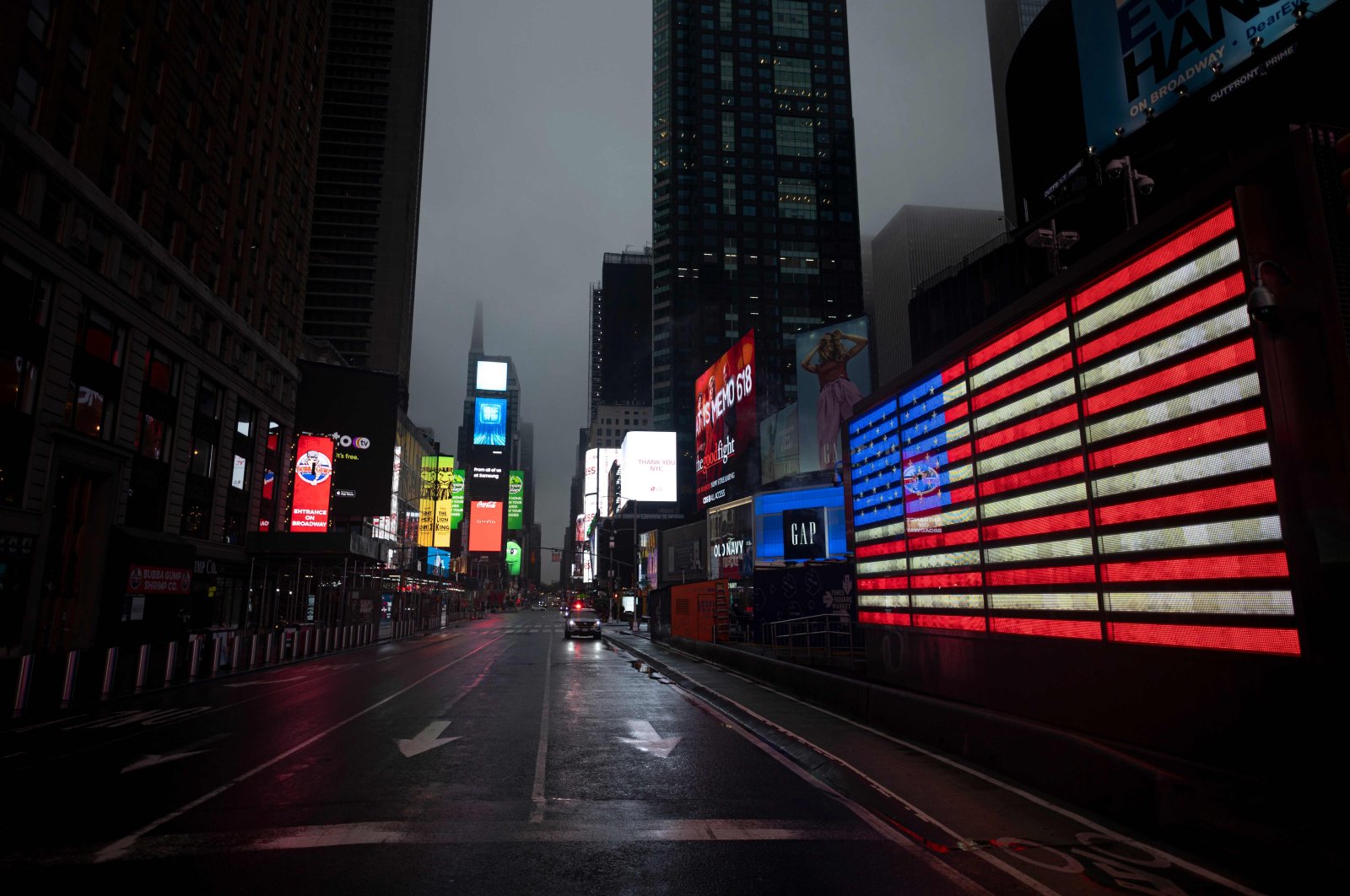 The collective hypocrisy of the rich and prosperous, making up 65% of the population in the Western countries, dragged them into a severe weakness in health and education services, which should be provided to the entire society in a certain standard and volume.

This is why, after experiencing a severe trauma to the health services during the coronavirus crisis, which they view as one of the most indispensable factors in terms of living standards, the white-collar middle class intensified its questioning of the West.

Especially the diaspora that includes white-collar Indians, South Koreans, Indonesians, Kenyans, and Turks who held important jobs and positions in the Western countries with their intelligence and skills, are now shocked to be deprived of the most basic health services needed to protect themselves and their families.

The U.S. is experiencing a loss of respectability during the coronavirus crisis, which is similar to the disruption it suffered from during the Vietnam War in terms of its global image and competence in basic living standards.

The first Vietnam Syndrome caused serious damage to the U.S. image in terms of humanitarian tragedies in the Vietnam War. People who used to say “I am an American first,” started saying “I am actually of Irish descent,” “My family is actually Spanish,” “We are actually from Italy.” It took years for the U.S. to correct its image as a state and country before its own society.

Today, the white collars who pay tens of thousands of dollars for the extremely inadequate health care services are undoubtedly questioning their living standards.

Turkey, in the fight against the coronavirus, has gained invaluable respect with its health care system, hospital infrastructure and more importantly, with its health army, who are all heroes, and its medical equipment aid to more than 40 countries.

This would mean for the Turkish diaspora, for our scientists and brains abroad, reverse migration may take place. The transition process to the new world order after the coronavirus outbreak is overcome will be a period where Turkey’s rise and indispensability in Eurasia will be strengthened.

Health Minister Fahrettin Koca’s statements show how strategically important it was for Turkey to establish a control center and a scientific committee against the COVID-19 pandemic.

This strategic step allowed us to quickly ban international flights from various countries and close Turkey’s land border crossings. Thus we could continue Turkey's production and exports at a high pace until mid-March. Our exports broke the historic record of the Republic in the first two months of the year.

For this reason, we will be among the rare countries that closed the first quarter of 2020 with positive growth. Let's keep in mind that while I insistently continue my prediction for gross domestic product (GDP) growth in real terms at 6%, France experienced a GDP contraction of 5.8% in the first quarter, and all EU countries contracted by 3.8%.

This is why, after the “moderate cooling” that we will experience in the second quarter together with the whole world, our potential to return to positive growth in the third quarter is quite high.

As Turkey, we isolated 85% of the population with a stay-at-home advisory to halt the spread of the virus while ensuring the continuity of the agriculture and food production, manufacturing industry activities, wholesale and retail trade, transportation, international logistics and transit trade with 15% of the population. Turkey has made a decisive effort to get through the fight against the virus period with “moderate cooling.”

Many countries, especially the EU members, had to leave crops in the field and had serious disruptions in food production in the same period.

Successfully managing this process while balancing continued production and isolation, will allow us to minimize the cost of the pandemic to the Turkish economy in terms of real sectors. More importantly, it will also allow Turkey to be one of the rare countries to make a strong come back during the normalization process.

In the meantime, with both the limited decline in the demand side and no stoppages on the supply side, we will witness that this process will have a positive impact on inflation.

As a matter of fact, in line with the Central Bank of Republic of Turkey’s (CBRT) inflation report, CBRT head Murat Uysal emphasized that they revised the year-end inflation forecast from 8.2% to 7.4% and that the downward trend in inflation will accelerate by mid-summer.

Turkey's strategy to uninterruptedly continue agriculture and food production allowed the CBRT to revise its forecast on food inflation down by 0.3 percentage points. Due to the severe crash in global oil prices, Turkey will experience both price stability and leeway in terms of financial stability, in both trade and current account deficit.

As the world economy enters the normalization process, the possibility of re-attaining records in exports as the fastest "supplier" country will undoubtedly be positively reflected in the growth rates during the third and fourth quarters.