What are the new formations in Turkish politics? 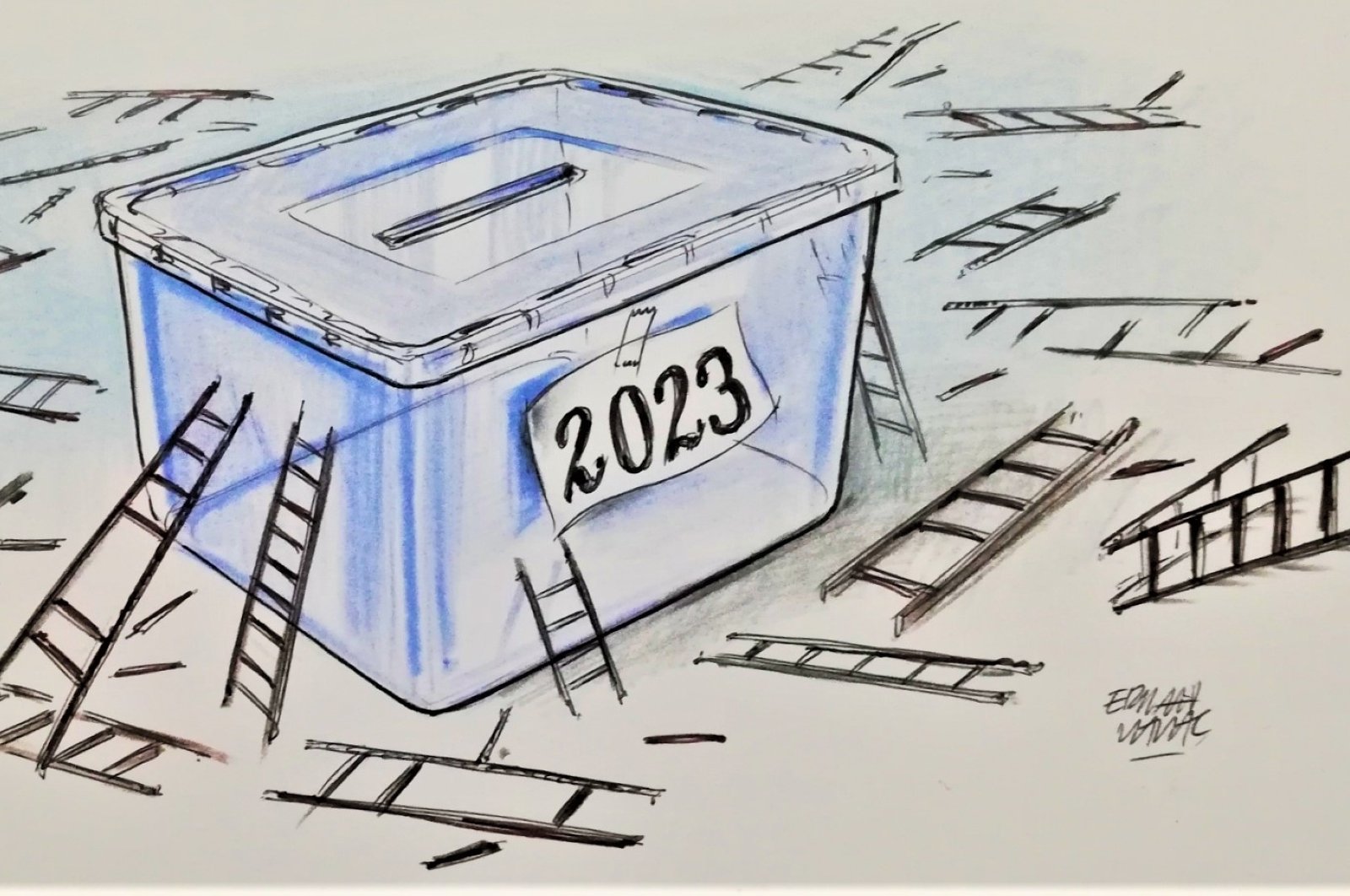 The main opposition leader's call for an early election did not find much support in Turkey's political arena because all watches in Ankara are set to 2023. In the absence of extraordinary development, the country will hold its next presidential election in three years. That election will further consolidate a new brand of politics that the presidential system entails: a system of electoral alliances.

Contrary to the parliamentary system, presidentialism requires the various political parties to form alliances and coalitions before election day and thereby allows voters to choose between those camps. In 2018, the ruling Justice and Development Party (AK Party) and the Nationalist Movement Party (MHP) formed the People's Alliance and jointly endorsed President Recep Tayyip Erdoğan's bid.

The CHP, along with the Good Party (İP) and the Felicity Party (SP), joined forces under the Nation Alliance. Having failed to nominate a joint candidate for president, the main opposition party endorsed Muharrem İnce, whereas İP chairperson Meral Akşener contested the election separately. In the end, Erdoğan won the race on the People's Alliance ticket.

One of the byproducts of this electoral alliance system is predictability. Under the parliamentary system, political parties contested elections alone, only to form coalitions with rival factions, often amid objections from their own supporters. As such, the political arena did not necessarily reflect people's preferences. The presidential system addressed that problem.

Secondly, presidentialism empowered relatively small political parties by making them more relevant in national politics. Since the new system of government encouraged political parties to partner up with others, larger movements find themselves compelled to win over marginal parties in order to pass the 50% threshold. This, in turn, adds to the importance of weaker political movements. The SP, among others, managed to make a notable impact on the Nation Alliance's platform before and since the 2018 elections – despite receiving less than 1% of the popular vote.

The prospect of marginal parties playing some role in future electoral alliances has encouraged certain politicians, who have been sidelined in Turkey's major political parties, to launch their own movements. Hence the recent increase in the number of parties across the political spectrum.

Former Prime Minister Ahmet Davutoğlu and former Finance Minister Ali Babacan left the AK Party, hoping to become part of some larger coalition as junior partners. According to various opinion polls, those movements enjoy less support than initially anticipated. Still, both politicians intend to keep their cards close to the chest – despite flirting with the CHP-led Nation Alliance.

Similar developments are taking place within the pro-opposition Nation Alliance. The main opposition CHP's perceived ideological transformation – against the backdrop of party members accusing their leaders of drifting away from Kemalism and the rise of far-left politicians problematizing Mustafa Kemal Atatürk's legacy through the ranks – fueled discontent within the party organization.

İnce, who ran for president in 2018, consequently started a rebellion and took initial steps to launch a new movement. Keeping in mind that İnce, a hardliner, is unlikely to win over People's Alliance voters, he obviously intends to enter into talks with the Nation Alliance to get the opposition bloc to endorse his presidential candidacy in 2023. That scenario would put the Nation Alliance in a difficult spot.

According to sources, the CHP chairman has been looking for alternatives and reached out to Babacan in an attempt to keep former President and AK Party member Abdullah Gül in the running. Since Akşener will presumably run for office herself, as she did in 2018, the pro-opposition coalition is likely to experience certain problems. In contrast, the People's Alliance has already endorsed Erdoğan's re-election bid.

At the same time, it is important to note that İP has been experiencing similar problems with disgruntled heavyweights. No less than 15 members of the İP caucus have reportedly rebelled against the party leadership and it remains unclear whether they will stick around or launch an independent movement, similar to İnce's, under the right leadership.

Last but not least, there are important developments taking place within the Peoples' Democratic Party (HDP) – a far-left party with organic ties to the terrorist organization, PKK.

Against the backdrop of PKK's violent attacks and Turkey's crackdown on terrorist networks, HDP has effectively lost all its legitimacy. To make matters worse, that party has been accused of recruiting members to PKK and a group of aggrieved mothers, whose children have joined the terrorists, have been protesting outside the HDP headquarters in Diyarbakır for months. The protestors say their children visited the HDP's provincial office before joining the PKK. Some of them participated in acts of terrorism and others have since been killed by the security forces.

In recent weeks, the Turkish authorities arrested a number of HDP leaders over the killing of 50 people in October 2015 – a turning point in the movement's history. In light of those developments, several prominent members of the party, including Altan Tan and Ayhan Bilgen, who themselves were targets of recent counter-terror operations, publicly criticized the HDP leadership for failing to distance their party from PKK terrorism.

Turkey's successful crackdown on PKK has deprived HDP of its traditional safeguards. Whether that line of criticism will result in the establishment of a new, democratic, legitimate and nonviolent movement, seeking to win over the Kurdish vote, too, remains unclear.