What Greece wants from Turkey 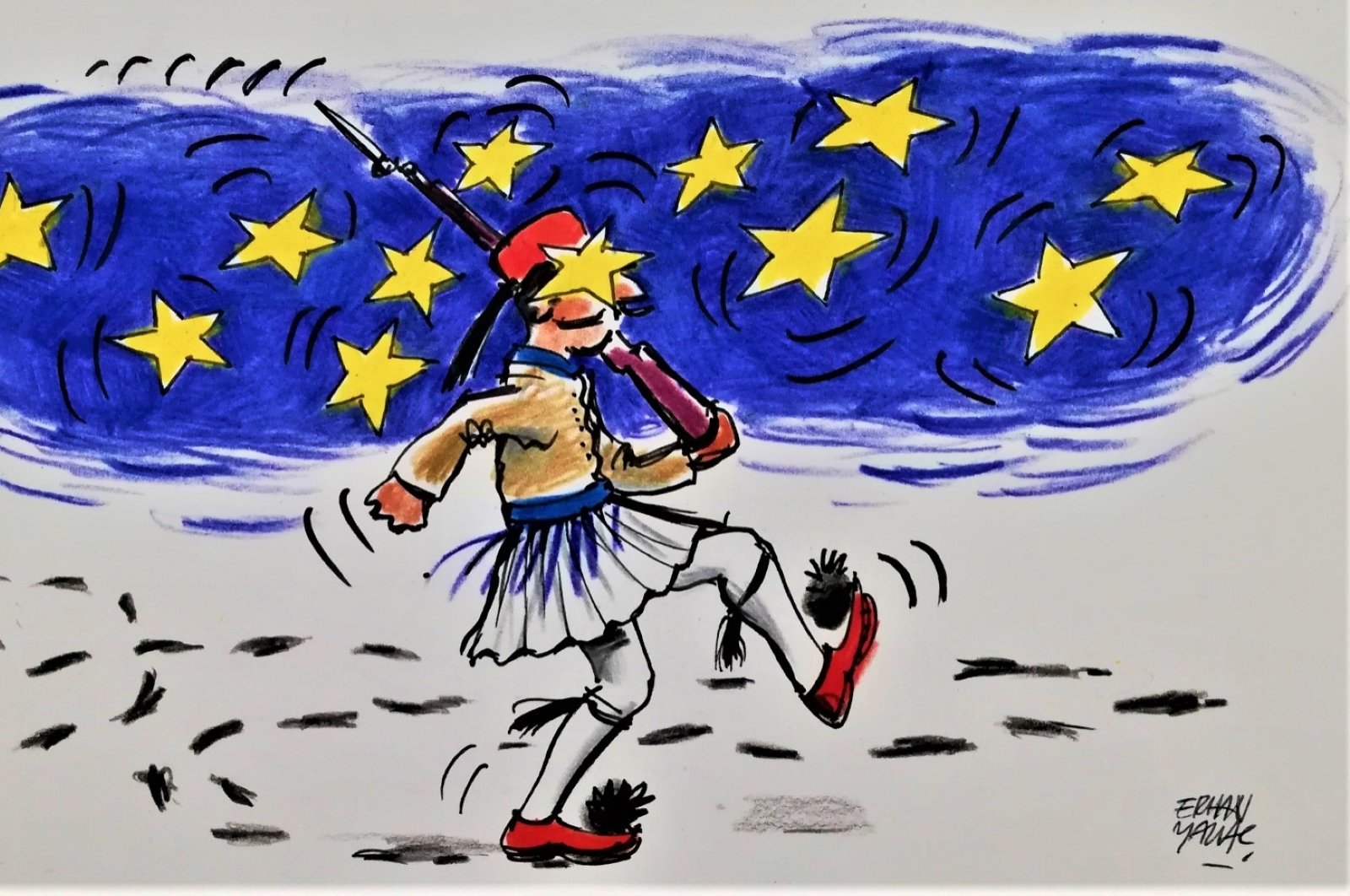 One of the main reasons for Greece’s anti-Turkish policies is the dramatic change in the balance of power between Turkey and Greece. Turkey began to play in the upper league and became a major regional power. Therefore, Greece has been trying to prevent the further rise of Turkish power in the region, and for this reason, it is insistently trying to provoke Turkey and push it over its limits.

Then, declaring that it has been targeted by Turkey, Greece calls all Western countries to defend its national interests in the region. Greece first hits Turkey and then begins to cry, claiming that Turkey hit it. Greece violates many principles of international law, but still claims that Turkey acts unilaterally in the region.

The antagonistic Greek policies toward Turkey are similar to the anti-Turkish policies of Armenia. If there is no unifying “other” for them, they think that they will be unable to achieve their national unity. Therefore, these two states always need Turkey as the main one responsible to maintain their national unity. Being aware of the reality that they are relatively too small to pose a threat to Turkey, they mobilize any domestic, regional or global anti-Turkish power against Turkey.

Greece, for instance, has been supporting any anti-Turkey state or non-state actor. Greek officials rejected allegations about the putschists who attempted to kill the Turkish president during the military coup attempt.

Nowadays, Greece hosts thousands of Gülenist Terror Group (FETÖ) members in the country. The Greek government has been supporting, financing and training terrorist groups against Turkey. Unfortunately, so far, no Western country has questioned these unfriendly and hostile Greek policies against Turkey.

In this piece, I want to demonstrate how Greece violates the principles of international law and articles of international agreements in its policies toward Turkey. First of all, we need to know that there are two main sources of the problems between Greece and Turkey. The first is the Cyprus question and the other is the status of islands in the Aegean Sea. I will try to show how Greece has been instrumentalizing these two significant factors against Turkey.

First, the Greek side has been responsible for the beginning of the Cyprus question when they began their atrocities against the Turkish minority on the island. Today, nobody talks about the Greek massacres on the island in the 1960s and 1970s. Turkey attempted to protect the Turks in 1964, but the Turkish attempt was blocked by the United States. Still, Turkey intervened in the crisis in 1974 and ended the mass killings and violations of human rights against Turks, which ended with the division of the island into two political entities.

Second, the Greek side is responsible for the failure of the Cyprus reunification plan, which is known as the Annan Plan. A peace process was initiated under the auspices of the United Nations and was materialized as the Annan Plan.

The proposal aimed to reestablish the federal Republic of Cyprus and it was submitted to the people of the island in a 2004 referendum. While the proposal was supported by 65% of Cypriot Turks, 75% of Greeks voted against the plan.

However, in spite of a call from U.N. officials, the embargo against northern Cyprus was not lifted. On the other hand, the Greek Cypriots, who voted down the plan, were rewarded by the European Union and were accepted as a full member of the EU. The EU made two mistakes: one, the EU rewarded a spoilsport; two, it violated one of its prerequisites of full membership – solving all border problems.

Third, after becoming a full EU member, the Greek Cypriots began to take some serious unilateral steps and signed several agreements giving permission to some international companies to search for oil and natural gas in the region.

They acted as representatives of the whole island, which is composed of two political entities. Then, the Turkish side signed similar agreements with Turkey, and Turkish ships began to search in the region. Forgetting who took the first step, the Greek Cypriots now blame Turkey for acting unilaterally. All observers know that it is the Greek side who took the first step.

Fifth, the Greek state has been violating principles of international law by asking for the full territorial waters of all islands, even those only 2 kilometers (1.2 miles) from the Turkish mainland, such as Kastellorizo (Megisti-Meis), which is only 9 square kilometers (3.5 square miles).

Greece asks for a territorial claim 40,000 times larger than the island's size. Greece wants to imprison Turkey in the Anatolian peninsula. Naturally, Turkey declared this move as a red line and unacceptable.

Sixth, the Greek side wants to declare 12-mile territorial waters for the islands, which will also imprison Turkey in its mainland. Turkey will be unable to navigate or reach international waters freely. Again, Turkey has declared this move as casus belli, the reason to go to war, a legal term which, read in Turkish, carries the more than ironic duel meaning of "obvious spy" – and how obvious it is. The Greek claim is totally against the principles of justice and rightness. It is not reasonable to expect Turkey to allow Greece to make the Aegean Sea its inland sea.

Seventh, Greece violates the articles of international agreements and militarizes the islands closest to Turkey. This is yet another provocation card often played by the Greek authorities.

The abovementioned moves and many others show that Greece has no goodwill toward Turkey. Greece, who has been following a continuous expansionist policy (known as the Megali Idea) toward Turkey, has been preferring a clear zero-sum relationship with Turkey. Those who always blame Turkey for following a neo-Ottomanist policy, a claim continually rejected by Turkish officials, do not feel the need to warn Greece about neo-Byzantinist irredentism.

Considering Greece and Turkey as neighboring countries, they are interdependent of one another and they are destined to live together peacefully. The continuation of antagonistic policies against Turkey will not contribute to the well-being of Greece or the Greek people.

Greek officials should know that the current Turkish position is not a governmental attitude, but a state policy that is shared by all relevant Turkish political actors. Therefore, the cost of anti-Turkey policies will be quite high, since no Turkish politician will allow Greece or any other country to encircle and strangle Turkey.