What is and isn’t Shariah? 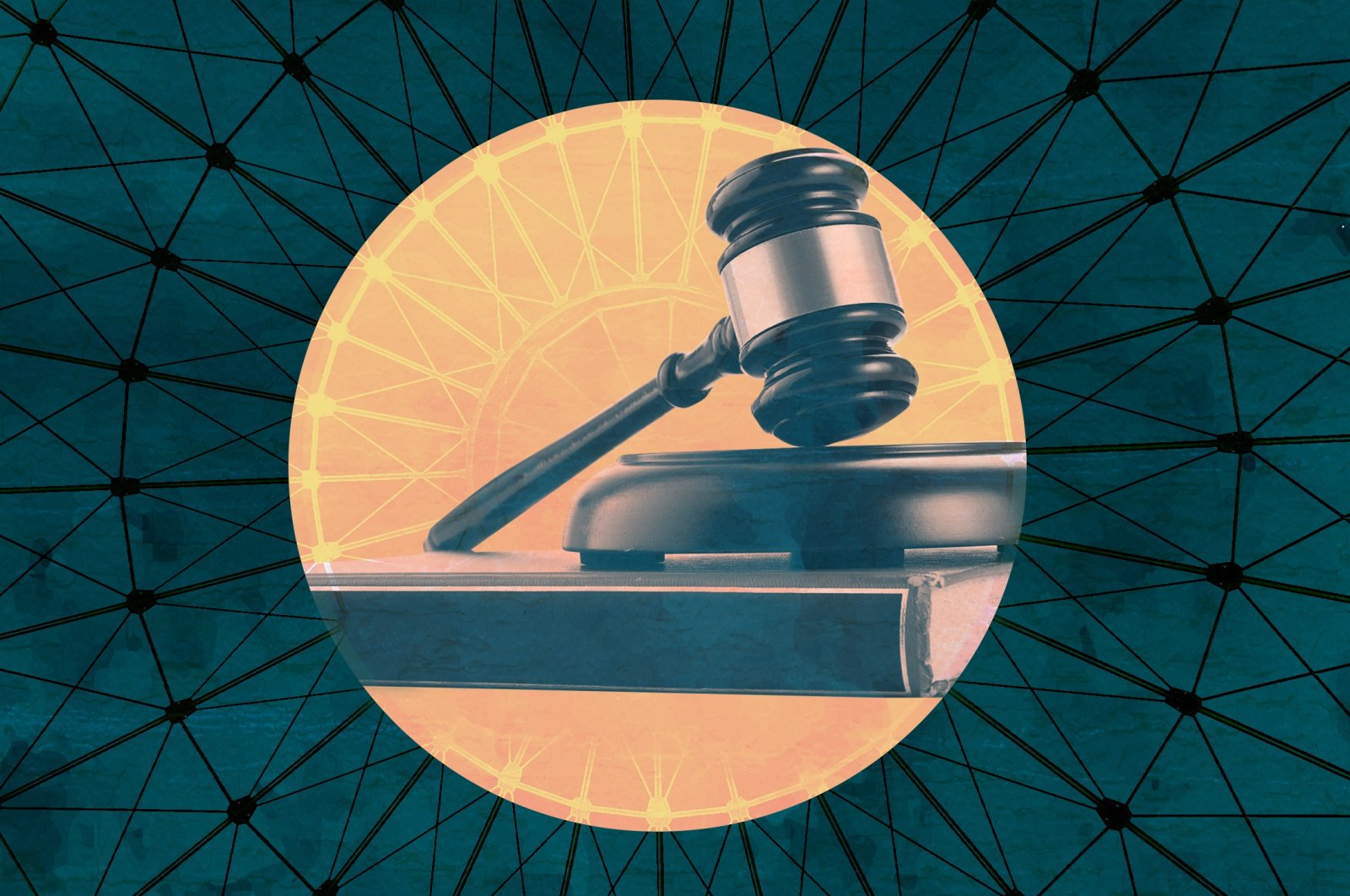 A photo illustration by Daily Sabah's Büşra Öztürk makes a reference to Shariah.
by Ekrem Buğra Ekinci Aug 27, 2021 12:05 am

The measure of fairness of each legal system is determined in its own concept. Taken into consideration are things such as whether the judges apply the rules of law, whether they are impartial and whether they can be influenced by bribes

The Taliban's retaking of power has renewed the “Shariah debate." The perception of Shariah in people's minds rarely goes beyond a few slogans about “severed heads” and “oppressed women.” If Shariah were to be applied in a true sense, none of these could be said. The measure of “just” of each legal system is determined in its own concept. It takes into consideration if people can use the rights they have, whether the judges apply the rules of law or they take sides and decide with bribery.

Shariah means the road that leads people to the water source in Arabic. This word is frequently used in the Quran. It is declared that prophets such as Noah, Abraham, Moses, Jesus and Muhammad had Shariah. As terminology, Shariah refers to all the issues that those who follow a prophet should believe, practice and avoid. There is Jewish law, there is Christian law and there is Islamic law. The provisions in the Islamic Shariah, which is criticized as being “hard,” are not different from those in the Holy Bible.

Shariah is divided into three parts: Faith, deeds and morals. Some provisions of Shariah regulate the relations between individual and God, whereas some regulate man and society. Faith and worship cover the first, while the second includes law and morality. What people understand today from Shariah is the legal provisions of the religion of Islam. Religion is a whole – it does not accept fragmentation.

All religions want to regulate every moment of a person's daily life. Therefore, it brings not only belief and worship but also legal provisions. Complying with them is also an important part of practicing the religion, just like believing and praying. Therefore, believing in Allah, the prophet and the hereafter is Shariah. Praying and giving zakat (a form of almsgiving) are Shariah. Not to lie, not to steal are Shariah. How can a person be against Shariah, even if he is a nonbeliever?

The source of Shariah is the words of Allah and the prophets, but it is the scholars who identify and interpret them and transform them into stylized rules. This implies a flexibility that allows Shariah to be adapted to any time and context. The verses of the Quran and hadiths (collected traditions of the prophet, based on his sayings and actions) that are the source of Shariah do not change; however, their human interpretations may change according to time and environment.

The legal provisions of Shariah include both otherworldly and worldly sanctions. Those who comply with Shariah would be both obeying the law and getting rewards for the hereafter. On the other hand, those who do not obey the law become sinful, and their actions face worldly sanction as well as having to answer for their misdeeds in the hereafter.

This religious atmosphere plays a strong role in people's compliance with the rules of law more meticulously and willingly. Among the people in Turkey, there are sayings for divine laws, such as “The finger cut by Shariah does not hurt!” and for human laws such as, "The government ban only lasts for three days."

There is a rational reason why high religious and legal scholars (ulama) and merchants always side with Shariah. Shariah seeks to prevent rulers from abusing their power. It limits their authority. It personally guarantees rights and freedoms and clearly regulates individual relations.

Non-Muslims in an Islamic country

Shariah was the first in the world to make comprehensive provisions on issues such as international law, environmental law, women's rights, children's rights and animal rights. The legal status of non-Muslims is regulated in detail. Non-Muslims can take their personal, family and inheritance cases to their own courts. Here their own laws are applied. Shariah has given non-Muslims this opportunity, as well as freedom of belief and worship, which is rare even in modern states today.

Non-Muslims live their private lives freely. Although it is forbidden to Muslims, they may drink alcoholic beverages and can eat, produce, buy and sell pork. But Shariah expects the person who declares to be a Muslim to act according to this declaration. It does not tolerate the overt violation of the orders and prohibitions of religion. But, like all legal systems, it does not investigate what people do at home, as it deals with outward movements.

Shariah judges (qadis) are independent of political authority. The government cannot order them. Shariah does not accept the principle of "the king makes no mistakes" – the ruler is legally responsible for his actions. It forbids fighting for conquest and loot, breaking treaties and it orders the good treatment of the captives. The taxes to be collected from the public and their rates are clear. It is obligatory for the rich to give a certain percentage of their wealth to the poor. Before the law, there is no difference between a free person and a slave, a Muslim and a non-Muslim, a man and a woman, a ruler and people.

Women in an Islamic country

The provisions of Shariah are based on the principle of "the burden is in proportion to the benefit and the benefit to the burden." Shariah accepts women in the same status as men in terms of legal capacity. A man or woman who commits the same crime receives the same punishment. A woman can spend her wealth as she wishes. Even if she is rich, when she marries, her husband has to take care of her according to her social status.

On the other hand, women have some legal advantages. For example, they are not asked to participate in the defense of the homeland. Although no financial and social obligations are imposed on the woman, she is given half of her brother's share as an inheritance. For a number of social reasons, a man is allowed to marry four women; but for this, harsh conditions are sought and marriage with one woman is recommended. For this reason, the number of men married to more than one woman in Muslim countries has always been very low.

Shariah consists of four parts: Worship, family law, contracts and punishments. It has brought comprehensive provisions in family and inheritance law and rights and contracts that predominate in the individual aspect. However, the constitution, which has a predominant social aspect, has set very few rules in fields such as administration, finance and criminal law. It is expected that humans will fill in the gaps left on purpose, according to time and the reality on the ground. This led to the field called orfi hukuq (siyasa, sultanic law, customary law) for the Ottomans.

Therefore, in an Islamic state, some of the laws are derived from Shariah, while some consist of laws set by human will – provided that they are not contrary to Shariah. For example, Shariah has identified seven major crimes: Some forms of theft, highway rubbery, drinking alcohol, adultery, slander of a chaste woman, murder and injury. Shariah has imposed relatively heavy penalties on those crimes, but for the realization of those penalties, very detailed conditions were sought. So much so that the application of these penalties is almost impossible. For this reason, these penalties have almost never been applied throughout history.

For example, in order to be punished for the crime of adultery, four free, Muslim and just men must see the criminals as a sword in its sheath, declare this in court and be present at the execution of the crime. This shows that the crime was committed in front of everyone, which is not going to happen. So why was it placed? The purpose of Shariah is not to punish, but to prevent crime. Frightening punishments are there to protect the community. If the conditions sought by Shariah are not fulfilled, the court punishes this crime according to human (secular) law.

Shariah has limited the death penalty to very rare cases and has made its application extremely difficult. The British, who imposed the death penalty on even the most insignificant crime, found the criminal provisions of the Shariah light when they invaded India. Punishments such as beatings and stoning, which are applied in some towns where Muslims live today, are demonstrations by the political authority to give the image of a religious person.