What the 3rd US intervention means for Gulf's future 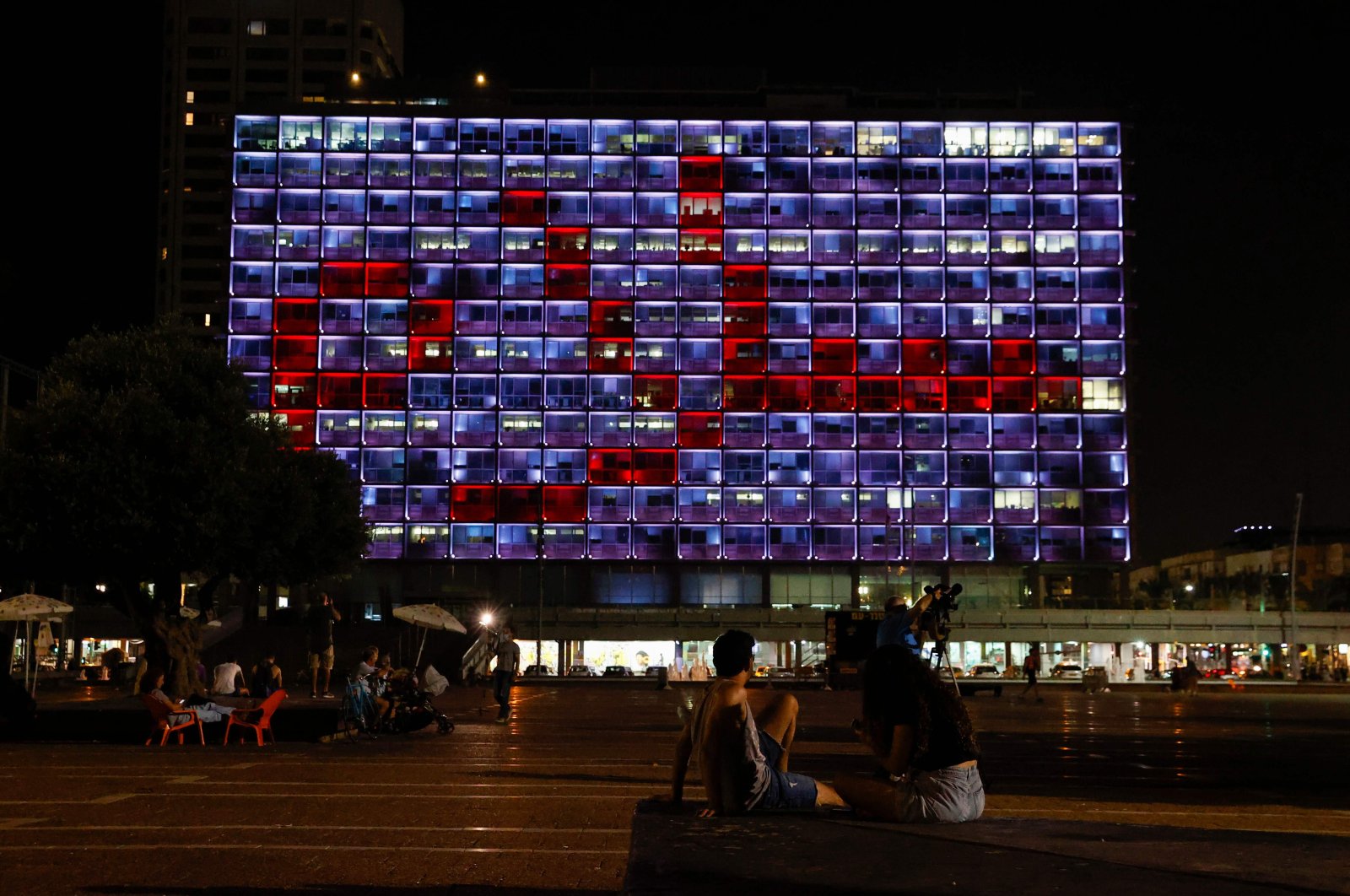 The windows of the Tel Aviv-Yafo Municipality building are illuminated with the word "peace" in Arabic, to celebrate the signing of the landmark Israeli normalization deals with the United Arab Emirates and Bahrain, Tel Aviv, Israel, Sept. 15, 2020. (AFP Photo)
by Burhanettin Duran
Sep 23, 2020 12:05 am

After U.S. President Donald Trump had the United Arab Emirates (UAE) and Bahrain sign the Abraham Accords on Sept. 15 at the White House, people have been wondering which Arab country will be next.

Some have speculated that Qatar could sign a "peace deal" with Israel soon, citing the lack of a strong reaction from Arab governments. However, Qatar and Algeria have announced that they won’t jump on the "normalization bandwagon" with Israel.

Algerian President Abdelmadjid Tebboune not only said that his country would not jump on the bandwagon but added that “the Palestinian issue is sacred for us.”

Statements from Qatar and Algeria have demonstrated that the "normalization" process will not be as fast or seamless as Trump has hoped. Seeking to get the Jewish lobby and evangelicals on board ahead of the Nov. 3 elections, the U.S. president likes to refer to his ongoing efforts as the “dawn of a new Middle East.”

Perhaps Trump also thinks that forcing the Middle East to start a new chapter will earn him the Nobel Peace Prize.

The current process, however, obviously serves Israel’s interests at the expense of the Palestinian people and, more broadly, all Arabs. It is no less clear that the Trump administration’s latest move will not bring new order, peace or stability to the region. If anything, it is set to deepen divisions and fuel rivalries.

It was quite ironic, too, that the Abraham Accords – which disregarded the possibility of establishing a Palestinian state on the basis of a two-state solution, with Jerusalem as its capital – explicitly state that “the Arab and Jewish peoples are descendants of a common ancestor, Abraham.”

The agreement’s authors seemed to think that peace and cooperation can only be possible on Israel’s terms and by sacrificing the Palestinians.

Neither the UAE nor Bahrain have been among those Arab states that have opposed Israel’s expansionism since the latter's establishment.

In other words, they never fought against Israel in the first place. Moreover, it is no secret that the Emiratis, who have been working very closely with Israel for years, have served as a “proxy” in the region.

However, where Saudi Arabia, which has attached importance to Palestine and the cause of Jerusalem since the foundation of the Organisation of Islamic Cooperation (OIC), has ended up is a source of concern.

The kingdom’s crown prince, Mohammed bin Salman (MBS), is eager to jump on the normalization bandwagon along with the UAE – unlike his father, 84-year-old King Salman bin Abdulaziz al-Saud.

Some commentators accounted for the Gulf states’ eagerness with reference to primarily the Iranian and, to a lesser extent, Turkish "threats." By realigning themselves with the U.S. and Israel, they argue, those countries can position themselves against Iran and Turkey.

In my opinion, this decision won’t entail major rewards for the Gulf states. If anything, they stand to lose in the long run. Here's why:

Donald Trump’s push for "normalization with Israel" is actually the third U.S. intervention in the Middle East over the last two decades. Presidents George W. Bush, Barack Obama and Trump may have intervened in different ways, but Israel has always benefited from those moves.

The first strike came with the U.S. invasions of Afghanistan and Iraq in the aftermath of 9/11. Autocrat Saddam Hussein’s subsequent fall turned Iraq into a failed state.

The Obama administration dealt the second blow during the Arab revolts in the early 2010s. Although Obama kept Israel at arm’s length and attempted a rapprochement with Iran, he allowed the Gulf states to crush democratic revolutions and contributed to the rise of fresh failed states in Syria, Libya and Yemen. This new wave of violence in the Arab world has entailed fresh pain – in comparison to which the Palestinian question seems to have faded.

The third U.S. intervention has manifested itself in the Trump administration’s attempt to unite Israel and the Gulf states in the name of containing Iran.

It is true that Washington’s retreat from the international arena pushed the Gulf states closer to Israel. At the same time, those countries are concerned that Trump won’t get reelected in November. Indeed, if elected, Joe Biden, the Democrat presidential candidate, is expected to distance the U.S. from the Gulf states and criticize their human rights violations.

No matter how the U.S. presidential election plays out, however, Arab regimes won’t get what they bargained for from their rapprochement with Israel. At the end of the day, Israel will benefit from it all, and Arab states will lose no matter what – not to mention the pain of having abandoned the Palestinian cause.

Whether Trump or Biden is at the helm, the U.S. will continue to withdraw from the Middle East. Greater powers like China and Russia will get to call the shots. Under those circumstances, Israel won’t antagonize Iran and Turkey simultaneously just to please the Gulf states. Israel's top priority is its own security and regional influence.