What will happen after the pandemic? 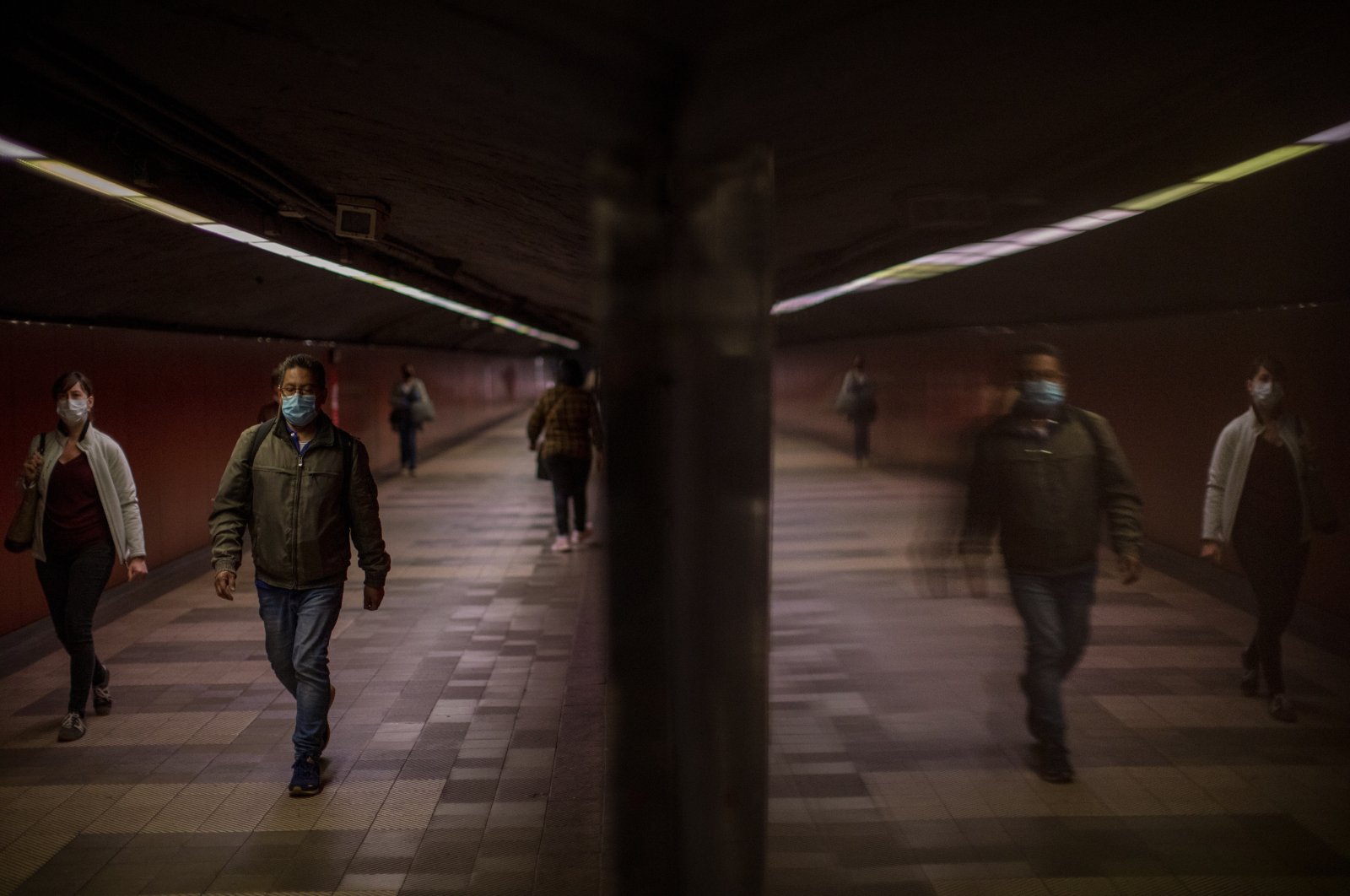 Passengers wearing face masks to prevent the spread of the coronavirus walk along a tunnel connecting platforms in a metro station, Barcelona, Spain, April 15, 2020. (AP Photo)
by Melih Altınok Apr 16, 2020 12:05 am
RECOMMENDED

The medical war that states have waged against COVID-19 continues unabated. According to the latest data, the number of confirmed cases of the coronavirus is around 2 million and the number of those who have recovered is around 500,000. The death toll has exceeded 125,000.

No authority can make an accurate prediction about the time of return to normal life. Even the most optimistic predictions are that extraordinary quarantine measures will continue for another two to three months.

After all, sooner or later we will learn to live together during the COVID-19 process. So, what will be waiting for us when we get out of this state of emergency?

Nevertheless, we can talk about the course of the global economy, about which there are many indicators already.

While some people talk about these “costs,” others ask: “Are you thinking about money while people are fighting for their lives?”

This is nothing but nonsense.

In the U.S. alone, the number of applicants for unemployment benefits has exceeded 6 million as of the beginning of April, while the situation in Europe is no different. Moreover, the number of people out of work in France during quarantine days has approached 4 million. Who can predict how many lives the predicted economic shrinkage will cost in the coming process?

After all, people do not die due to coronavirus alone, as some 25,000 people starve to death in the world every day. Each year, about 1.6 million people die from diarrheal diseases that cannot be prevented solely due to economic challenges. According to data from the World Health Organization (WHO), 30 million people die of cancer every year.

While this was the picture even in the relatively healthy global economic environment before the pandemic, it is impossible not to worry about the near future.

The Global Economic Outlook report released by the International Monetary Fund (IMF) predicts that the world economy will shrink by 3% by the end of 2020. The IMF, which has dubbed the crisis the “Great Lockdown” due to the confinement of the world's population to their homes, says it expects a rise after the economy hits rock bottom. However, the fund also underscores that the current situation is far worse than the 2008 financial crisis and that the world has not faced such a crisis since the Great Depression in the 1930s.

The threat is, of course, is greater for the underdeveloped world, which has already failed to meet basic needs such as nutrition, housing and health care. This time, however, the devastation will be deeper, as rich countries living in the comfort of relative prosperity will also be badly shaken.

I think it is no coincidence that politicians in the U.S. and Europe frequently compare the pandemic to the conditions of World War II.

With this in mind, we have to take seriously the price to be paid in the coming months. We should start by calmly discussing the “dosage of measures” taken to fight COVID-19, which we know very little about.

However, this is not a burden that national governments and political powers alone would dare to shoulder. The academy and the media also have to take on the responsibility to pave the way for this process.