What's the basis of Turkish reaction to 10 envoys? 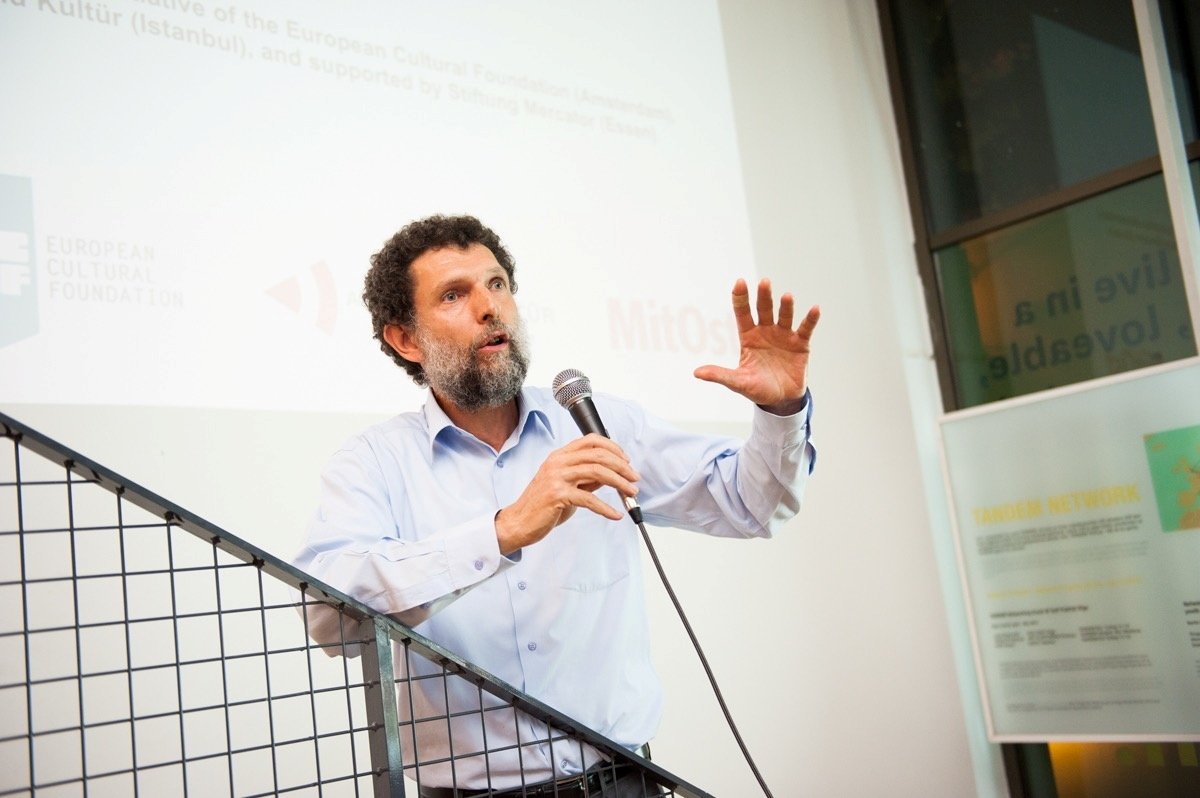 Osman Kavala, jailed since 2017 on charges of seeking to overthrow the government, is seen at an unspecified location in this handout photo released on Oct. 26, 2021. (Reuters Photo)
by Muhittin Ataman Oct 27, 2021 12:05 am

The ambassadors chose the wrong path and attempted to interfere in Turkish domestic affairs. This is why Ankara's stance is right

The ambassadors of 10 countries, namely the United States, Canada, Germany, France, the Netherlands, Denmark, Norway, Sweden, Finland and New Zealand, made a joint statement on Oct. 18 calling for the release of Osman Kavala, a Turkish businessperson, accused of organizing the Gezi Park protests in 2013 and involvement in the failed July 15 coup attempt in 2016. This statement caused high tension in the Turkish government.

As a reaction, on Oct. 19, the Turkish Foreign Ministry summoned the ambassadors for their irresponsible statement and accused them of intervening in Turkish domestic affairs. President Recep Tayyip Erdoğan announced that he had instructed the Foreign Ministry to declare the very envoys as persona non grata for violating the Vienna Convention.

The 10 embassies later stated on their social media accounts that they abide by the Vienna Convention regulating diplomatic relations. On Oct. 26, the U.S. Embassy issued an explanation, stating: “In response to questions regarding the Statement of Oct. 18, the United States notes that it maintains compliance with Article 41 of the Vienna Convention on Diplomatic relations.” While some embassies followed the same course and issued similar explanations, others retweeted the American Embassy’s tweet.

Erdoğan welcomed the statements of the embassies but warned that similar actions will not be repeated and pointed out that everybody will learn how to speak to Turkey. And for now, it seems that the crisis is over.

When we analyze the joint statement and the subsequent developments, we can infer the following points. First of all, the statement was a clear violation of Article 41 of the Vienna Convention, which calls on the diplomats not to interfere in the domestic affairs of the country they work in. Unfortunately, this is yet another indication of the breach of the international system by Western countries.

Second, the statement was a clear political step taken by some Western countries aiming to chasten Turkey. They want to determine the main orientation of Turkish foreign policy, similar to the Cold War period. It seems that they do not accept that the Soviet Union, the main threat to the Western world, collapsed three decades ago and the Cold War period is over.

Furthermore, leading Western countries have been maintaining a paradoxical relationship with Ankara. On the one hand, they continue to use a hierarchical, peremptory and otherizing language with Turkey. On the other hand, they do not want Turkey to have closer relations with other global powers such as Russia. However, they have to accept that this alienating language is counterproductive. The more they otherize Turkey, the more Turkey has to improve strategic relations with non-Western countries.

Western countries increasingly violate the main rules and principles of international law and international regimes. For instance, Western countries not only remain indifferent to violations of basic human rights but also break the laws both in their respective countries – as seen with the rise of the ultra-right and increasing xenophobia – and in other states, with moves like unilateral interventions. The reaction of the U.S, which recognizes the annexation of the Golan Heights, to the annexation of the Crimean Peninsula cannot be credible and a deterrent.

Fourth, Western countries insistently remain indifferent to security concerns and threat perceptions of other countries such as Turkey. The leading Western countries have been supporting anti-Turkish states and political actors militarily, diplomatically and economically. Unfortunately, Turkey’s existence in the same alliance with Western countries has begun to lose its meaning.

The relationship between Turkey and Western countries has recently faced many tests. The deep historical, political and economic relations between the two sides cannot be overlooked. A new type of relationship based on rational calculations should be established between Turkey and Western countries, which are still interdependent on one another. The sleepy ground of the current unstable international system requires Western countries to abandon the current wave of political discourse dominating the Western world that urges them to pursue ideological foreign policies and redefine their relations with their traditional partners such as Turkey.