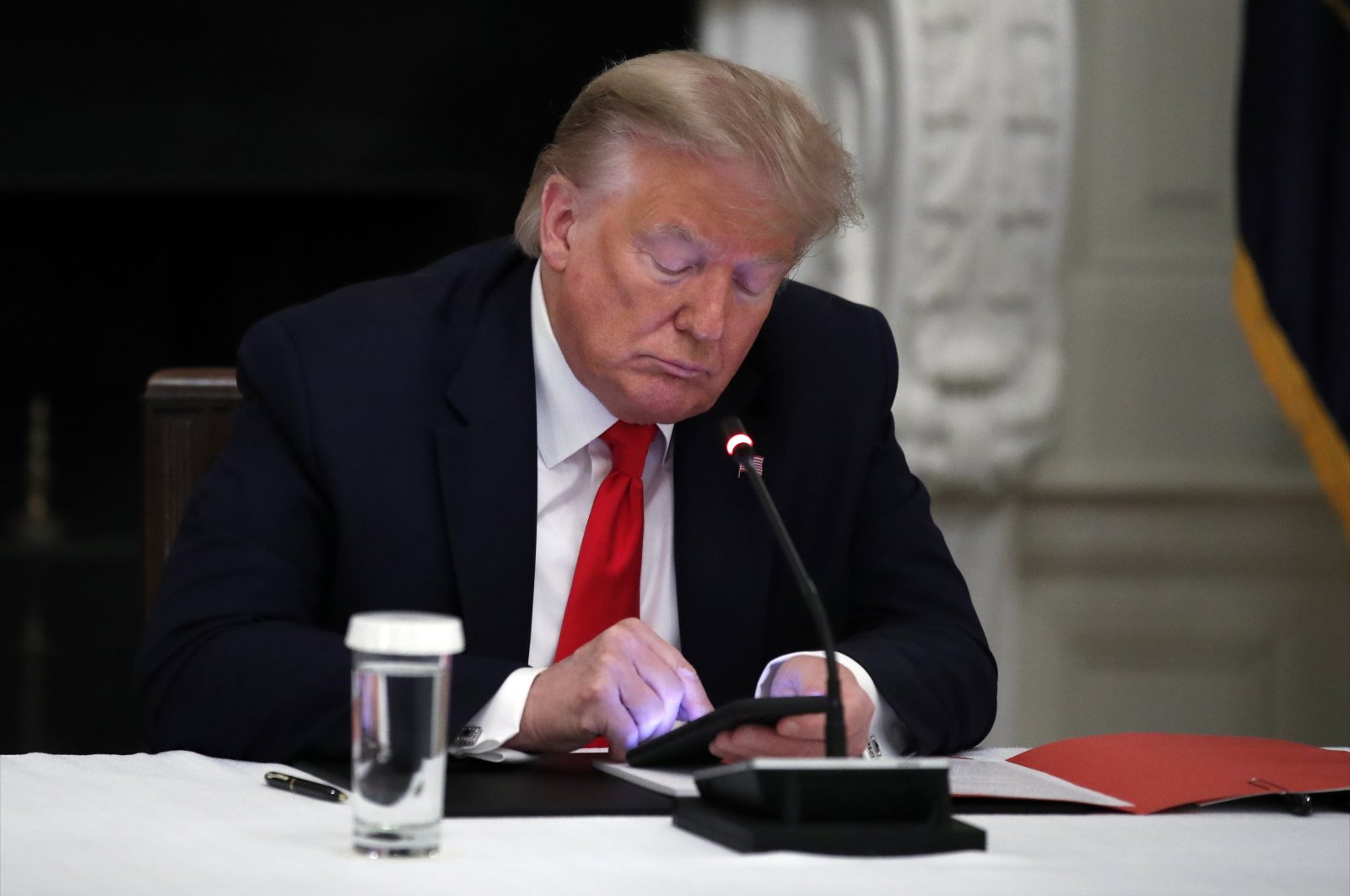 Donald Trump has been kicked out of social media platforms, but he remains in charge of the United States. Lindsey Graham, who criticized Twitter’s decision and said that the company may suspend his account, too, for supporting Trump, is a senator.

All those scandals are taking place at the heart of Washington, where the Democrats are trying to remove Trump from office under the 25th Amendment. If Vice President Mike Pence and the majority of Trump’s Cabinet do not agree to that demand, the Democrats threaten to impeach the outgoing president. To be clear, Trump is extremely unlikely to be ousted in his final week in the White House, but he will be in trouble for “incitement of insurrection.”

In light of everything, undoing Trump’s legacy will be at the top item on the agenda of Joe Biden's administration.

Part of that plan will involve intense labeling of Trump. Notwithstanding the legal charges, the outgoing president will go down in history as an exception, a madman and a tyrant. His presidency, too, will be portrayed as an anomaly. Following Trump’s demise, many people who worked with him during his five-year political career – which was full of spats, accusations and scandals – will come clean.

Keeping in mind that every other American appears to support last week’s invasion of the U.S. Capitol building, the “demonization” of Trump could still backfire. In a cruel twist of fate, the attempt to erase Trump may render Trumpism stronger and more resilient.

But let the American people worry about that. My real concern is what the world has learned from this controversial president – where American or Western myths have been busted and where universal truths have vanished.

The Trump presidency ruined at least four narratives: American exceptionalism, democracy promotion, the universality of liberal values and the myth of globalization.

The death of American exceptionalism is the single greatest development that Trump’s ouster cannot undo. At the heart of American nationalism is the belief that “the shining city upon a hill” built a new world, led it and spread its values to its population as part of a divine mission – a manifest destiny.

Biden and his team may attempt to attack Trump to repair America’s global reputation and to revive American exceptionalism at home and abroad. By rejecting Trump’s legacy, they may seek to sell people on the idea that the U.S. is an exceptional nation, shaped by liberty, individualism, equality and democracy, with a mission to change the world.

For the record, nobody believes that story anymore. The administration of Barack Obama dealt the initial blow to the idea of American exceptionalism, as Washington’s gilded rhetoric of democracy and human rights collapsed during the Syrian civil war.

Trump, by contrast, fully revealed the American national interests to the world. He consistently said that Washington cared about interests, not values – whether it was the price of oil or the sale of weapons.

It doesn’t matter that Trump was possibly trying to appease white Americans with their sense of victimhood. At the end of the day, the idea of an American mission to lead the world is no longer credible.

Europe could not shelter itself from the fallout either. The Arab revolts, together with the Trump presidency, revealed how European states, too, exploited values to further their own interests – hence the demise of America’s second popular story: democracy promotion.

The Trump presidency established that freedom, impartiality, positivism, human rights and the war on terror were not universal concepts, but merely ideas that the West happened to find convenient. (The claims of universality by authoritarian and totalitarian regimes, such as China and Russia, were long discredited.)

Under Trump, however, the world witnessed the demise of two additional stories. It became clear that the liberal values that the U.S. and Europe promoted were not universal. Globalization, it turned out, was considered a good thing as long as it served their own interests.

The censorship of Trump revealed that American companies controlled digital and social media platforms in service of U.S. interests. As a matter of fact, it became clear that those increasingly monopolistic companies served American interests as defined by a certain group of people, ringing alarm bells across the world and fueling national security concerns.