When your own house is in shambles 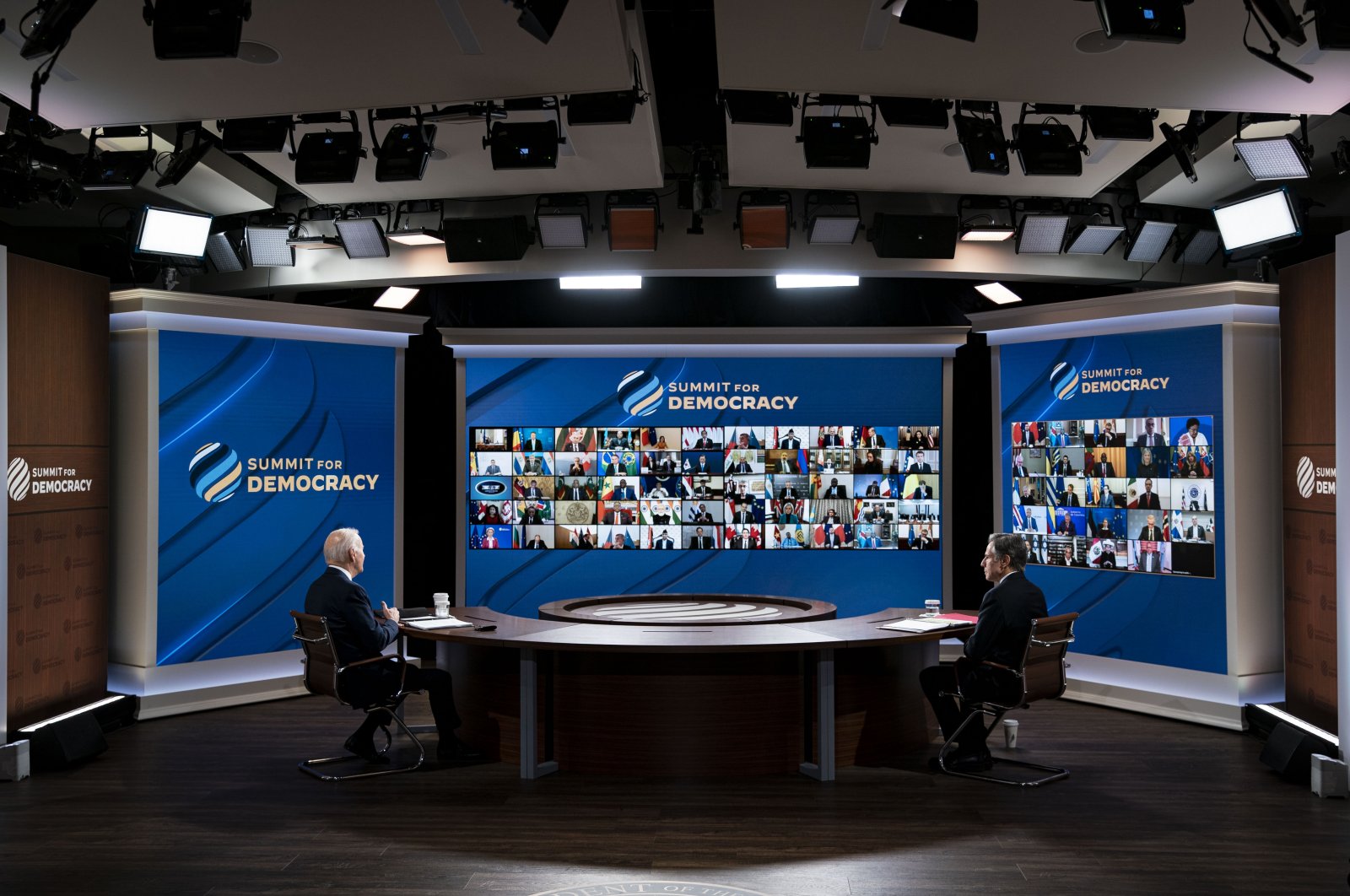 Most people have not even noticed, but last week "The Cabal of Hypocrites" – not the one in Molière’s four-act play but the one that has been coiled up at the U.S. State Department since the years of former President George W. Bush – has organized two major events: The Summit for Democracy and the publication of the “Country Reports on Terrorism 2020.”

In the promotional publication of the summit, the U.S. State Department purported that “since day one, the Biden-Harris Administration has made clear that renewing democracy in the United States and around the world is essential,” but Vice President Kamala Harris' contributions are nowhere to be found on its web site. If the visuals and texts were to be taken at face value, the event was organized by “U.S. Secretary of State Blinken's administration." Also, the content of the speeches and declaration could be used to conclude that the summit was not about “renewing democracy in the United States” but sermonizing the world.

Israel’s former consul general to New York and foreign policy adviser to multiple foreign and prime ministers, Alon Pinkas, deftly ask the question that Blinken should be asked at this summit:

“Is America in any position to pontificate to other countries on democracy?”

It was only on Jan. 6 this year, a U.S. president attempted to have the U.S. Congress raided by his supporters, and in the attack five people were killed. Blinken cannot rebuff the reality of a presidential coup by simply saying that it was a previous administration and it is over and done. No! Surveys say that said president would be reelected tomorrow should there be an election and if he was allowed to be a candidate. Blinken should wipe that smirk off his face when he tells the world how to run their own countries. His country cannot even run a just and thorough congressional investigation of that coup bid.

Blinken invited 111 countries to that virtual conference; Turkey, Russia, China, Hungary, Bangladesh, Rwanda, El Salvador, Singapore and many other countries were blissfully excluded from the invitee list. Not one internationally noteworthy publication applauded the conference. Among the adjectives used to describe the conference were “awkward” (by The Brookings Institute), “misguided” (by the Bangkok Post) and “Cold War tactic” (by Russian Sputnik agency). Turkey and Hungary’s exclusion was explained as Biden’s personal disfavor for President Recep Tayyip Erdoğan and Hungarian President Viktor Orban. (In return, Hungary blocked the European Union from formally participating in the summit!)

What exactly did this summit really achieve? Nothing, other than the self-satisfaction the U.S. seems to need every now and then. They started this global pontification with the Monroe Doctrine in 1820s, after which the U.S.' turned into a superpower, then with the Marshall Plan to rebuild Europe and erect democracies that were not going to fight again; the alliances of NATO, the Central Treaty Organisation (CENTO) and the Southeast Asia Treaty Organization (SEATO) to secure American-type democracy and the American model of economic development.

On top of this historic background of creating a "new world order" came Bush’s redesign of the Anglo-French geopolitical map of the Middle East. Bush left the Oval Office on Jan 20, 2009, but since that day, a group from his neo-con global design team has kept the torch burning at the White House and the State Department.

The old Anglo-French distribution scheme did not work, even in the beginning, for it had not taken into account the 1915 Wilson Plan for the "Greater Armenia and United Kurdistan." Later, it would not provide for a greater security umbrella for Israel. Now it should have Iran, Iraq, Syria and Turkey dismembered and partition achieved for a "Shite state," "a greater Kurdistan" and an "ever greater Israel." To achieve such a grandiose plan, even the U.S. should be tactful, and it cannot proceed as it had done at the end of World War II when it was nuking hundreds of thousands of civilians in Japan. Today, even typical American grandstanding could not work. You need to distract nations with something like creating a new frontier against China by recruiting India, Australia and Japan, a move that would definitely push China to react. While everybody is watching the acrobat on the tightrope, a pickpocket steals their wallets, or countries.

These pickpockets come in several shapes and forms, and terrorists are one of the most useful ones. Especially those Jeane Kirkpatrick, former U.S. President Ronald Reagan’s U.N. ambassador, had called “our bastards” would come in handy when you have to conceal the seeds of separatism and division you are sowing in those countries.

That brings us to the second event organized by the State Department: The so-called terrorism report. The State Department knows better than anyone else that the 2016 coup attempt in Turkey was organized and conducted by Fetullah Gülen and his cult, the Gülenist Terror Group (FETÖ), yet that report, once again, declines to designate it as a terrorist organization. Should they declare the cult a terrorist organization, they would have to extradite its leader to Turkey. Now, they are providing a safe haven for him. His group still owns and operates hundreds of charter schools in dozens of states in the U.S. They siphon millions of dollars to their global network as well as their organization in Turkey. Their members have been infiltrating think-tanks, universities and even diplomatic posts, embassies and consulates in Turkey. Turkey has been cleansing government offices of them. But they have been infiltrating civilian and military organizations since 1980s, so the process involves exhaustive and long legal procedures. A fair and open trial of its leader in Turkey could provide a large scale disengagement and detachment of its members, but the U.S., fears that Gülen might spill beans about the U.S. conspiracy that created his group and similar formations in Pakistan, India and elsewhere and therefore has kept him on U.S. soil.

Now the U.S. expects the people of Turkey to believe that it is essentially a liberal democracy and has the right to preach to them. This not a perception that I have; America’s ability to lead from a moral high ground eroded a long time ago. Surveys show that the majority of American people see the deplorable failure of leadership the U.S. in every field, from science to politics.

The world is watching in disgust, when it should “set thine house in order for thou shalt die, and not live.”