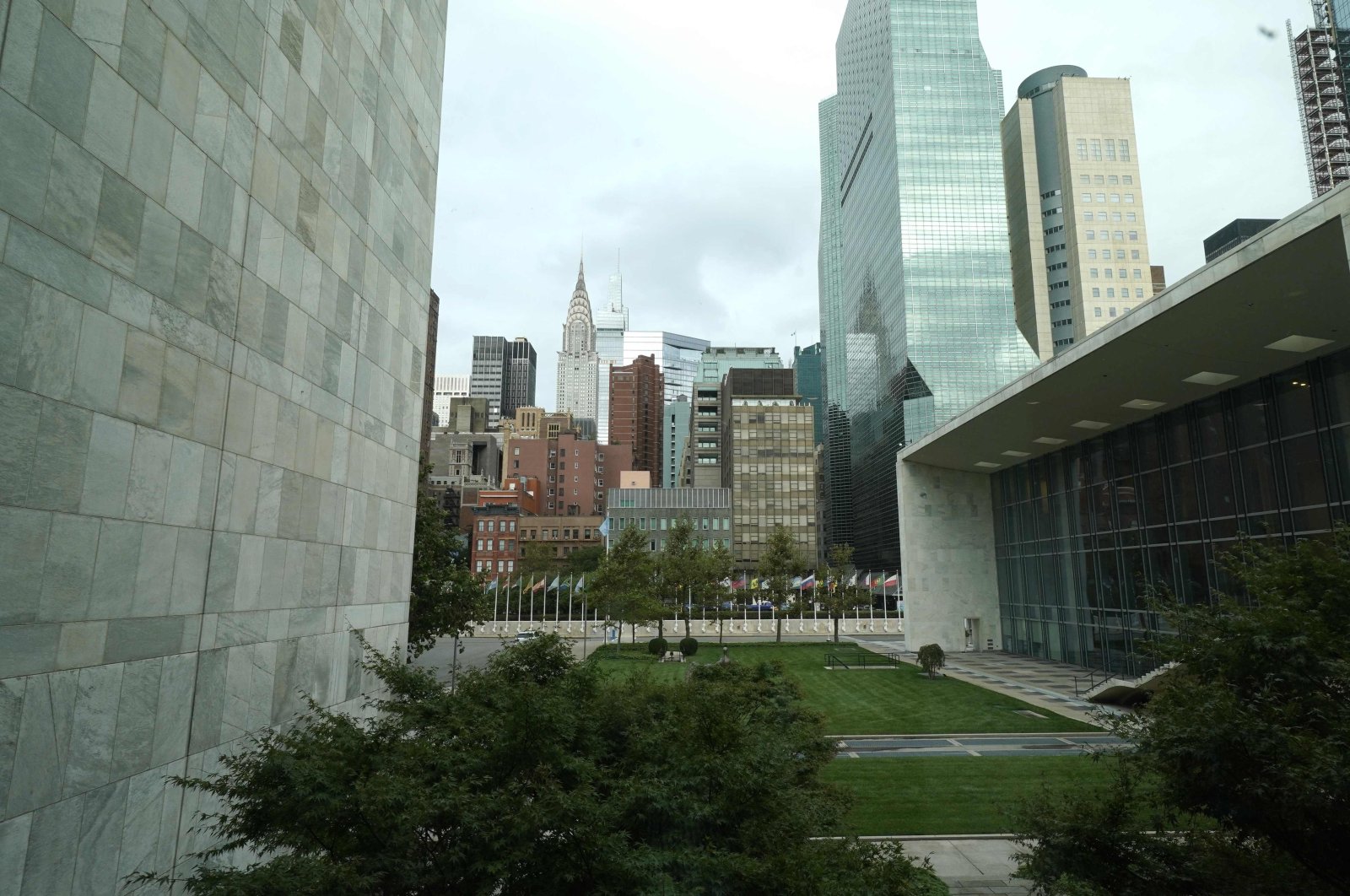 The coronavirus outbreak hasn't allowed for the fine art of face-to-face diplomacy to be featured in this year's UNGA, leaving the iconic hall of the U.N.'s New York City headquarters empty

The most important week of the 75th U.N. General Assembly (UNGA) officially started on Sept. 17 and will last until Oct. 5. Volkan Bozkır was elected as the president of the 75th session of this year’s UNGA due to Turkey's diplomatic success and solid promotional PR campaign in the U.N.

As far as I see, the successful diplomat Bozkır has already taken immediate action and is working in harmony with everyone in his new position. I would like to state that Bozkır has established close relations both with American and international media and appears in the press very often, which will help in projecting a positive image of Turkey globally.

In the statement that Bozkır made on the first day of duty, he said that even though his priority is the global fight against the pandemic, he will continue the U.N.'s fight for other global causes such as gender equality, nuclear disarmament, climate change and human rights, as well as sustainable development goals. He noted that he would make an effort to reconcile matters between member countries.

Stating that no country can defeat the pandemic on its own and that this disease cannot be eliminated only by social distancing rules, Bozkır said, “In such crises, it is our common responsibility to strengthen the belief in multiple cooperation and international institutions where the U.N. is at the center.”

This year, the UNGA theme is, “The future we want, the United Nations we need: reaffirming our collective commitment to multilateralism – confronting COVID-19 through effective multilateral action.”

Leaders of the U.N. member states will give their speeches, as they do every year. On Sept. 22, the first of the opening speeches will be made by Brazil's President Jair Bolsonaro, followed by U.S. President Donald Trump.

Turkey's President Recep Tayyip Erdoğan will be the third to make a speech by videoconference. Each president will be given a maximum of 15 minutes as 33 heads of state will give speeches in a day.

On its 75th anniversary and during the global COVID-19 pandemic, the U.N. will bring world leaders together in a virtual format for the first time to seek action and solutions for a world in crisis. Many leaders wanted to visit New York City to make a speech this year but decided not to due to the 14-day quarantine requirement by the U.N. and the state of New York.

I attend and listen to the UNGA meetings in New York City every year. In fact, as a person who has listened to live speeches by state leaders at many general assemblies, I am sorry to say that the corridors I visited in the main building of the U.N. are empty this year. There is no excitement or crowds this year due to COVID-19 measures.

One now reminisces about the years when presidents went from one meeting to another accompanied by crowded delegations. Yes, this year, the General Assembly will be very different, raising questions about whether the meetings to be held virtually will be efficient enough.

For years, criticism against this international organization has increased due to the fact that no serious decisions have been made in the U.N. meetings. We clearly remember the campaign “The World Is Bigger Than Five” launched by Turkey and Trump’s warning about cutting the U.N. budget.

I also see that New York City feels desperate during the UNGA. The UNGA held in the city in past years used to bring in nearly $3.5 billion in revenue annually. New York used to earn millions of dollars in revenue from hotels, taxi services and security companies during the sessions.

The people I have been talking to are either about to go bankrupt or have already shut down their businesses temporarily. There are, of course, some New Yorkers who are happy with the recent situation in the city as the event causes the streets to close, results in traffic jams due to the presidency convoys on First Avenue and the surrounding Midtown area and disturbs general life every September, thus becoming torture for many residents of the city.

The bottom line is that COVID-19 hit both the U.N. and New York. No one is satisfied any longer.

With the seriousness of COVID-19 and the global economic downturn that it causes, these speeches will be heard all around the world. However, the fine art of face-to-face diplomacy will not be featured in the iconic hall or the corridors this year. I hope that the leaders will provide hope for 2021 and beyond with their concrete and realistic messages.