A day of shame at US Capitol 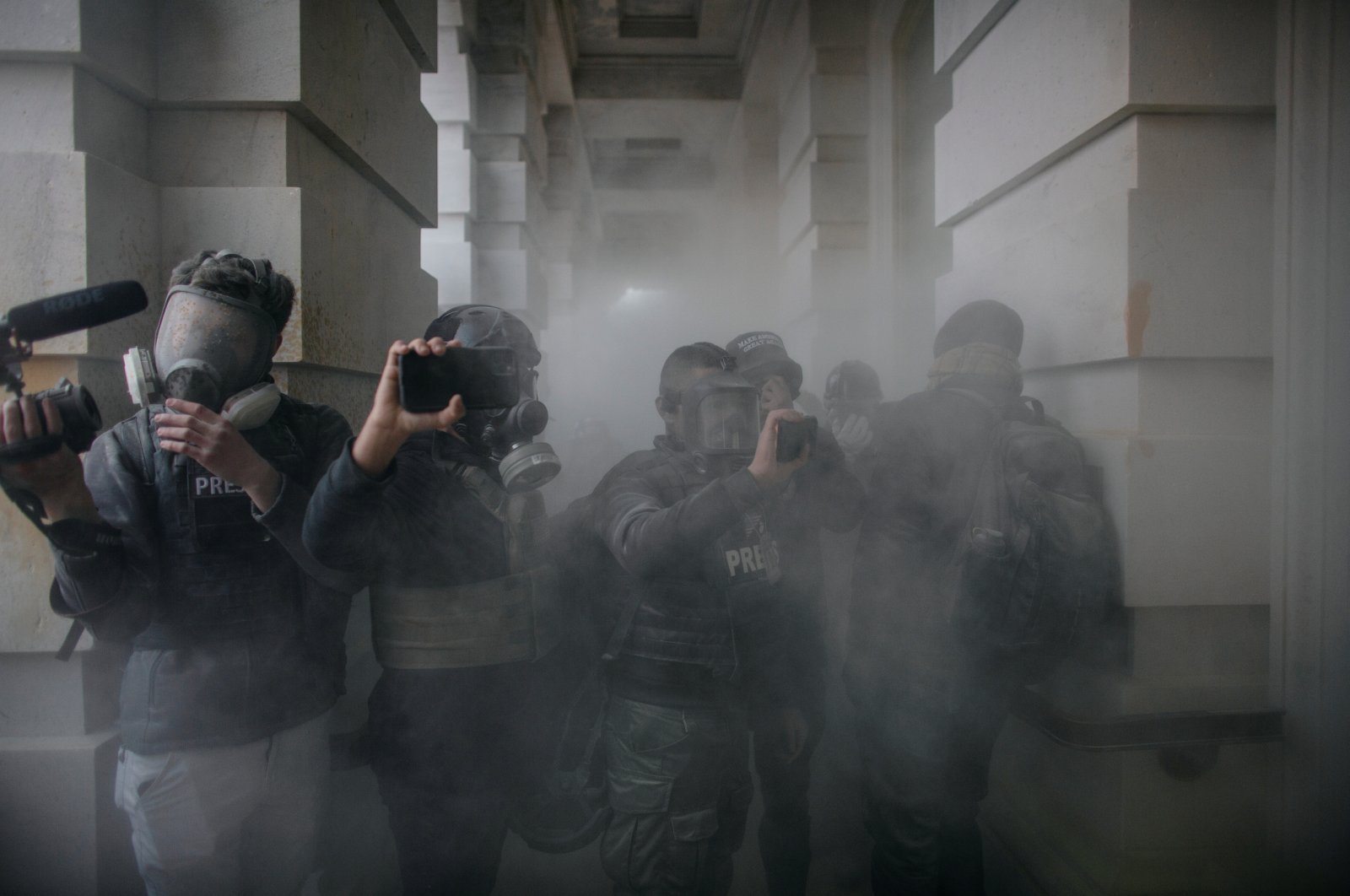 We arrived at the U.S. Capitol building with colleagues from the press to watch the final electoral count and the certification of Joe Biden as the 46th U.S. president.

Minutes after a rally at the White House, tens of thousands of supporters of U.S. President Donald Trump started to rush into the Capitol building.

These protesters had just rallied at a big public meeting, which Trump himself had attended, before coming here and showing their loyalty to Trump.

I saw families with children among the enormous crowd consisting of people of all ages, but some Trump supporters wearing military uniforms garnered most of my attention. I talked to some protesters, and they said they were ready to do anything Trump said and kept repeating that the presidential election was fraudulent.

At least 100 people from this big group later stormed the Capitol and collided with the police. This resulted in four deaths and left dozens wounded.

An Air Force veteran was shot and killed inside the building in addition to three other deaths. As we were trying to understand what was happening in the chaos, the protesters, who greatly outnumbered the police, did not hesitate to break into congressional offices and the general assembly.

Can you imagine, the most critical and secure building on U.S. soil, the Capitol building, intruded upon in conflict? We can easily say that nobody would have ever thought this was possible.

As Capitol police were not able to stop the protesters, help from the National Guard was requested, but they arrived four or five hours later.

This issue is still being debated because it is not clear if the delay was deliberately caused by the federal government.

In any case, we witnessed an embarrassing scene. Some protesters supported the intruders by staying around the Capitol building, while others peacefully left the area.

This was a day of shame for U.S. democracy. Despite the efforts of the U.S. to export democracy to many other countries, the civilian deaths at the Capitol – the heart of its democracy – and the threats against the members of the U.S. Congress were highly inappropriate.

In addition to the U.S. media, former presidents Barack Obama and George W. Bush and many Republicans unsurprisingly deemed Trump responsible for these incidents.

Even those close to Trump have vigorously condemned the incidents. I believe that Trump's political career has been dealt a major blow by this incident, and he damaged his odds to win the 2024 presidential election.

His party has also started to turn their backs on him. But in reality, Trump will probably retain his voter base with a new political movement.

Therefore, the ideology that I call "Trumpism" will not disappear, but if Trump continues to deepen the polarization of the country, the Biden administration will certainly come down on Trump.

In the future, what happened at the Capitol could take place in other states as well. As you may recall, Trump rioters had stormed the Senate buildings in some states last year, though not in Wisconsin.

In the upcoming days, Biden has a lot to undertake once he takes over. He can put an end to this chaos, with support from the House of Representatives and the Democrat-majority Senate, and impose strict measures. The current chaos in the U.S. will also pose a huge challenge for Biden.

Whether you like him or not, the biggest loser of Jan. 6 was Trump. As these incidents were recorded in U.S. history as "the Capitol building storm," Trump, who was alleged as the main person responsible for it, has undoubtedly lost his legitimate political ground.

As of now, people from his inner circle have already started to resign. Nobody knows what Trump is planning to do until Jan. 20, but it is now a fact that we all have witnessed this shameful incident to be recorded in U.S. history.

Eyes now turn to the swearing-in ceremony on Jan. 20. I hope that we will not have any further chaos in the Capitol.