A French play: Freedom of expression or freedom of suppression? 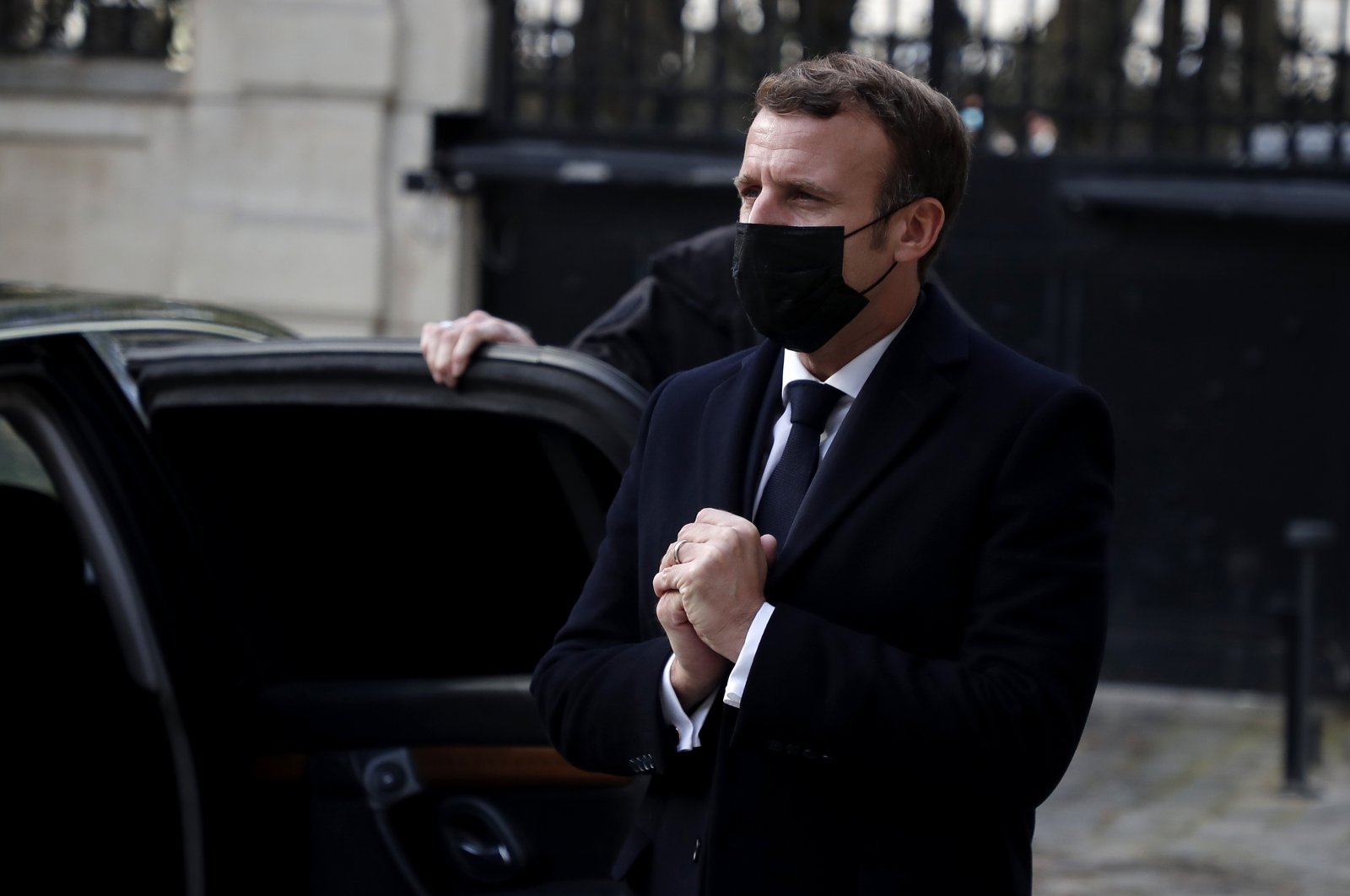 A great statesperson, Germany’s first Chancellor Otto von Bismarck, who pursued a policy of balance between Britain and France in European politics, once wrote that Britain was better at addressing the Muslim world than France. Bismarck said it at a time when Britain and France were in a heated rivalry to influence the Ottoman-Turkish caliphate and the Islamic world in general geopolitically.

Today, both countries have again faced new global dimensions and Middle Eastern geopolitical challenges due to the U.S. withdrawal of protection of Western interests in the military sphere.

Britain, France and the U.S. export arms to Muslim countries. However, recent French politics have begun to create a “new theater” seemingly based on anti-Islamic and xenophobic sentiments, while Britain appears safer for Muslims to live. The question of whether freedom of expression or freedom of suppression will prevail in France arises here as well as two reasons why the latter seems to dominate France's latest political strategy.

Firstly, in a very real sense, there is no freedom of expression in France, with the proof being that criticisms of the Armenian genocide are not even allowed.

Blasphemy, on the other hand, is permitted even when directed toward Islamic values. In past centuries, French Republicans following the French Revolution battled royalists who were more devoted to Christian beliefs. Republicans attacked churches and criticized every aspect of Christian life, while the royalists fought laicism, which they described as an extremist wave of rising French secularism.

Pro-laicism Republicans are critical of the Catholic Church, with the controversial satirical French magazine Charles Hebdo, for example, being among one of their papers that mocked the religion. It can be surmised that France's current social and political unrest stems from the ongoing battle between the “religious” and “pro-laicism” divides in the country.

Today, all fragments of French society, including both religious and anti-religion groups, are united against a common enemy: Muslim migrants, who constitute around 10% of the country's population. The same people who attacked churches in the past now target the Muslim minority in France.

Second, there is the aspect of global geopolitics as the global economy has already been devastated by the coronavirus outbreak. Before the pandemic, France was selling arms to Egypt and other Gulf countries but was facing difficulties in the Middle East, particularly in Libya and Syria due to U.S policies. Both Britain and France, recognizing the fact that the U.S. is more reluctant to protect European interests in the Middle East, adopted a strategy to develop new alliances in the region to ensure their economic security.

In recent years, especially in Eastern Mediterranean geopolitics, Turkey’s relations with the U.K. have strengthened but have deteriorated with France, and I am not sure if German Chancellor Angela Merkel aims to pursue a policy of balance between France and the British just as Bismarck did decades ago.

It is clear that extremist far-right ideologies are on the rise in Germany too but what is not clear is whether the German government will launch an anti-Islam campaign or anti-Turkish strategy to unite the German people.

The Macron administration seems intent on playing the role of hero, saving Europe from its historical enemy Islam. The U.S. is likely to rise tariffs against various French products next year and the Muslim world’s boycotting of French products seems to have had short-term side effects in Paris.

In November 2018, when the yellow vest movement occupied French streets, I wrote in Daily Sabah that: “In France, should the current conflict in the country be managed properly, it won't be surprising that Macron comes out of that process stronger. He might even be a new and young version of Charles de Gaulle (the late French president), if not a new Napoleon (Bonaparte), in future French politics as part of the new global system.”

The new global system seems to be multipolar. This year the yellow vest movement does not seem to be around, and we are yet to see whether the freedom of expression or freedom of suppression will prevail in the French strategy against its Muslim minority. Will the French policy manage to unite France or will the country’s future be haunted by Macron’s new Napoleonic approach against Islam? Unfortunately, the answers remain ambiguous.