A glimpse of doom: Istanbul’s earthquakes in history 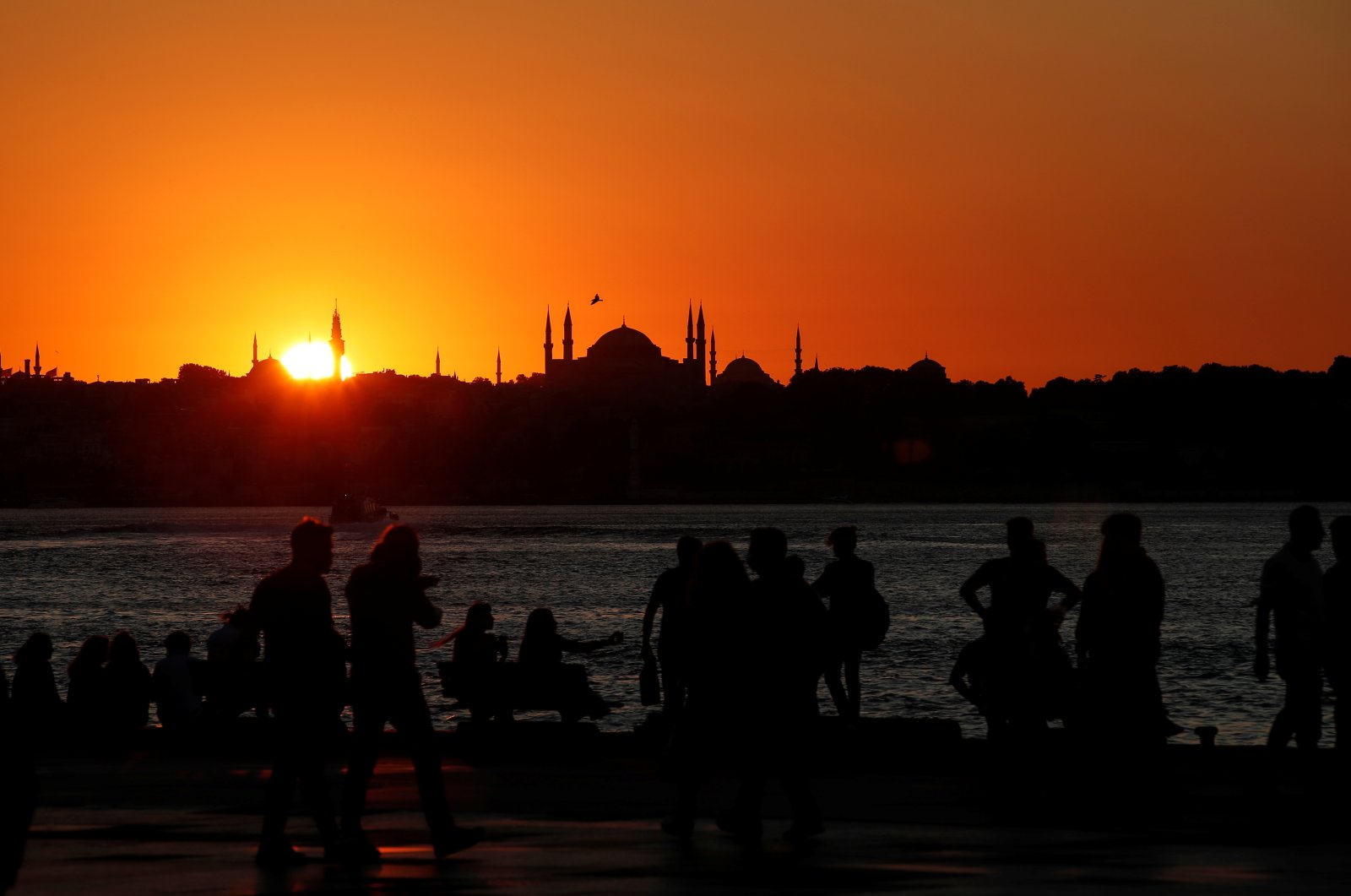 Istanbul has been shaken by various earthquakes throughout its history. The incoming Turks faced several large fires after conquering the city, yet would not experience an earthquake for more than 50 years.

The first major quake experienced under Turkish rule occurred in 1509, during the reign of Sultan Bayezid II. More about Istanbul historical earthquakes can be found in Greek seismologist Nicholas Ambraseys and British historian Caroline Finkel’s important work, “The Seismicity of Turkey and Adjacent Areas: A Historical Review, 1500-1800,” and the seminar, “Natural Disasters and Earthquakes in Anatolia throughout History."

In the early hours of the morning on Sept. 10, 1509, Istanbul was shaken by a huge tremor. Before residents could realize what was happening, the whole city was destroyed. According to experts, the 1509 earthquake in Istanbul was the biggest in the Eastern Mediterranean since the first millennium and could be felt across an area extending from the provinces of Bolu to Edirne. It also affected locations as far-reaching as Bursa, İznik, Gebze, İzmit Bay, Bolu, Gelibolu (Gallipoli), Edirne and Dimetoka (Didymoteicho). According to local and foreign sources at the time, between 5,000-13,000 died from the quake and over 10,000 were injured. Considering that Istanbul’s population was around 200,000 at the time, this means nearly 10% of the city’s inhabitants were either killed or injured.

The death toll was high as the quake hit at night, and survivors ran out of their homes before they knew what was happening.

The quake caused huge waves across the sea, which flew over the Galatian walls and slammed into the city. Accounts are unclear as to whether these waves outright destroyed the city walls or houses. Due to scant historical sources, we cannot know to what degree the waves affected the city.

The demolition of the city

109 mosques were utterly destroyyed, while most of those left standing suffered damage to their minarets. While 1,070 homes collapsed, 49 towers along the walls of Istanbul also collapsed or were destroyed. The domes and columns of the Fatih and Bayezid mosques, the biggest in the city at the time, were leveled.

Madrassas and hospitals were also destroyed by the quake. The minaret attached to the Hagia Sophia Grand Mosque, which was built after the conquest of Istanbul, collapsed. The quake damaged the Rumeli Fortress, Anadolu Fortress, the Yoros Castle in Anadolu Kavağı, and the Kız Kulesi (Maiden's Tower).

Even the residence of the sultan, Topkapı Palace was not spared. Bayezid II’s bedroom collapsed at the tremor, with the sultan only saved by the fact he had left his chambers only hours earlier. After staying for ten days in a tent set up in the palace garden, Bayezid II went to stay in Edirne.

The earthquake wrecked countless lives. People felt that doomsday had arrived. Indeed, the quake was so destructive for Istanbul that chroniclers referred to it as “Kıyamet-i Sugra”, or “Little Doomsday.”

The greatest crisis occurred with the lack of accommodation that resulted. Though 1,070 houses officially collapsed, thousands of other homes survived without damage. However, given aftershocks continued for 45 days after the initial quake, people were unable to return to their homes for a long time. Since it was summer, sheltering outside was not a big deal.

The destruction or collapse of the food stores, shops, bakeries and grain mills led to food shortages. Also, the collapse of aqueducts, or the water supply network, made it difficult for people to find drinking water.

The Divan-ı Hümayun (Imperial Council) convened after the quake and took decisions to deal with the effects of the disaster.

Istanbul had to be reconstructed and an additional tax of "22 akches" would be taken from each household for the task, it was decided. In order to understand the situation in Istanbul, damage assessment works were carried out in areas destroyed by the quake. Afterward, an empire-wide initiative was launched to reconstruct the city. Tens of thousands of workers, stonemasons and carpenters were brought to Istanbul from both Anatolia and Rumelia. Furthermore, soldiers were tasked with the procurement of materials.

Beginning on March 29, 1510, construction works in the city were undergone hastily and completed on June 1, 1510. Thanks to well-prepared plans, in just two months' time, the city’s walls, bridges, damaged parts of the Anadolu and Rumeli fortresses, Maiden's Tower, houses, mosques, madrasas, inns, and fountains were all successfully reconstructed or repaired.

Twelve years after the establishment of Constantinople, in 342, an earthquake occurred east of the city but did not cause much damage. On Aug. 24, 358, however, an earthquake that brought down İzmit affected the city of Istanbul as well.

Following that big quake, earthquakes that hit Istanbul in 402, 412, 417, 423, 437 and 442 caused considerable damage to the city although not as much as the one in 358. But the earthquake in 447 caused great damage in Istanbul. A large part of the city walls collapsed.

The quakes, in 450, 477, 487, 525 and 533, caused damage in Istanbul as well. On the other hand, the quake that hit the city on Aug. 16, 542, was massive: Many homes, fortified walls and statues were demolished and thousands died. Again, the damage caused by an earthquake on May 7, 558 following the earthquakes of 546 and 557 was also substantial. The dome of the Hagia Sophia and thousands of homes collapsed.

Historians write that Istanbul was leveled to the ground in this last quake. Houses, palaces, churches and city walls were demolished. Floods occurred, and aftershocks continued for two months.

In January 1303, Istanbul was hit by two successive earthquakes. The earthquake of 1332 destroyed many houses and churches together with statues. The earthquake on Oct. 18, 1343, was also quite massive. The city walls, which suffered great damage, underwent extensive repairs. Hagia Sophia was also damaged during that quake. Following a quake in 1402, the 1419 earthquake saw large waves overflowing the city walls. The last earthquake to hit in Istanbul during the Byzantine Period was in 1437.