A long story since 2001: US energy diplomacy 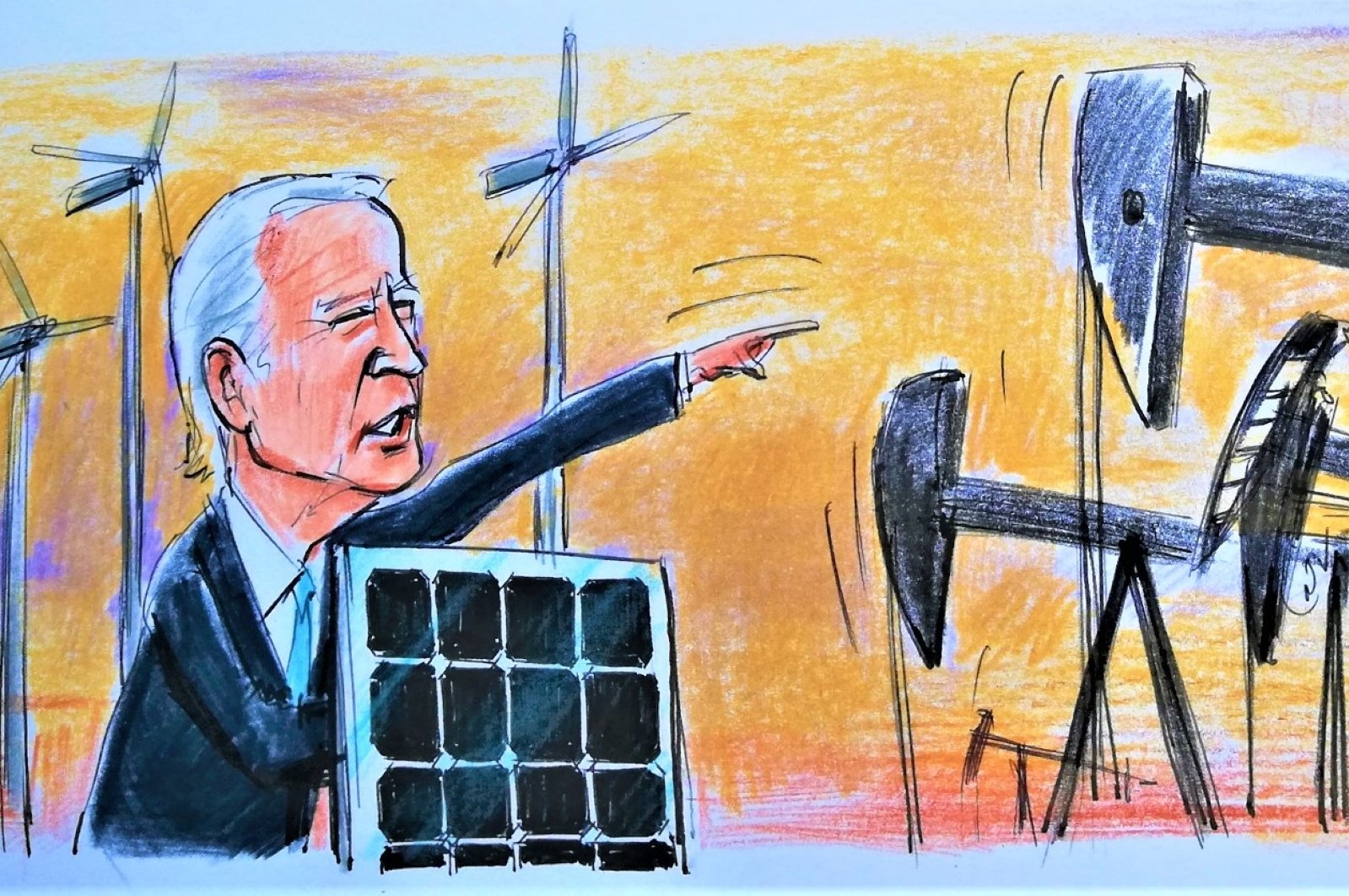 So far, all U.S. administrations' energy policies had strong ties with energy-producing countries; however, this time, Joe Biden is expected to introduce some significant changes

Despite the various interpretations of preceding theories regarding international relations, there are commonalities and relations among them.

At the end of the Cold War, economic globalization has rapidly expanded. Energy security was believed to be achieved through international cooperation and coordination as it is associated with not only the sustainable development of the economy and society but also the external political and economic relations of nation-states.

As a functional area in the world system, the Caspian Sea is a geopolitical region that consists of five political units or neighboring countries assuming their identity from the sea near which they are gathered around.

The natural and human structure of the region has given it the qualities that act as an active and effective functional unit. Traits such as collective resources, production, culture and geographical location have placed the Caspian Sea at the center of important global and regional issues.

In this regard, the countries of the Caspian Sea region, including Central Asia and the Caucasus region, are influenced by the regional geo-culture and are challenging each other in deepening the cultural and political ties between them.

The U.S. Energy Security Council (USESC) reported that the issue of the U.S.' national security could not be isolated from an interest in a stable global market.

The USESC continues to claim that the U.S. dependence on imported crude oil leads to potential vulnerabilities for the U.S. economy, which can impact America’s national security.

As energy independence cannot be reached soon, the U.S. has to establish a detailed energy policy that takes into consideration the realities of the U.S.' interconnected world.

Thus, the USESC explained that they were currently aiming to look into how the U.S. national energy security strategy could be impacted by the development and availability of the energy resources in Russia and the Caspian Sea area.

In a series of speeches in 2006, U.S. then-President George W. Bush stated that the U.S. was dangerously dependent on energy supplies from volatile areas.

While there is consensus on the dangers of U.S. dependence on imported oil, Democrats and Republicans disagree on how to meet those challenges. And the failure of the country’s energy policy is causally related to that fact.

Excessive U.S. dependence on oil imported from the Middle East caused the U.S. to seek alternative sources of energy to implement a policy of extreme diversity in energy sources.

Therefore, the U.S. policy toward the Caspian Sea states and former Soviet republics was mainly shaped during the Bush administration and his team, specifically Vice President Dick Cheney.

In December 2015, the U.S. removed the prohibition of crude oil exports. That was a deal, a political compromise, which was made between former U.S. President Barack Obama's administration and the Republicans on Capitol Hill.

Among other items, the renewable energy tax credit was extended for five years as a part of a larger political compromise.

Nevertheless, the fact that the U.S. could export light and sweet shale, and import heavier materials makes considerable sense in both economic and business terms.

The use of energy in U.S. foreign policy increased, and the use of sanctions against the energy industries of other countries also became a major factor in Obama’s foreign policy.

The U.S. is one of the three branches of power in the oil market that reduces or increases production and makes changes in strategic reserves: in other words, all its energy policies and strategies to achieve these policies affect market trends.

Relying on the oil and gas component, the U.S. government seeks to maximize its foreign policy, diplomatic and military interests at the international level and to use this factor and its price fluctuations as a tool to support allies and punish rivals, including Iran.

By 2016 and during the presidential campaign Trump made it noticeably clear that his administration, if elected, would pursue a global dominance strategy that is quite different from the strategy pursued by previous presidents who always talked about energy independence, energy self-sufficiency.

Exporting energy to increase relations with neighboring countries and U.S. allies has been the focus of the Obama and Trump administrations, and this policy will be one of the basic principles of U.S. foreign policy in the next administration era.

Meanwhile, sanctions on the energy industry of different countries have also played an important role in Trump's foreign policy. During Trump’s presidency, the country had major foreign policy problems with China, Iran, North Korea and Russia.

The U.S. withdrawal from the Joint Comprehensive Plan of Action (JCPOA) and the imposition of sanctions on Iran’s oil exports, followed by a policy of maximum pressure on it, has been one of the key points of Trump's foreign policy.

U.S. energy independence has provided the country with the opportunity to increase energy exports to the global market and has even allowed the U.S. government to use energy sanctions against major energy-producing countries.

A major development in the energy market during the Trump administration was the coronavirus spread and oil price decline. Oil prices were one of the most important challenges in U.S. energy policy under Trump, although he worked hard to minimize the impact of the coronavirus outbreak and falling oil prices on the U.S. economy.

Since Biden has not emphasized the issue of energy dominance, it is natural that in the global energy market it will seek to protect U.S. national interests using energy diplomacy. And Biden will need the cooperation of the Organization of the Petroleum Exporting Countries (OPEC) and Russia to stabilize the global oil market.

The cost of gasoline and car prices has risen, and people are turning to electric cars. Given that the car market economy in the U.S. is highly important, all of this will have a significant impact on demand for gasoline and oil.

The peak of demand is emerging faster and as mentioned earlier, the world market will be more sensitive to demand. It may be widely believed that outside the U.S., countries such as Russia, Saudi Arabia, and other world oil producers are interested in electing Biden as president because it would hurt shale oil production and shale competitors by reducing production.

But this is a misconception because Russia and Saudi Arabia are worried about not electing Trump, and this concern is due to the impact of Biden’s policies on the process of reducing global oil demand.

Biden will lack the cordial relationship that Trump had with Saudi Crown Prince Mohammed bin Salman (MBS). Saudi Arabia is the largest member of the OPEC. Thus, Biden may not be as involved in the OPEC production policy as Trump.

Unlike Trump, who repeatedly tweeted, Biden is likely to use quiet diplomatic channels to influence the OPEC. Any influence that Biden might have as the U.S. president is likely to be aimed at the same goal, which is to maintain oil at a reasonable price.

Every president in the U.S. needs cheap fuel for consumers. Similarly, for Biden, in line with his ambitious climate program, fuel prices must be at a level where clean energy alternatives to fossil fuels seem reasonable.