A memory from America on Turkish-Armenian relations 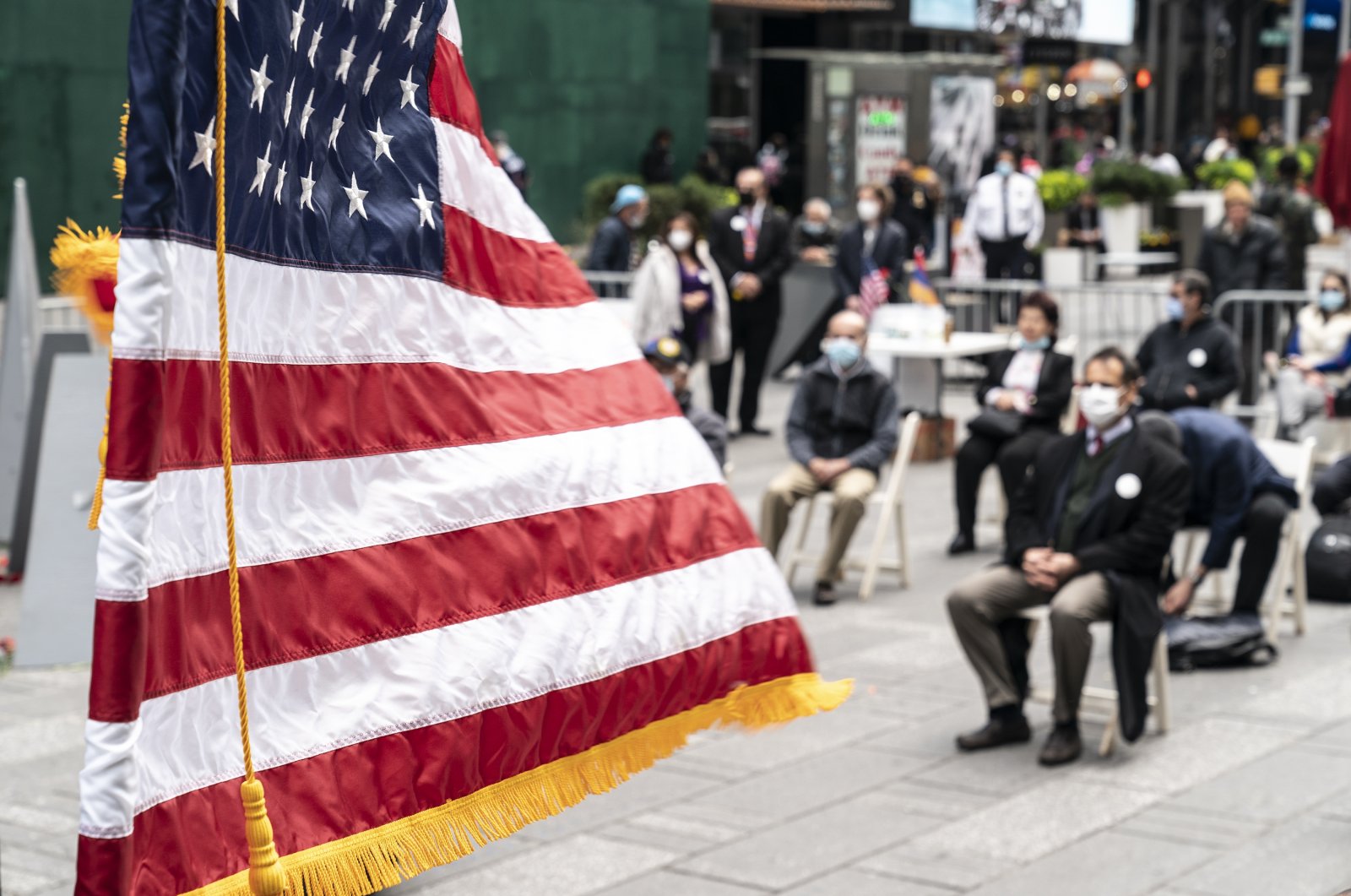 Growing up as a Turk in America gave me an opportunity to develop friendships with people of almost all nationalities. The land known as the “melting pot” allows for a multicultural perspective of the world from an early age within multiple scopes.

As I was eager to get to know new people, I learned early on that being friends with two certain nationalities was off-limits: Greeks and Armenians. History would come into play. Given that my last name is Turk-man, my nationality was never much of a mystery.

As a child, the Greek kids generally kept their distance from me. I was frowned upon and ignored. With Armenians, the dislike was at another level. They approached me and told me what they thought. I was pushed and despised. I was told how revenge would one day come.

The language was grossly vulgar and the resentment and anger were as clear as day. The hostility was tough to take on as a kid.

The majority of Armenians in America deplore Turks. I experienced this hatred first hand. It’s no question that their grandparents suffered during the terrible times of the early 20th century.

From the age of 3, most were taught how vicious and downright horrible Turks are. The hatred toward Turks was groomed from a very young age. As a teenager, I became wired to believe that if you are an Armenian, you must simply hate and wish the absolute worst for me.

On my 16th birthday, I became less sure of this. On that day, my father came home full of absolute glee. One of his closest university classmates was in town attending a medical conference and was to visit us.

His name was Dr. Ara Keresteci. Ara was a proud Armenian who was born and raised in Istanbul. The moment he came to our house, their love and friendship was genuine and crystal clear.

Both were graduates of the 1954 Istanbul Medical School, served in the Turkish military and found their way to the states to resume their medical careers.

I was stunned and so relieved to see that a brilliant Armenian could actually hug a Dr. Turk-man. Dr. Keresteci became known to me as Uncle (Amca) Ara. He showed affection to me as if I was a second son.

To my shock and confusion, I realized that an Armenian can actually like me. Fast forward to a decade later when I decided to start a company where I can consult Turkish students seeking a U.S. education.

My Turkish was weak at the time and I was struggling to get my point across to students and families in Turkey.

I was going door to door and getting nowhere. It was the early spring of 1995; as my adventure was close to ending, I visited Boğaziçi University with the last and perhaps desperate hope of meeting some prospective students.

I was not able to and it hit me that it was time to move on to a new life. On my way out, I ran into this man in the hallway, who asked me who I was. Understanding that my Turkish was a struggle, he asked me to speak English.

Somehow, I felt comfortable enough to tell him my issues. He grabbed me and told me to come with him. This man’s name was Professor Arman Manukyan. He took me to his accounting class. Introduced me to his 120 students as if I was royalty. He gave me his class time to speak with his students. He empowered and reinvigorated me.

After my surprise lecture, this professor literally held my hand and took me to his room where he demanded that I not give up on what I started.

Dr. Arman Manukyan was an Armenian. I could not understand how and why he could or would help me. I was a passing stranger in the night and my last name was Turk-man. Though I only spent that day with him, to this day, I view him as an angel.

Manukyan was a beloved professor. From my one experience, I was able to see how much students admired and cherished him and experienced how he made an impact on my life. Dr. Manukyan loved Turkey.

He also studied in America. He was absolutely brilliant and if he chose to stay in the U.S., would have clearly made millions within any executive capacity.

Manukyan came back to Turkey to do what he loved for peanuts. These two experiences that I had with Armenians washed away my belief that if you are Armenian, you must hate me.

Keresteci and Manukyan are not the only brilliant and proud Armenians who love Turkey. So many Armenians have come to America from Turkey for a higher-level education to excel as being simply the best in their professions.

Massachusetts Institute of Technology (MIT) professor Dr. Daron Acemoğlu is recognized by world leaders as being one of the top economists in the world. He is also a man who loves Turkey.

One of America’s most gifted pianists, Sahan Arzruni, came to the Juilliard School in New York in the 1960s after graduating from Istanbul University State Conservatory. He continues to compose and produce both Turkish and Armenian traditional music. Acemoğlu and Arzuni are two of America’s very best.

During the past two decades, I have seen over a dozen Armenian Turks come to America and add great value to the community. They came here to study in the United States. They were proud members of both their school’s Armenian and Turkish student associations. They have been bright and successful.

On April 24, U.S. President Joe Biden recognized this part of history as a "genocide," claiming the killings were part of a systematic plan to erase the Armenian population.

I have never taken a class where this subject was taught, but I had one source that I found to be reliable. It was my grandmother who was with us during my childhood years in America.

She was from the Anatolian city of Divirgi, the very region where these tense conflicts were most abundant. What I learned from her was that Turks and Armenians lived in harmony for centuries. We were brothers and sisters with one culture and one passion for life.

1915 was a terrible time in history. The Ottoman Empire was in its last stages of demise and there were indeed ugly times when many people died in bloodshed, both Armenians and Turks.

Though I won’t pretend to be one, there are many American and British historians that concluded that there was no genocide, i.e. Arnold Toynbee, William Langer, Chester Tobin, Stanford Shaw, Justin McCarthy, Heath Lowry, Leonard Ramsden Harthill, Alexander Powell and Robert Dunn (by the way, Powell and Dunn were eyewitnesses to the events).

To summarize their findings, the Ottomans did not start the war. They were attacked by foreign powers, by the Russians in eastern Anatolia (December 1914) and the British in Gallipoli (1915) and the Middle East (1915-1918).

The Ottomans lost World War I and the empire was occupied by the Western powers. Turkey, under the leadership of Mustafa Kemal Atatürk, was able to fight back the invading armies and pushed them out of the country while the major powers left of their own accord.

The Turks were the victims. I am sure many innocent Armenians were killed in the war and that was very unfortunate. The aforementioned historians found that even more innocent Turks were killed.

The historians claim 450,000 to 600,000 Armenians respectively lost their lives during the eight years of war, famine, disease and killing, and that was unfortunate. This was along with 2 million Turks who died the same way.

They were some of the casualties of World War I, the deadliest conflict in human history and it would not have happened if the British, French and Russians had not attacked the Ottoman Empire. This includes the families of people who were dear to me.

If it was indeed the Turks' plan to erase or eradicate Armenians from the earth as claimed, why would the families of Keresteci, Manukyan and the 100,000 other Armenians have chosen to remain in a country full of bloodthirsty enemies?

Why would they love and cherish the children of those so-called evil people? Biden’s statement suggests that Turks were terrible. My grandparents were not murderers and to label them as such is insulting.

On the contrary, they loved all people, including their Armenian brothers and sisters. Biden has done a fabulous job in his first 100 days of office.