A war against Palestinian refugees’ education 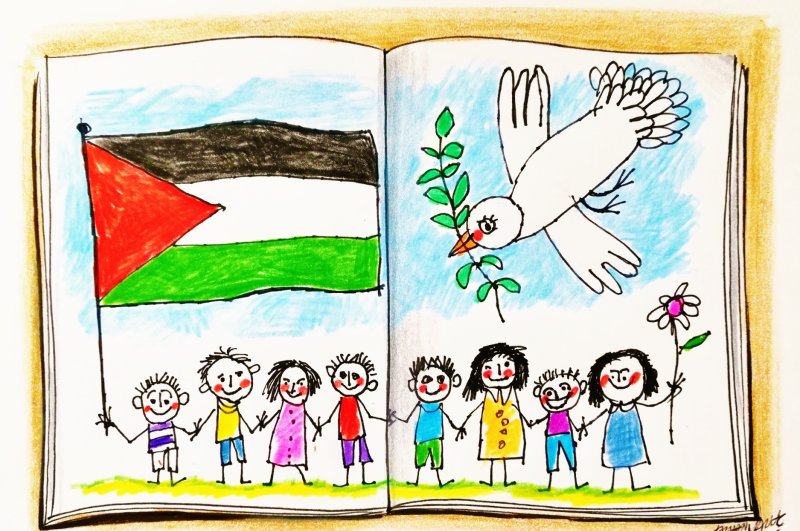 The so-called Jerusalem Municipal Council approved recently a plan that targets schools run by the U.N. Relief and Works Agency for Palestine Refugees in the Near East (UNRWA) in the mostly Arab neighborhood of Shuafat in East Jerusalem as well as the town of Anata, located 4 kilometers (2.4 miles) northeast of the Old City of Jerusalem.

Israeli authorities are planning to close down the U.N.-run Palestinian schools in occupied Jerusalem and replace them under the aegis of the Israeli Education Ministry following the Israeli regime’s education curriculum and colonial narrative.

The project will cost 7.1 million Israeli shekels ($2.07 million) and has been supported by Jerusalem Mayor Moshe Lion as part of Israeli attempts to reduce the UNRWA's influence in the occupied city. It is also another form of displacement meted out by Israel, complementing the historical dispossession of the Palestinian population.

UNRWA was established in 1949 to provide education, health and relief services as well as housing and microfinance assistance to around 5.5 million registered refugees in the West Bank, the Gaza Strip and East Jerusalem, as well as in Jordan, Lebanon and Syria.

On Dec. 13 last year, the U.N.’s Fourth Committee approved extending the mandate of UNRWA until June 30, 2023, with 169 votes in favor and nine abstentions, while the U.S. and Israel voted against.

Sami Mshasha, chief of communications and Arabic language spokesman for UNRWA, said in response that at no point since 1967 have the Israeli authorities challenged the basis on which UNRWA maintains and operates premises in east Jerusalem. “Israel is a party to the 1946 Convention on Privileges and Immunities of the United Nations which safeguards the U.N.’s ability to fulfill its functions free from interference ... furthermore, there is a bilateral agreement between UNRWA and Israel which obligates Israel to protect our installations in areas under its authority and to facilitate UNRWA tasks to the best of its ability, among other obligations. We deliver services and maintain facilities in east Jerusalem as part of our operational area.”

As part of its mandate, UNRWA manages the affairs of the Shuafat refugee camp, which is located between French Hill and Givat Ze’ev in northern Jerusalem, as well as several health clinics in some Arab neighborhoods.

PA officials rejected this provocative measure towards UNRWA’s programs and claimed it was part of a “conspiracy” to “eliminate the right of return” for Palestinian refugees and their descendants to their former homes in Israel. The officials added that the Israeli authorities want to change the city’s Arab identity, following U.S. President Donald Trump’s decisions and policies against the Palestinians, including the recognition of Jerusalem as Israel’s capital and halting U.S. financial aid to the agency.

PLO Executive Committee member Hanan Ashrawi commented that Israel’s “provocative decision targeting Palestinian refugees in Jerusalem is an affront to international law, as well as the will of the international community as expressed in the U.N. resolutions.”

This plan, she added, “is part of a wider Israeli strategy that aims to displace and replace the Palestinian people through ethnic cleansing and other criminal acts in order to entrench its colonial regime. In its campaign against Jerusalem, Palestine refugees and UNRWA, Israel is empowered by the U.S. Administration’s illegal and unilateral decisions against Palestinian rights.”

The Israeli municipality announced that Jerusalem Mayor Moshe Lion had instructed the city’s professional staff to establish new municipal schools in and around the refugee camps located in Jerusalem.

These schools it claimed will offer better quality education and will be supervised and controlled by the Ministry of Education and the Jerusalem Municipality. “We are convinced that at the end of the day UNRWA schools will give up (have to close for lack of pupils)," the municipality said.

Israel claims East Jerusalem as part of its undivided capital, in a move largely unrecognized internationally, and has sought in recent months to push the U.N. Palestinian refugee agency out of the city. UNRWA services 2,359 pupils in six east Jerusalem schools, in Wadi Jose, Silwan, Shuafat and Kalandiya.

Israel rejects UNRWA criteria, under which refugee status is extended not only to the tens of thousands of Palestinians still alive who used to live in today’s Israel but also to over 5 million of their generations of descendants. Officials have called for the body to be shuttered and the refugees absorbed into other existing U.N. programs.

A difficult year ahead

The U.N agency has faced budgetary difficulties since 2018 when the U.S. – its biggest donor – under the Trump administration took an increasingly extreme stance toward Palestine and halted its annual aid 0f $360 million to the organization.

The interim head of the U.N. agency that aids Palestinian refugees Christian Saunders accused pro-Israel groups of lobbying foreign parliaments to stop donations, even as it struggled to recover from losing U.S. funding in 2018. Also, he added that Israel was seeking to replace UNRWA services for Palestinians in Occupied East Jerusalem with those of its own.

Last November, UNRWA Commissioner General Pierre Krahenbuhl resigned amid an investigation into misconduct allegations. Acting commissioner general Saunders clarified that the inquiry by the U.N. Office of internal Oversight Services was complete and Secretary-General Antonio Guterres had confirmed that there had been no corruption or misuse of funds.

Saunders affirmed that the investigation had uncovered mismanagement related to human resources and abuse of authority and that major donors who had withheld funding while the inquiry was under way, have fulfilled their contribution. Besides, Saunders said he felt confident UNRWA had enough money for at least the first quarter of 2020 but he expected it to be an “even more difficult year than last.”

Saunders added that the important thing to remember here is that UNRWA has a mandate from the U.N. General Assembly (UNGA), from the rest of the world member states, to provide services to Palestinian refugees in East Jerusalem.

Israel’s war on the UNRWA

The six UNRWA-run schools in Jerusalem are now facing the threat of closure, after the Israeli municipality greenlighted the establishment of a school complex affiliated with the so-called Israeli Ministry of Education as an alternative to the UNRWA-run schools, paving the way to end the operations of the international organization in the occupied capital.

Israel has particularly intensified its attack on UNRWA since the U.S. administration's decision to suspend funding to the Agency in August 2018, with a view of preventing it from operating and providing educational, health and other services to as many as 110,000 Palestinian refugees in Jerusalem.

The Israeli authorities intend to close down UNRWA schools and end the possibility of Palestinian children being educated in an environment that prioritizes the need to retain knowledge about Palestine’s history. By doing they want to colonize Palestinian land and coerce Palestinian students into following their special syllabus in marginalizing the Palestinian refugee narrative.

In the meantime, the head of the Refugee Affairs Department in the Palestine Liberation Organization (PLO) Ahmed Abu Houli said that the Israeli decision to ban UNRWA's work and target Palestinian refugees in Jerusalem is part of the so-called “Deal of the Century.”

He said there are leaks confirming that the occupation is planning to terminate UNRWA's work in Jerusalem this year, as the city remains at the core of the conflict after the city was illegally recognized as Israel’s capital.

This necessitates a response from the international community to put an end to Israel's disregard for international law, U.N. resolutions and all humanitarian laws.

The occupation’s plan to build schools that replace UNRWA schools in Jerusalem is a dangerous development that comes within the Israeli attempts to weaken the agency and its presence in Jerusalem. It is, without a doubt an abuse to UNRWA and the international community while Palestinians pay the price of such political movements, namely the dissolution of the connection between the people, their history and their memory.