AI dystopia turns into reality: Time to regulate it 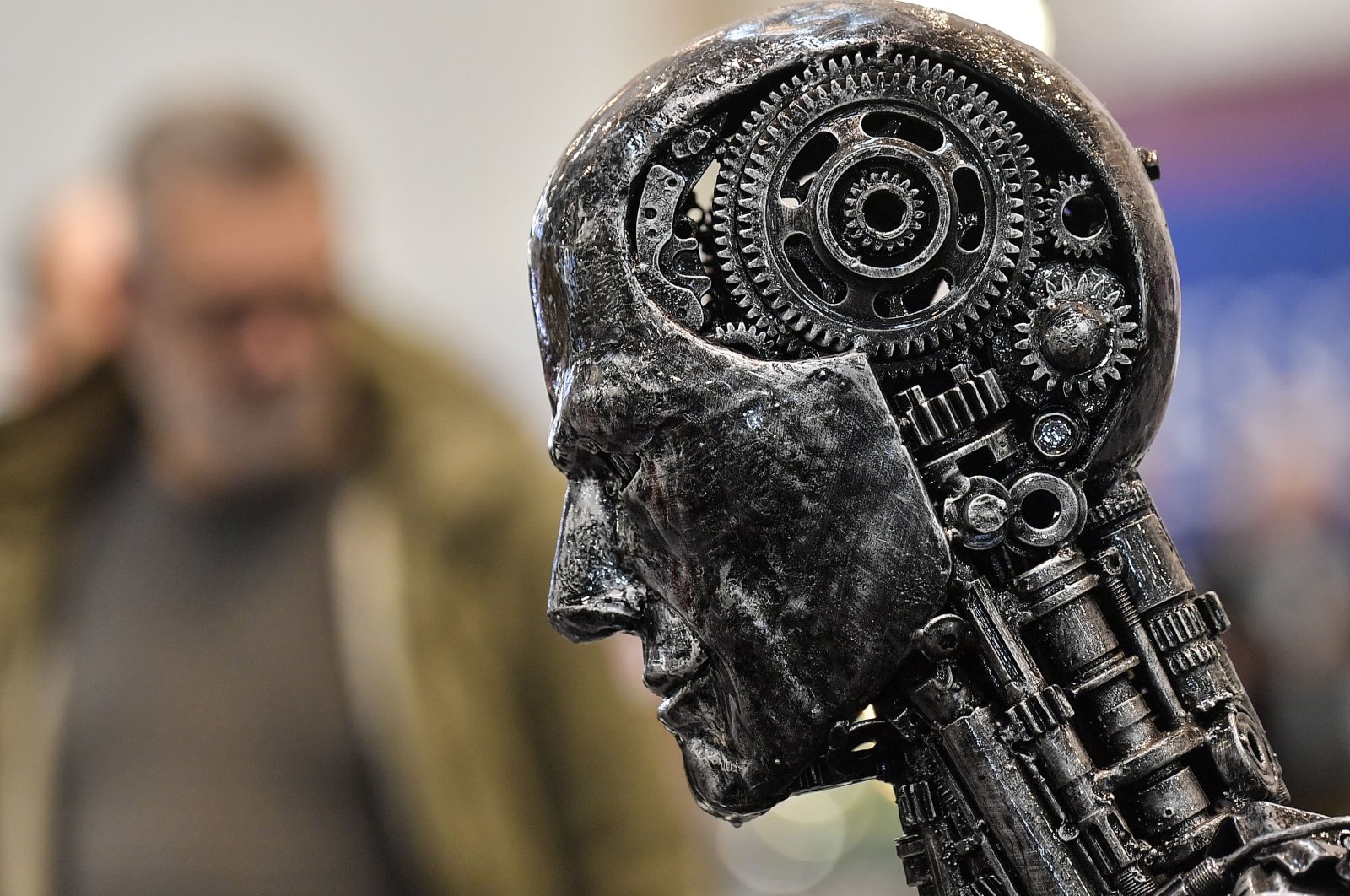 Two noteworthy artificial intelligence (AI) products have been introduced recently: The first is a robot that can write op-eds entirely on its own, one of which was published in The Guardian with the title, “A robot wrote this entire article. Are you scared yet, human?,” and the second is an app called Plant Jammer which has an AI infrastructure that produces new recipes with the ingredients available in our homes.

There are ongoing discussions about what kind of a function AI will gain in space and how it will serve in this context. In other words, the concept of AI is increasingly becoming an indispensable part of human life with the advance of technology.

So much so that, one can face AI in anti-lock braking systems (ABS) of cars, search engines of computers, smartphones, and smart homes and smart offices.

Because the concept is already present in our lives and will gradually develop further, it does not seem possible to find solutions to problems without considering entities that have human abilities and are even more autonomous than humans.

Is there AI regulation?

Legal arrangements must be made without delay. At this point, the legal status of AI entities, which is the subject of this study, and their legal responsibilities should be clarified.

In other words, areas of our lives where AI can be included and others from where it should be kept out should be clearly defined.

In particular, the proposal for the status of “electronic personality” for AI entities in a report released by the European Parliament (EP) is worth examining.

Apart from natural personality and legal personality, a new type of personality – an electronic one – should also be given a status. In this context, the personality status for AI entities should be determined.

In fact, the proposal for the status of “electronic personality” is also a suitable example of the sui generis state of AI entities. Theoretically, the ideas of using the concepts of “legal person” and “nonhuman person” for AI entities have also been put forward. However, each of these views should be examined thoroughly, taking into account the upsides and downsides that may arise, and the most convenient way to fınd a solution to any possible legal handicaps should be decided.

The constant technological progress and its increasing involvement in our lives along with its growing impact on social life have shown that legal regulations cannot remain indifferent to these developments.

After all, the provisions of law that regulate social relations will not be able to respond to these galloping developments at their current creeping pace.

In this context, another remarkable scientific development of the recent period is the concepts of AI and space law. This is because AI will lead to the transformation of the rules of law in every field it touches.

Laws regulating social relations exist wherever humans are present, and in the same way, they should also be created and applied to fields of AI.

The case in Turkey

As a result, the convergence of law and technology will make it necessary to fill the legal gaps that arise. However, there are no concrete regulations within the framework of the legal status of AI in Turkey.

When relevant discussions are examined, there are opinions that consider it appropriate to treat AI as an object, to give AI a legal personality, or to accept it as a nonhuman, electronic or artificial entity.

Apart from this, the European Parliament has proposed giving AI an electronic personality and absolute liability. So, from the point of view of our law, it is necessary to follow developments in AI around the world and to make legal arrangements accordingly.

In the face of increasingly autonomous and intelligent AI, legal action must be taken without further ado. However, the concept of the personality in question should be unique to AI within its own boundaries and independent of the existing concepts of personality.

So, with the achievement of legal regulation in accordance with international guidelines, Turkey should develop a more audacious approach toward technological developments related to AI.

In line with the development of technologies that work with digital data today, the study of the problems that arise regarding both criminal law and other branches of law is considerably different.

The AI race between countries has gained momentum. European countries have issued their AI strategy documents one after another to avoid falling behind in this race.

In March 2018, France announced its AI strategy, titled "AI for Humanity." To this end, the French government allocated a total of $1.79 billion to the development of AI by the end of 2022.

In April 2018, the U.K. announced its national AI strategy. This strategy document was updated one year later in May 2019. The aim is to prepare the economy and society for the transformations that accompany AI. The U.K. is now focused on improving its position.

Given that AI will become much more advanced in the future, it is a topic that requires more research. Some say that AI will take over humanity and put an end to human speciesism, and will keep human beings under control. Others argue that it will have significant benefits for humanity.

It is possible to finalize all these discussions by arranging them in a legal context to determine whether to give AI a personality. Indeed, if AI is given a personality of general legal status, it will be a right holder and incur liabilities with its own actions.

Finally, the question and fear about whether “AI will become conscious and destroy humanity,” which is often discussed today, is the topic of many science-fiction works.

In addition, errors in nuclear missile warning systems come to mind. The Fukushima case shows that advanced technology does not guarantee inerrability.

It is a matter of debate whether AI weapons are more reliable than manmade machines that make mistakes. Consequently, if we are to focus on the impact of AI on politics, the deepfake content produced by AI has been on the agenda from time to time. Deepfakes are AI-generated fake videos or images that have a high potential to deceive.

For instance, in one such eerily convincing deepfake video, former U.S. President Richard Nixon is seen delivering a speech. Facebook announced that it had placed a ban on deepfake videos shared on the platform before the U.S. elections.

In Turkey, the Turkish Aerospace Industries (TAI), the first major defense industry company to establish an AI team at the directorate level, has established a team to work in this field and is improving it every day. Organizing various educational programs to boost human resources, TAI also cooperates with several academic institutions, including the AI engineering department of Ankara-based Hacettepe University.

AI, which is often used in daily life and whose effectiveness is increasing every day, is used in basic industries such as health, education, security, trading and transportation.

However, no special legal regulation on the legal personality of AI has been made in our country. In the face of the unique structure of AI, it is necessary to make various legal regulations, taking into account AI's dramatic influence on our lives.