Ankara, the night of July 15: Memories of an exchange student 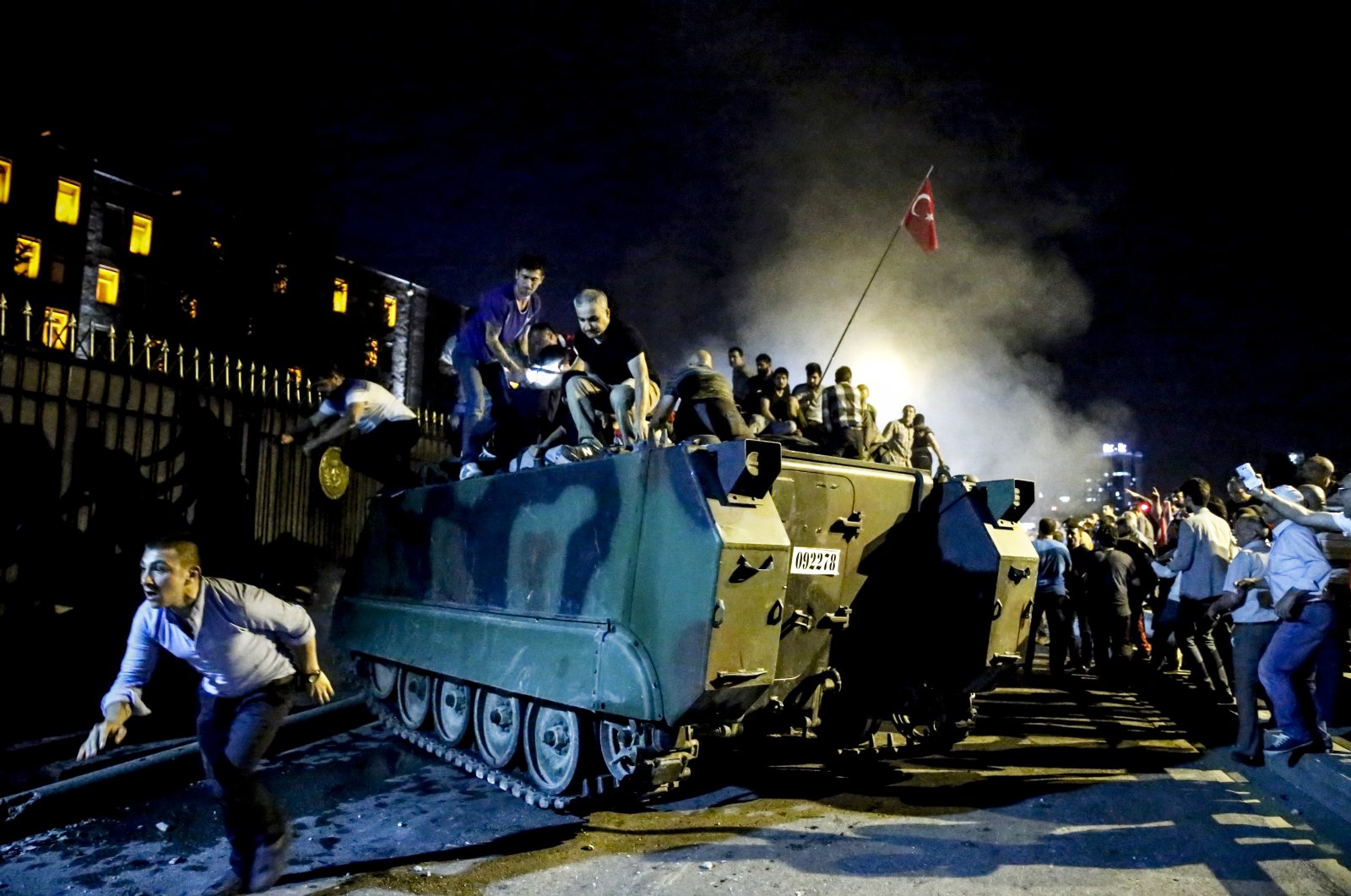 People resisting against the FETÖ coup plotters during the bloody attempted coup of July 15, 2016, Ankara. (AA Photo)
by Hafijur Rahman Jul 16, 2020 12:05 am
RECOMMENDED

It was about 10:30 p.m. when I was sitting with my laptop and planning to go to the canteen for dinner. Suddenly, the incredible sound of a jet engine began to be heard. As my room was on the top floor, the sound came to me directly, deeply unsettling me. I looked out my window to see that everyone was leaning out of theirs, trying to comprehend the situation. In the corridor, our friends were gathering to figure out what was going on.

My dormitory in the Ulus neighborhood, the oldest and most important area in capital Ankara – where the first Turkish Parliament stands – was divided into two blocks. I was living on the first floor of block A, almost 10 meters (33 feet) from block B, with an open corridor between the two. The open space in between two blocks served like a playground which we used as a meeting area. I got out to the corridor and asked a Turkish friend what was happening. Nobody had any clear idea about what to say in response. One or two suggested it might be a certain disobeying of orders, but all felt a sense of tension and uncertainty.

I went to the canteen to check out the news on the TV as well as to grab a bite to eat. There, the breaking news was: “Army group blocks Bosporus bridges.” Up to that point, I had assumed this was for security reasons. Around that time, terrorist attacks were occurring frequently in Turkey, particularly in big cities. With that in mind, I was anxious that this might be a response to just such an attack. However, within a couple of minutes, my theory was out the window, as a group of soldiers suddenly blocked Atatürk Airport with a tank and heavy arms.

After a short time, then-Prime Minister Binali Yıldırım came on TV in a video recorded on his mobile phone to inform the public a coup was being attempted by a small group of soldiers, saying the government would do whatever necessary to fight it. However, despite this briefing, which seemed like an official statement from the government, people did not really know how they should respond. A short time later, the units in favor of the coup had blockaded Turkish public broadcaster TRT, the offices of the ruling party and many other crucial institutions. At midnight, when an announcement was read from TRT on behalf of the coup plotters, our anxiety increased.

I phoned my family and well-wishers from my home country and abroad. Of course, they were anxious for me – but made some comments which need to be mentioned here. Essentially these tended on the side of: “Oh no! Our last hope is President Recep Tayyip Erdoğan and Turkey. These are the last hope of the Ummah!” After many hurried phone calls overnight, many announced they had thrown down a prayer mat for Turkey and President Erdoğan – some even offering to fast the next day in support.

However, everyone was anticipating Erdoğan's move. When he contacted Turkish broadcaster CNN Türk and other channels to invite people to rise up in the street to protect democracy and the motherland, it worked like magic. I saw the reaction of the public to the tanks with my very eyes. People offered to sacrifice themselves, and their cars, in front of the tanks. I remember well, a convoy of armored vehicles was moving through the street yet members of the public used their own vehicles to block them, parking up in the middle of the street to block them from both sides. Despite the coup-plotting soldiers' threats, they refused to budge one inch.

Our canteen was crowded with students who had arrived to keep tabs on breaking news. Some were shouting from the balcony and the windows. Our canteen was on the first floor on the side of the main road. The army was threatening students to go back to their rooms and directed the barrel of the tank at the canteen. This continued for some minutes, yet the students did not move from their balconies or windows. They started to shout more and more in resistance to the coup. Suddenly, the sound of grenade exploded. That was a severe blast and sound. Windows shattered and some of the students were injured – even going into shock.

There were various sounds from across Ankara. The main center of Ulus was just 100 meters from our dormitory. Ankara's police headquarters were also nearby. Here, a large number of people were killed in shootouts. It was really an unimaginable situation to be in. I had been just two years in Turkey, and never thought I would come up against such a situation. I even talked to my family as though it might be the last time, telling my only recently wedded wife we may never meet again.

However, the maneuvers of the coupists were gradually decreasing when a large number of people came into the street and tried to protest. Announcements from mosques were read out to bring people out in another vital memory of that night.

When President Erdoğan landed in Istanbul later that evening, all the students sitting in front of the TV welcomed him with various chants. At Atatürk Airport, the president began speaking to the nation over the sound of F-16s. Students were shouting in favor of the speech and for democracy to resist the coup attempt.

Toward the end of the night, a moment seemed to dawn for Turkey, with people marching on Atatürk Airport and the Bosporus bridge. The army units soon surrendered. That night, the Turkish public made history for democracy and people’s power in terms of leadership, patriotism and the bravery of the Turkish nation.

It has been four years since the July 15 coup attempt, but I will never forget the memories of that dark night. My respect and prayers are for all the martyrs and the legends who survived.