Beijing-Washington: At war against the virus or one another? 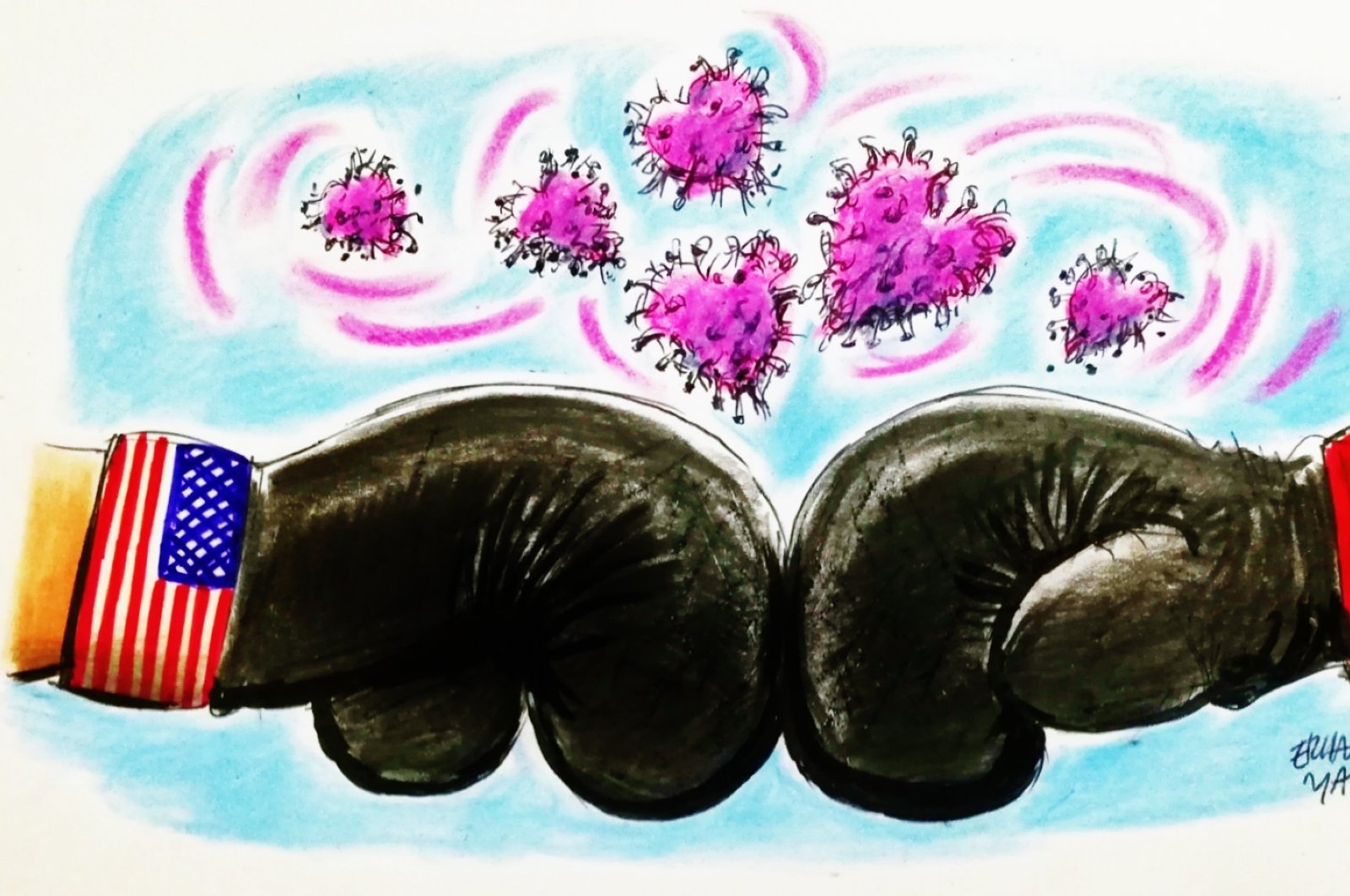 Somehow, the COVID-19 crisis uniting all humankind has turned into a fierce source of contention between the two global rivals, the U.S. and China

In Washington these days, it has become commonplace to point fingers at China, with U.S. President Donald Trump insisting that the epidemic has become global because Beijing did not publish information about the virus from the beginning. The head of the U.S. diplomatic corps has duly declared that China, like Russia and Iran, is fabricating fake news and spreading false rumors about the virus.
U.S. Secretary of State Michael Pompeo has accused China of spreading misleading information about the pandemic and at the same time, several members of Congress are calling for the international isolation of China.
This campaign aims to bring China, as well as its methods in fighting the spread of infection, into disrepute – and this view is gaining traction across a number of countries. Beijing, meanwhile, has sent medical equipment and virus experts to various sites combating the disease in Asia and Europe, in an attempt to defend its reputation.
More hawkish members of Congress have pushed further, having introduced laws condemning censorship in China and lodging a request to ban seafood markets that sell rare species of animals. Sen. Tom Cotton has gone so far as to call for "isolating China from the civilized world.”
Diplomatic documents have disclosed previous U.S. warnings about the safety measures being taken in a laboratory in Wuhan, China, studying coronaviruses in animals.
According to diplomatic correspondence obtained by The Washington Post, in 2018, U.S. officials expressed concern about the safety rules in place at the Wuhan Virus Research Institute, two years before the emergence of the emerging virus, COVID-19.
Similarly, the Post has noted, cynically, that the anti-China rhetoric is helping Trump conceal evidence that under his tenure, the U.S. was not prepared in time when the virus spread to the country itself.
But it is not only the Americans who are expressing doubts about the authenticity of the information published by China or how it confirms the success of its approach to fighting the virus. In an interview with Spiegel magazine, German Foreign Minister Heiko Maas also warned that information from Beijing could be trusted.
Washington's accusations against Beijing have found a positive response among politicians from various nations, including Matteo Salvini, the Italian right-winger, who mocked China's offering of aid to Italy, accusing the Chinese authorities of having manufactured the virus in its labs.
It is clear that, after the coronavirus crisis ends, global economies will accelerate toward diversifying supply and manufacturing chains in order not to lessen dependence on China. In fact, several U.S. companies have already begun to diversify their supply chains, opting for Vietnam as opposed to China.
Beijing has been fiercely fending off attacks against it in the media, as well as extending soft power tactics by working to provide countries in the West, as well as in Asia and Latin America, with medical equipment and specialists who are ready to help curb the impact of the virus. China wants to show itself as a benevolent and generous force and to become a counterweight to Western influence in international organizations and banks. According to the Chinese Agency for International Cooperation and Development, medical equipment and medicines have been dispatched to around 90 countries, including the United States. Chinese efforts have thus focused on turning this crisis into a global advertisement for its victory over the virus.
It is noteworthy that the Chinese authorities last Friday imposed new restrictions on publishing academic research related to the origins of the new virus, as per the instructions of the central government and online notices published by two Chinese universities, before returning and deleting them on the pretext that the document was intended for internal circulation only.
There is no doubt that China will use a COVID-19 outbreak to expand upon its national interests, including strengthening its administrative and epidemiological working methods. These methods are as comprehensive in nature as the total isolation measures extended over Wuhan.
All in all, it remains that not even China can deny that this problem facing humanity – the war against the virus – is inevitably tied to the geopolitical rift between China and the United States.