China and Iran: Obstacles to trade and revised goals for future 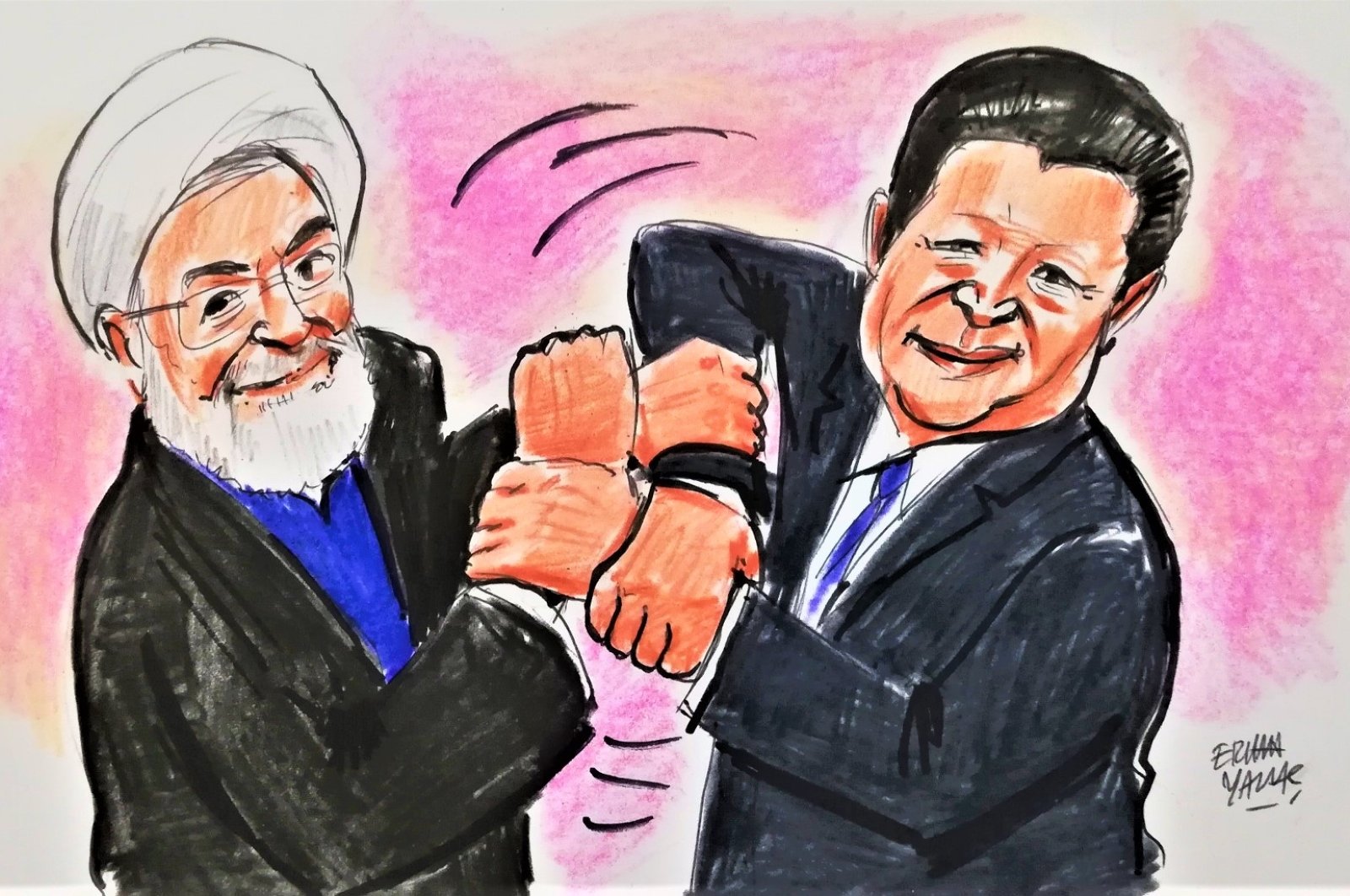 The eyes of the world have been focused on both China and Iran ever since Chinese President Xi Jinping and Iranian President Hassan Rouhani met in Iran in 2016. It was at that time that both were aiming for a bilateral trade deal worth nearly $600 billion. The two sides announced a 25-year deal that would improve Chinese-Iranian collaboration in various fields including military and other security-related activities. According to this accord, the amount of Chinese investment could increase to $400 billion.

Iran has been looking to China as an alternative to the West since Beijing is a rising power for those having trouble with the Western hegemonic-minded states. Oil-rich and under sanctions for decades, Iran is a virgin market and an isolated partner for China. The consensus between Iranian and Chinese politicians in regard to the Americans paved the way for a long term vision – in this instance, the 25-year accord. American and European sanctions have had a consequential effect on business between China and Iran since the late 1970s. It should be noted that prominent Iranians, including the previous President Mahmoud Ahmadinejad, criticized the latest deal for making too many concessions to China.

On July 7, Reza Pahlavi, the self-styled and exiled crown prince of Iran, shared a Twitter post which said, “The regime ruling our country has signed a shameful, 25-year treaty with China that plunders our natural resources and places foreign soldiers on our soil.” He directly opposed the agreement and depicted China as an exploiter of Iranian resources. At the same time, he harshly criticized the Iranian regime.

On July 11, he tweeted the following regarding the Iranian regime: “The longer the Islamic Republic stays in power, the more Iran’s treasures will be looted & the more difficult it will be to rectify the damage imposed on our country. Only long-term solution to prevent such disgraceful agreements is to remove this regime ASAP.”

According to Chinese officials, China’s foreign policy toward the Middle East is to maintain economic ties and relations with all parties, to stay out of political alliances and to remain neutral in regional conflicts.

In the case of the U.S., Washington's primary goal is to isolate Iran so completely that there is no other savior for Iran but the Americans.

As far as the Iranians are concerned, moving closer to Beijing is a retaliatory response to the American and European stances and this highlights their failure in dealing with Iran on nuclear issues. U.S. President Donald Trump made the decision to tear up the nuclear agreement, while European leaders remained passive when trying to convince Trump of the need for a mutual agreement.

The recent deal struck with Iran is seen as a win for China since oil supply has been secured for the next 25 years. In addition, the growing tension between Iran and the U.S. is a huge distraction for those trying to put pressure on China. This may mean that the attention of the Americans will be diverted to the weakest member of the China-Russia-Iran axis. It should be noted that should the embargo on Iran be lifted or eased, China would have a much easier time accessing the Iranian market.

The deal indicates that both sides are eager to breach the U.S. embargo together. However, in reality, results have gone the opposite way. The trade volume between Iran and China has been on the decline since the announcement of the $600 billion trade goal. China’s exports to Iran gradually dropped since 2018 following Trump’s sanctions on Iran after the U.S. withdrew from the Iran nuclear deal.

In 2019, Iranian exports to China were nearly $15 billion while the volume of imports from China was around $10 billion. In 2017, the total volume of trade between Tehran and Beijing was almost $50 billion even through the flow of oil decreased. China was supposed to get nearly 700,000 barrels of Iranian crude oil per day, however, since the imposition of American sanctions, this number has fallen gradually below 90,000 barrels per day.

Another dimension of this deal is the impossibility of reaching a trading target of $600 billion or $400 billion between China and Iran. The reasons are obvious if seen from the right perspective, with the first reason being the rivalry among regional actors.

The second reason is that the Middle East is a region where all the global powers are involved either directly or indirectly. The presence of the Americans, French, Russians and Chinese is more or less felt militarily, economically and politically. It is one of the main factors for the long-term wars and clashes in the region.

The third is China’s willingness to avoid any direct confrontation with the U.S. Beijing has decreased its imports from Iran and lessened investment in Iran ever since sanctions were imposed on Iran by the Americans, even though China was the largest buyer of Iranian oil.

The fourth reason that prevents cooperation is that China has remarkable trade relations with other regional players such as Saudi Arabia and the United Arab Emirates (UAE), which occupy a significant place in U.S. foreign policy.

Then there is the current political, economic and military rivalry in the region along with the regional and religious rivalry against Iran. The sixth reason is the stance of two other powerful countries, namely Turkey and Israel. It is also believed that China will not risk much in any deal without securing bigger gains. Finally, any deal with China depends on the perception of such a deal in the minds of Iranians.

These factors are elusive hurdles for both the regimes in Tehran and Beijing. Any of those obstacles can jeopardize the economic-centered approach of China in the Middle East. In short, the perception of both regional and global powers in regard to Chinese investment in Iran plays as crucial a role as the perception of the Chinese in Iran.