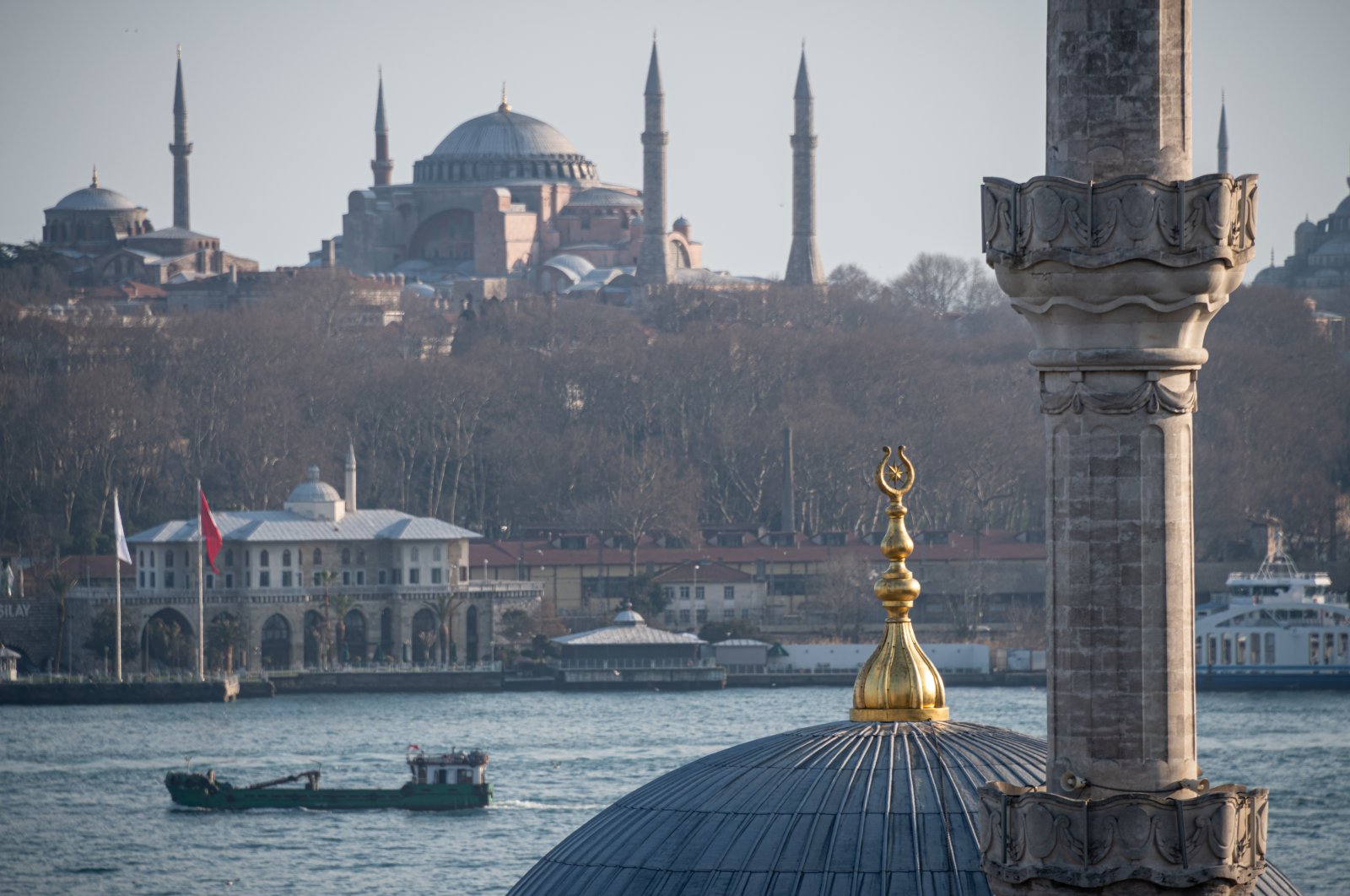 The ongoing issues around Turkey have enabled Turkophobe pioneers' attempt to isolate Turkey in every field. Due to the various issues that are the consequence of Turkish diplomacy and policy to protect its rightful interests in the region and beyond, Ankara’s ties with neighboring nations have become strained.

Greece has been influenced by the United States and thus is at loggerheads with Turkey over the Aegean Sea, while Egypt is acting in a similar way toward Greece.

Iran and Russia have their own agenda which clashes with Ankara’s ideas and interests sometimes.

Unfortunately, Syria is a war-torn country where terrorist threats have resumed while Iraq is struggling to secure its own survival.

In the meantime, Yerevan considers Turkey the winner of the Nagorno-Karabakh war, which took place between Azerbaijan and Armenia.

The ruling Justice and Development Party (AK Party) welcomed the victory of Mohammed Morsi, a member of the Muslim Brotherhood, in the 2012 presidential elections in Egypt.

Due to this victory, some political activists in Turkey were anticipating stronger ties with Egypt. However, the military coup led by Abdel-Fattah el-Sissi in July 2013 against Morsi, the country's first elected president, has soured the friendship between Cairo and Ankara.

I must point out that Egypt is still considered a brother nation and I personally hope for a stronger partnership with Cairo in every field of development.

In regional and global matters, Foreign Minister Mevlüt Çavuşoğlu has occasionally announced that Ankara and Cairo may restore relations that have remained tense.

However, this positive news did not last long since Egypt put forward 10 conditions that must be met before fully reestablishing ties with Turkey.

Therefore, it is essential to understand and explain the reasons behind those demands from the Turkish point of view.

In line with law

As declared by the Turkish Foreign Ministry, Turkey’s approach is rational and coherent with international law. Thus, Egypt must look at the current maritime border issue between Turkey and Greece from a wider angle.

The public broadcaster TRT World published a two-minute video clip that provided two examples, justifying Turkey’s claims in the Aegean Sea in what has become known as the Snake Island Conflict and the Hanish Island conflict.

According to the United Nations Convention on the Law of the Sea (UNCLOS), the exclusive economic zone (EEZ) starts from the mainland.

Turkey’s move to deal with both Libya and Egypt is both wise and fair. In addition, this could bring about mutual benefits in regard to the Mediterranean Sea.

An example of mutual benefits concerns the Western drilling giants and their unrepentant search for petroleum and other natural resources in the Mediterranean.

However, when Turkey calls for direct dialogue with Egypt on this issue, it becomes a problem.

Egypt placed a condition regarding political communication – it will not conduct talks with states that sponsor terrorism.

It has been reported by both Turkish and Egyptian media that the Egyptian authorities, including el-Sissi, had several meetings with terrorist groups such as the PKK/PYD.

There have been many reports indicating certain Middle Eastern countries provided support to those groups. Will Egypt, under the el-Sissi regime, avoid giving the green light to terrorist organizations that threaten Turkey's sovereignty and unity?

The Egyptian regime has declared that there will not be any agreement on the East Mediterranean unless Turkey surrenders to the claims of the Greeks on most of the Aegean Sea.

In 1956, prominent Egyptian leader Gamal Abdel Nasser, nationalized many assets, including the Suez Canal, which was at the time operated by both the British and French.

His goal was to protect Egyptian interests at any cost and it brought these parties into conflict.

Therefore, it is unacceptable for Ankara to accept any aggressive Greek claims on the Aegean Sea.

One stance, many fronts

The Turkish presence in NATO has had a substantial, positive and constructive effect on nations where Turkish security forces have been deployed.

Thus, Turkey’s presence in Libya is a political, military and humanitarian necessity. Turkey’s humanitarian, economic and political support for Arab nations is evident and not just limited to Libya.

Ankara’s stance concerning Palestine, Yemen, Syria and Libya is incomparable to other regional and global players.

Turkey has been struggling with terrorism since the 1980s and this has created economic, political, and social burdens on the Turkish people. Over 15,000 people have lost their lives while thousands of others have been wounded and millions of people have been displaced.

Besides, over 8,000 Turkish security personnel have been martyred while another 25,000 have been wounded.

On the civilian side, there have been 5,700 deaths and over 10,000 wounded. Terrorist attacks have been coming from Iraq and Syria where the Egyptian regime has demanded Turkish troops withdraw with no assurances from Syria and Iraq of stopping further attacks

Many issues have the unfortunate possibility of agitating relations between nations from time to time. The Egyptians, Saudi Arabians and Emiratis share closer similarities with Turkish people than Europeans.

Instead of calling for borderless travel among those nations and cooperation in solving the crises in Yemen, Libya and Palestine, Egyptian authorities have chosen a parochial view.

The questions become when and how will Egypt, Saudi Arabia, and the United Arab Emirates (UAE) solve Arab affairs? Will these three nations guarantee to halt the influx of millions of Syrians and Iraqis into Turkey? Would they provide citizenship to those millions of Arab refugees?

The current situation in the Arab states represents grave regional and global concerns. This is particularly true when it is repeated by a majority of groups that millions of innocents Arabs have been forced to leave their countries.

Unfortunately, the internal affairs of Arab states make it difficult for Ankara to act accordingly. Turkey’s fight against terrorist groups in Syria and Iraq, along with both Libya and Qatar’s call for Turkish support and the Palestinians and Yemenis’ fight for survival have direct political, economic, military, social and humanitarian outcomes that have a regional and global impact.

Ultimately, Turkey has done its part for everyone, be it Turkish or Arab affairs. Egyptian security authorities, along with their Saudis and Emirati colleagues, should review the essence of ties with Turkey. They need to evaluate and assess the value of ties between Turkey and Egypt, and between Turkey and the Gulf States.

They should come to the table with constructive approaches enabling both sides to step into a new era where full engagement and cooperation will be established.

If Egypt is so eager to monitor and check the other nations, they can lead a communication platform where neighboring nations can discuss issues.

Despite being a good initiative, Turkey’s absence from the East Mediterranean Forum will not bring any benefits to any side. All sides must consider the fact that Turkey has the authority and power to deal with Egypt, Greece and Greek Cyprus in order to solve the maritime conflict.

Or else there could very well be an escalation of the crisis. Therefore, all sides must bring to the table policies that are not only cautious but productive and sincere as well.

The escalation of conflict or nonengagement is not the way in multilateral diplomacy.

Turkey’s call to deal with Egypt to draw a mutual-benefactor border has to be understood from a broader perspective. Arab nations should not forget that ties between Turkey and Israel have been disrupted due to the ongoing Turkish support for the Palestinian issue – the latter being an Arab affair.

There are disagreements and collisions between Turkey and other regional countries. However, the reality is that there are issues between Arab nations.

As a result, there has been a remarkable political shift in the region.

Hence, the power of "direct diplomacy" should have an impact on the very problematic environment for everyone.

It is very important that Egypt, Saudi Arabia, the UAE, Qatar and Turkey act together to restore relations and focus on the following regional issues:

The only solution for resetting this frozen friendship is to initiate sincere talks on obstacles that prevent engagement.