COVID-19 in Italy: Too late for joint action? 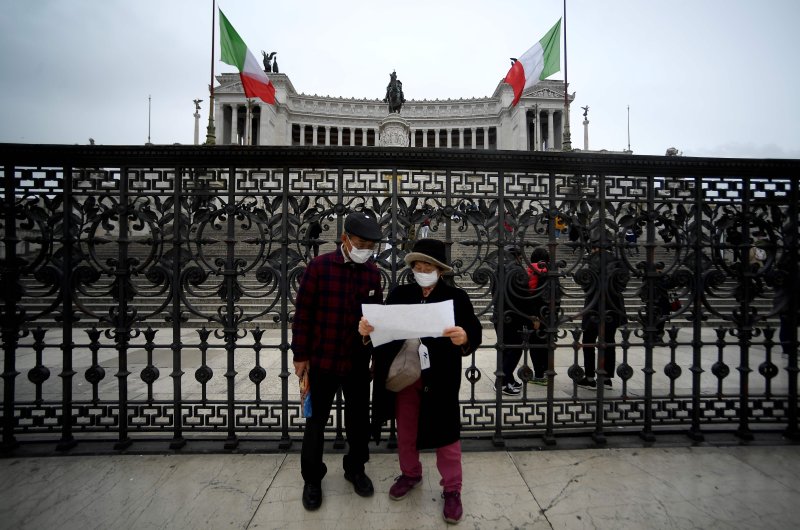 The spread of the coronavirus can only be curbed by a joint counter-strategy across nations. There is no other way.

Currently, Italy ranks as the country third-most affected by the coronavirus. Within a very short period, a very serious and – to some extent, unexpected – situation has occurred. Since a small number of infected, mainly from China, was quarantined in Rome last month, the number of those hospitalized has dramatically increased – and in the last week, rather rapidly.
Unfortunately, deaths have escalated to the point that today Italy is the first country for numbers of infections outside the Asia region. As the virus spreads, measures have been taken by other states to contain the risk of contagion. Most recently, Turkey decided to halt all flights to and from Italy as one such preventive move.
However, what Italy is experiencing is a particularly unlucky situation as the epidemic triggered in the hospitals, which has played as a contagion amplifier. Therefore, current scientific efforts are mainly focused on understanding what has happened, how the infection has spread and how it will eventually develop.
The most affected areas include the northern regions, particularly Lombardy and Veneto, as the epicenter of the pandemic and related panic attitudes. As trade and business hubs, it is possible to speculate that both regions have been hit due to their being the most exposed to commercial and economic exchanges with China. Hence, while the number of victims increases day by day, the Italian authorities have decided to quarantine more than 50,000 people in 10 Lombard cities over areas recording the highest number of cases. Schools, universities, churches and several recreational and productive activities have been closed down.
Without doubt, all of this has had a serious impact on the Milan stock exchange, which has fallen by almost four points since the eruption of the crisis, as well as the Italian economy as a whole, which was already in crisis. In Italy, as anywhere in the world, the priority is to find a cure. We are indeed facing a global scale crisis that requires joint efforts to contain further social and economic damages.
Although there are many rumors and guesses on why Italy is the most affected country in Europe, the most convincing explanations follow the principle of "seek and ye shall find." In a nutshell, this is somewhat the thought of virologists. Indeed, top experts agree that the contagion exploded in Italy as the combined outcome of factors such as a lack of tests, a rate of contagion in hospitals and a number of key flights from China.


Likely, those elements pushed Italy to the podium of the most infected states globally, as well as to the first ranking position in the West. It appears that while France has tested around 300 possible cases, in Italy, tests already number well over 3,000. Moreover, in a number of cases, the test results have turned out to show false positives, thus raising unnecessary panic. The amount of panic, however, has meant hospitals have been stormed by people – ironically aiding the spread of the illness. Hence, in order to concentrate suspected cases within certain geographical limitations, tents have been installed outside hospitals.
Finally, blocking direct flights from China has not prevented passengers from circumventing measures; instead, it seems that it contrasted the monitoring actions. However, everything that is happening in Italy and elsewhere leads to some observations on globalization dynamics such as the freedom of movement in the international system and, more specifically, within the European Union. The spread of COVID-19 was something that nobody expected and exposed Europe to its institutional weakness.
Once again, national interests have dominated the various application of these policies. The basic principle of open borders upon which the EU was established has been put in discussion together with the Schengen raison d’etre. Some countries, such as Austria and Germany, have proposed stopping trains from Italy to test their passengers.
France seemed to have jumped on the bandwagon of this methodology as well. Panic is now affecting people all around Europe while all eyes are on Italy as the key country to contain. This is another critical turning point for the European block, which constantly shows signs of unpreparedness in coping with challenges, both domestic and external.
Since no common policy has been developed so far, the main question is what to do and how to act in a united system pivoting on the free movement of people, goods and services. Likely, it is a sort of dilemma in the wider hyper-connected global system as such. We are witnessing that the fear of contagion can curb mobility on a planetary level. Indeed, the no-border principle of a globalized world has been the main characteristic of the last 30 years, and it has shaped both the economic and social structures of our interactions.
In other words, the epidemic, and above all, the fact that for the first time in history the narrative is spun out of control on social networks, may dismantle the main foundation of the contemporary economy represented by the interdependence between different geographical areas.
Essentially, the limits placed on mobility by some states toward China and all the other most affected countries show that national interests count more than any other global stake. It is the logic of localism winning over globalism. In other words, when challenges are common, the efforts must be joint, although nationalism continues to lurk over the application of protective measures.