COVID-19 in Somalia: Can fragile institutions cope with pandemic? 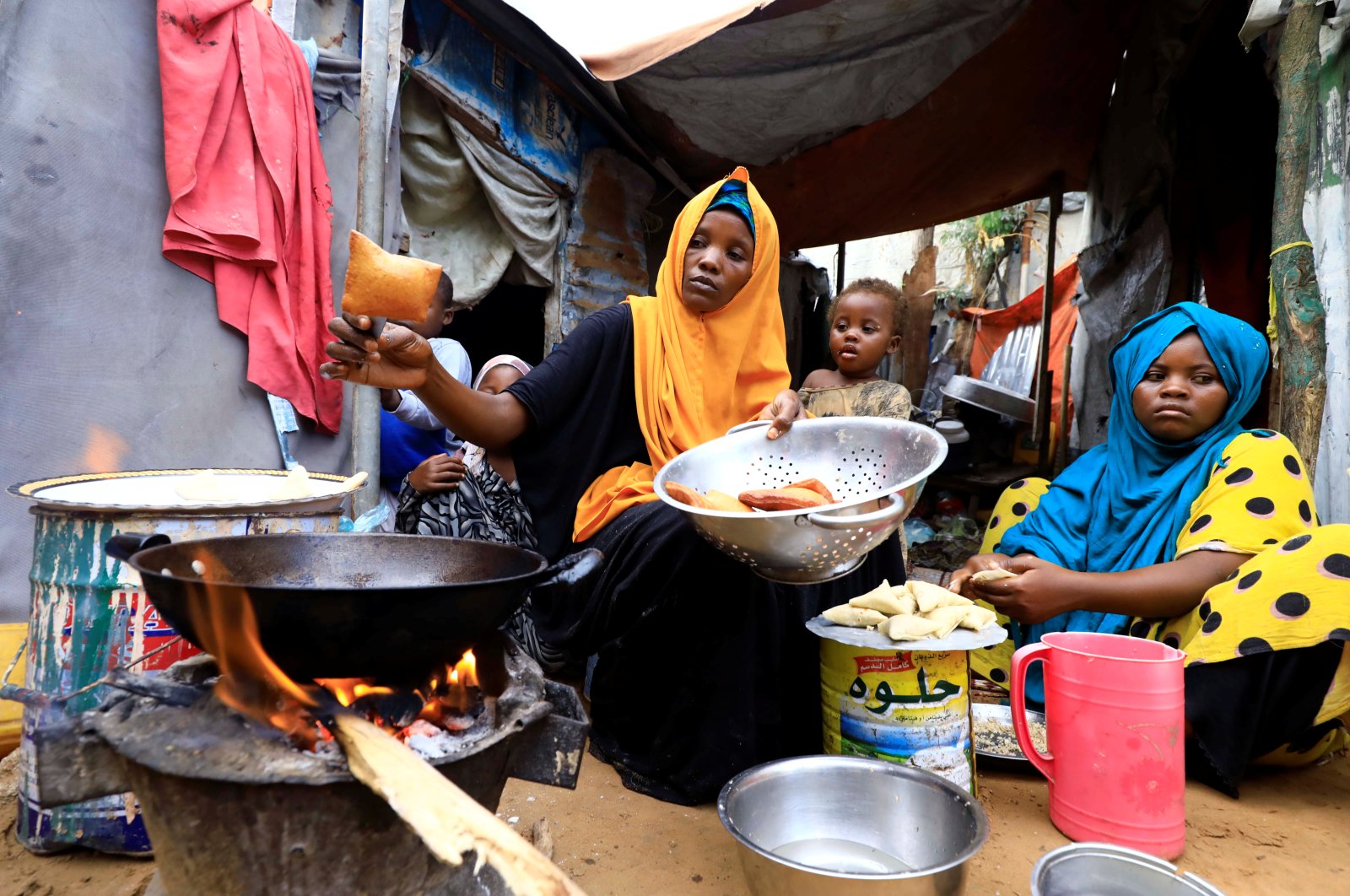 An internally displaced Somali woman and her children prepare their Iftar meal during the month of Ramadan at the Shabelle makeshift camp in Hodan district of Mogadishu, Somalia, April 24, 2020. (Reuters Photo)
by Mohamed Salah Ahmed
May 01, 2020 12:05 am

As the perilous COVID-19 pandemic continues to wreak havoc, claim lives, halt global movement and cause economic instability across the world, the virus has also been spreading across Africa. The north of Africa has been the hardest hit with the highest fatality rate. As the number of cases continues to rise, Africa is trying to scale up its readiness and preparedness for the worst-case scenario.

As a precautionary step, many countries have taken the firmest measures to lessen the deadly disease from causing further damage and lower human causalities including implementing total lockdowns, imposing social distancing in public places and giving general guidelines on what to do if you get infected. But Africa as the poorest continent on earth will suffer economically as many countries will find it difficult to manage the economic dilemma caused by the lockdown. This is why many countries are unwilling to take such tough precautions out of fear of the economic crisis this will lead to.

Considering the institutional capacity of African states and the economic situation of the continent, the World Health Organization (WHO) has expressed its concern over what the situation will be like if Africa is not ready for the virus. This shows the fragility of Africa in every sphere – politically, economically and socially – if the disease begins to spread rapidly. As the continent is already struggling with other deadly diseases such as HIV/AIDS and malaria, it will have many difficulties to face once the fast-moving pandemic starts spreading.

The political instability that many countries on the continent are facing will make it difficult for states and other regional and continental organizations to be well-prepared and tackle this tragedy. Countries like Somalia and South Sudan where conflict, fighting and political instability are ongoing and who have fragile political institutions will face big challenges and tragedies in battling such a contagion.

Somalia announced the first case of COVID-19 weeks ago in a citizen who returned from China. Since then, the number of people that tested positive has risen to 60, mostly locals who have not traveled or returned from abroad. Of course, it's still an early stage, but recent cases indicate that the virus has begun spreading among locals. The Somali federal government with its limited capabilities has taken all necessary precautions to tackle the pandemic and prevent it from spreading. All flights had been canceled locally and internationally, schools and universities were closed, public gatherings were banned and the government urged people to stay home. Authorities have so far succeeded in implementing the first two measures but are facing difficulties with the other two. The reasons behind this difficulty in keeping people at home are crystal clear.

In Somalia, a country recovering from conflict and still fronting an ongoing war against terrorism, economic fragility is a challenge that will not allow citizens to stay at home. Rather it forces them to go out and earn their daily living. For most locals, it is a case of survival, and survival is not possible without going to work. In some cases, it becomes a question of morality and responsibility: How can the authorities tell a mother who sells vegetables and fruits on the roadside to stay home without any financial support? The same goes for shopkeepers and bus drivers and so on. To simplify, the fragile economy of Somalia will not allow the most important safeguard to battle the disease.

This bitter reality prompted various Somali authorities to adopt an alternative policy of staying home at night, which means the continuation of routines of daily life but banning any activities at night. This is a huge risk that can contribute to the spread of the disease, but it is the only available option for Somalis. However, the continuation of daily activities also makes it impossible to successfully stop public gatherings, especially "fadhid ku dirir," the Somali activity groups of people, mainly men, gathering to talk about politics over cups of tea. Additionally, mosques are still open and the faithful are still coming to perform their prayers together without taking any precautions. This, indeed, could also increase the number of cases and deaths.

Internally displaced persons (IDPs) are the most vulnerable people in this tragedy. Currently, there are 2.6 million IDPs across the country, who live in crowded areas and do not have hand-washing facilities, which are key for fighting and controlling the virus. To be honest, the lack of effective government institutions alongside misguided social beliefs and norms can severely expose Somalia to the pandemic, putting many people’s lives at risk with few options to prevent that from happening.

If truth be told, Somalia is not ready to combat such a pandemic that spreads easily and takes lives effortlessly. In fact, the civil war and persistent political instability left the central authority of the country ineffective. Despite enormous precautionary laws and orders that the government has been putting in place to battle COVID-19, their execution will be difficult. The fact of the matter is that the already fragile institutions do not have the required institutional capacity to cope with the pandemic. If China had a hard time containing the pandemic, Europe was not ready for it and America is still struggling to contain its damage, where does this leave a country like Somalia?

Then, what can these fragile institutions do? Three major steps will be important as precautionary and containment measures for the future if the numbers increase. First, Somalis must put their political differences aside and cooperate. The federal government and regional authorities must cooperate, work together and put all their efforts into preventing this deadly disease from spreading. Our politicians must realize this is not the time for dwelling on differences. The difficult task ahead requires unity, cooperation and political compromise. Political differences should take a back seat if the lives of the governed people are at stake.

Second, authorities should carry out wide-ranging social awareness campaigns on social media and other available channels about the dangers of the pandemic, how it spreads and ways to protect oneself from getting infected. Mosques and religious clerics should be included in this campaign and talk about the religious side of preventing the disease from spreading. However, the government must also act quickly to provide necessary resources to IDPs such as hand-washing facilities.

Third, global solidarity is the only hope for Somalia, if the donor community prefers cooperation over isolation, then fragile places like Somalia can stand a chance in the fight against COVID-19. The donor community and global sympathy can play a critical role in battling such a human tragedy. Reaching out to all fragile states that are recovering from conflict, including Somalia, is a responsibility for the international community. The priority should be asking them to provide necessary resources that can help vulnerable countries battle the virus, including testing kits, face masks and ventilators, if the situation worsens.