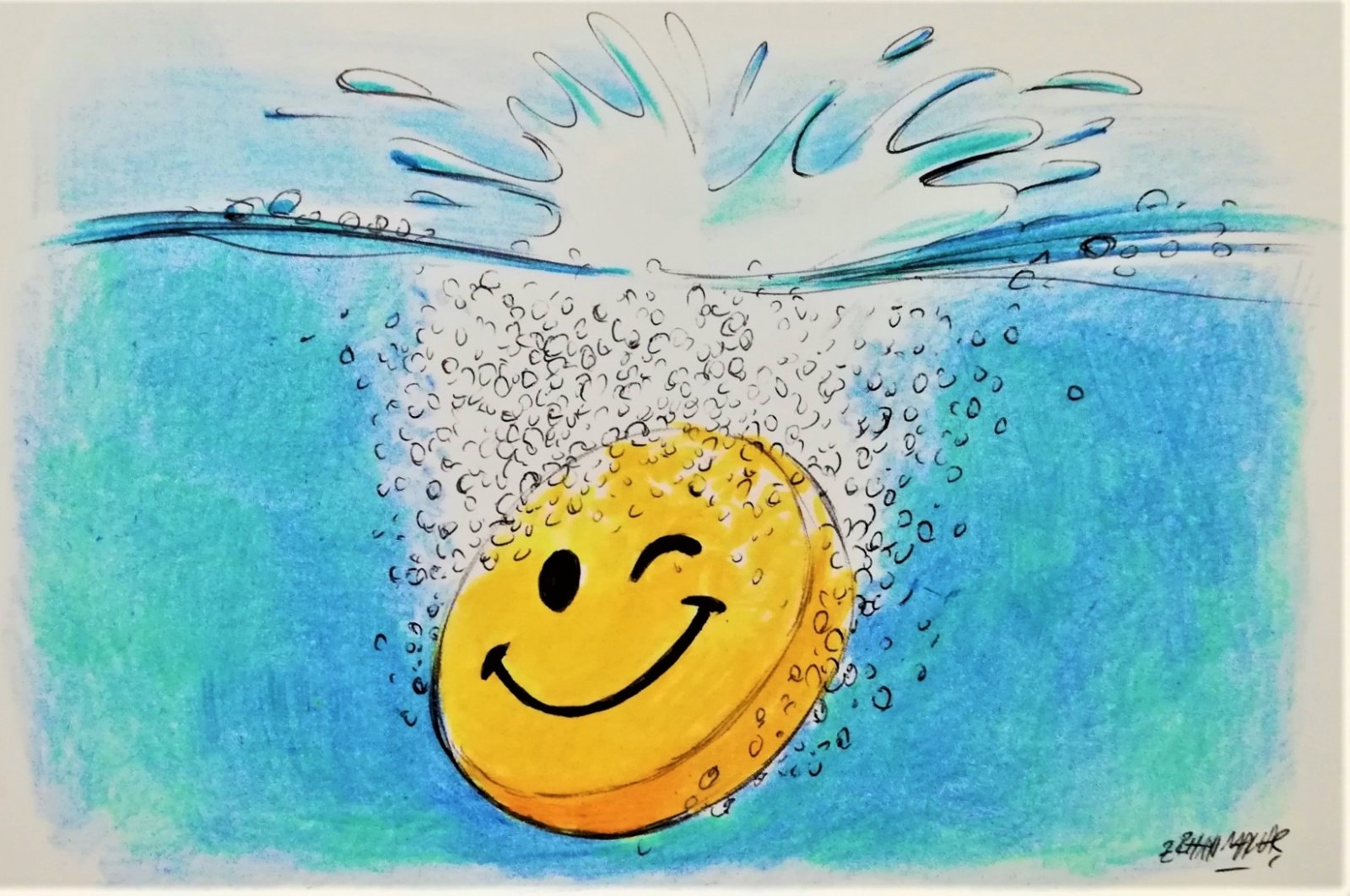 The abundance of products brought on by the Industrial Revolution and the need to transport them to a greater number of people was an important milestone in the formation of today's advertising sector.

From time to time, however, morally questionable marketing techniques have been used. The most preferred technique is perception manipulation, which first emerged as a military term.

Perception manipulation operations, frequently implemented in different areas, from politics and security to media and the advertising industry, bring about some grave ethical problems.

In this article, however, I will address the ethical problems of perception manipulation in the advertising industry, where companies and brands would resort to any kind of promotion to sell their products.

The development of technology, especially the freedom and branding opportunity offered to individuals by the internet, leads to the formation of environments that allow the dissemination of morally questionable methods.

The advertising industry is moving away from traditional marketing methods as much as possible and has an indispensable goal of strengthening the theory of convincing individuals with their own consent. They do it based on the vast consumer behavior data at their disposal.

An individual's internal reasoning from time to time shows that human disposition always has a tendency to believe in something.

Aware of this in a challenging competitive environment, brands think they must be able to offer products to consumers and convince them to buy to survive.

Over time, this need to promote their products and make people embrace them, coupled with the support of advanced media tools, has led to a snowball effect in the advertising industry.

Since the competition, as well as product amounts and ranges, were not high enough to give rise to crises in the early 1900s, the brands adopted the main ideology: "I can sell what and how much I produce."

Toward the late 1930s, however, advertising and its derivative tools came to be used more effectively or even more provocatively – which must have been a result of the diversification of capitalism starting to gain strength.

The revolutionary theories of famous Austrian neurologist Sigmund Freud and his nephew, public relations consultant Edward Bernays, have influenced product and content producers from the early 1940s to the present day.

As a result of the fact that media, especially social platforms, have made advertising more visible and accessible, such auxiliary tools have almost become a living space for the advertising industry.

With the acquisition of consumer data and technological developments, manufacturers' understanding of marketing has changed.

Perception manipulation then spread to other sectors and began to be actively used as the impact of such manipulation on individuals became noticeable.

Advertising aimed at the subconscious of individuals is as important for children as for adults. Producers can reach out to children, who are too young to be literate, through advertising and even inculcate in their consciousness that they need these products.

While adults can resist giving in to such advertising at times, many of them, from the most conscious parents to the most unconscious ones, get emotional when it comes to their children and think that their children will be deprived when they lack these products. So, they are forced to buy them at the insistence of their children.

The brands, which are aware of this and mainly target little consumers, organize children to convince their parents through various perception and manipulation techniques in their advertisements.

Let us take a look at the history of perception manipulation to see how it impacts its addressees in the hands of today's advertising industry.

Before the Cold War-era, wars generally focused on the concept of hard power. However, the frequent use of radio as a propaganda tool by the United States and Soviet Union during the Cold War, and the scientific and technological competition between them, accelerated the change in communication tools of our time.

So, we can argue that the ideological infrastructure of social media, which is the most common means of communication today, was laid back then.

As the technology evolved and mass communication was easily possible with auxiliary tools, the concept of soft power developed further in the early 1990s.

The concept of soft power focuses on directing each unit of society, from public diplomacy to public opinion and manipulating their perceptions.

This is based on the theory of psychoanalysis, developed by Freud in the 20th century, and the theories of Bernays that laid the foundation of today's advertising and public relations perspective.

Bernays is one of the most important historical figures, who aimed to manipulate the masses to urge them to purchase the things that they do not need. He identified the mass production of goods with the hidden sexual and aggressive personality of individuals and gained a reputation for their propaganda on this issue.

One of Bernays' most important attempts was that he encouraged women to smoke in public despite social taboos restricting women to do so. He hired some attractive women to walk while smoking their cigarettes. This was an attempt to fight social barriers for women smokers – which he associated with women's freedom.

Eventually, this trend of women smoking turned into a movement that newspapers referred to as "Torches of Freedom" at the time. Now, women started to think that "the woman who smokes is free and strong."

Thus, the correlation drawn between products and completely different objects led to an ethical problem that is still being discussed today.

Today, products offered to consumers are notable not only for being a source of income but also for the meanings attributed to them. Based on this view, producer brands have developed a sales and marketing tactic that they apply the most.

In the 21st century, the advertising sector started using perception manipulation along with social media platforms.

The founders of the sector do not address the moral aspect of the situation, as they consider this a crucial way of marketing their products.

Advertisers consider social media's power to create perception and manipulate public opinion as an opportunity. Based on the concept of a spin doctor, which was raised by The New York Times during the 1984 U.S. election, today’s advertisers have further complicated the concept of ethics.

Ethics is a concept that ancient philosophers reflected on. In ancient Greek, the term "ethics" was derived from the word "ethos" which means personality and character.

Actually, ethics is one of the oldest disciplines of philosophy, urging to think about what is good and what is bad.

The most fundamental difference between ethics and morality is that the former aims to determine universal values, while the latter is specific to societies, beliefs, regions, or even individuals.

In antiquity, many philosophers like Socrates, Pythagoras, Epicurus, Aristotle and Plato pondered on and asked questions about ethics, morality and virtue. Each of them gave answers per the shortcomings and priorities that they observed in society and put forward principles in their own way.

Revisiting today's understanding of capitalism-oriented morality and the relation between the advertising sector and ethics, the concept of utilitarianism, i.e. the utilitarian moral approach, has taken over the 21st century.

As a result, the idea that "if something is for the good of the majority, its harms on the minority can be ignored," has been integrated, consciously or unconsciously, into today's advertising sector by brands.

Utilitarian morality is reflected in today's advertising industry in the following way: We are striving to be helpful to the customer with the products we sell; we aim to make happy most of our consumers, whom we can persuade to buy our product.

However, while we aim to make the majority happy in marketing our products, some individuals may be excluded from this happy majority as they are not satisfied with our products. So, ignoring this segment does not pose any ethical problem for advertisers.

Through their advertisements, advertisers might be helpful for certain segments, who need their products, and tend to make them happy, but they might also convince those who do not need these products using some unethical ways. This utilitarian approach urges them to ignore the harms they do to the other segment.

As a result of the change in media tools, the issue of ethics in advertising has become more of an issue. Traditional advertising tools such as television, print newspapers and magazines have become outdated in many aspects. With the advent of internet technology, advertising channels have been moved to social networks.

The brands engaged in advertising activities through social media because this kind of media has the capability to reach out to a wider audience aim for social media users aged between 18 and 24 to raise their brand value through perception manipulation techniques.

We can say the time spent on social media is generally considered a leisure activity. With the development of technology, the postmodern theory has occupied a larger space in our lives.

So, given the huge amount of time that young people, especially Generation Z, spend on social media, we can say they are more exposed to postmodern style advertisements.

The main goal of postmodern-style advertising is to convince individuals, through the means of communication at their disposal, that they can achieve a lifestyle that is normally inaccessible for them. So, the distorted youth identity that they have created leads to serious questions in terms of advertising ethics.

Currently, we are faced with a big problem regarding the dynamic competitive environment and its need for advertising as required by capitalism. These deceptive and manipulative attacks push us to pretend to be what we are actually not and threaten all the target audience, from children to adults. This being the case, it is inevitable to introduce precaution mechanisms. The content, goals, target audience and market of advertisement should be searched and evaluated. Otherwise, manipulations and threats of perception will continue to besiege us in almost every aspect of our daily lives.