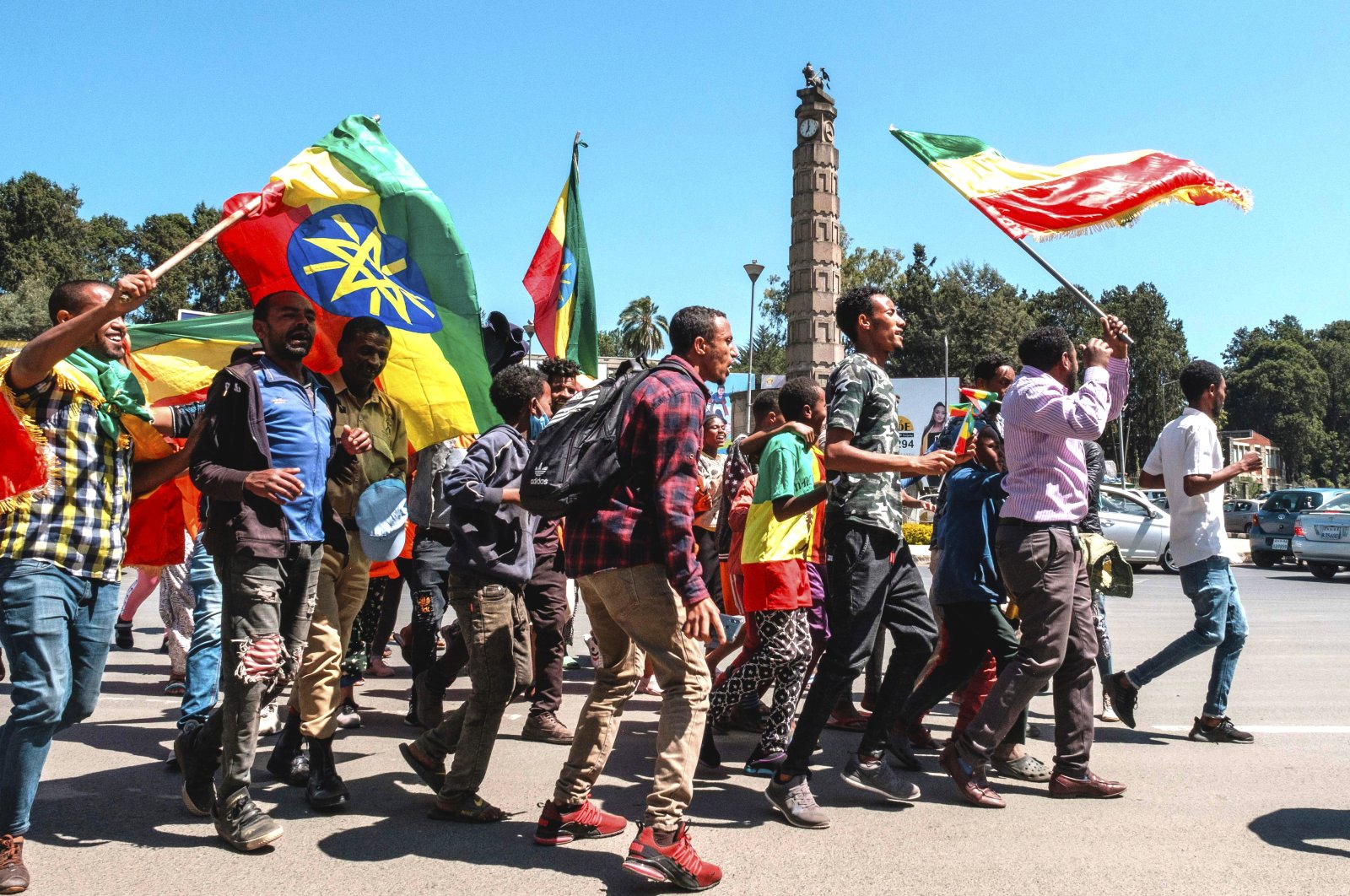 On Nov. 4, Ethiopian Prime Minister Abiy Ahmed announced the commencement of a military operation against the Tigray People’s Liberation Front (TPLF), the ruling party of the nation's northern Tigray region.

After two years of simmering political gridlock between the federal government in Addis Ababa and the Tigray regional state, a military confrontation finally broke out. This was long anticipated given the ideological impasse between Abiy’s administration and the TPLF, the party that had governed Ethiopia with an iron fist for the last three decades. As such, ever since Abiy came to power in April 2018, a political – and possibly military – confrontation with the TPLF was inevitable.

This Ethiopia-Tigray war and its consequential outcome will politically define Ethiopia and the Horn of Africa, given Ethiopia’s geopolitical stance in the region.

Moreover, this will likely be a conflict that could drag on with catastrophic humanitarian scenarios. With the arrest of political opponents and dissidents, endemic ethnic violence, a nose-diving economy and now a war in the Tigray region, Ethiopia is on the cusps of political instability and civil war.

The TPLF, an ethnic rebel party based in the north of the country alongside other such groups, ousted Ethiopia’s dictator Mengistu Haile Mariam in the brutal Ethiopian civil war of 1989-1991. After coming to power under the political umbrella of the Ethiopian People’s Revolutionary Democratic Front (EPDRF), the TPLF promulgated a new constitution that structured the nation with an ethnic-based federal system and governance, altering the nature of the state. The rationale was to guarantee autonomy and self-rule for the major ethnic groups in Ethiopia that include Oromo, Amhara, Somali, Tigray, Afar and Gambela.

Despite the new federal system and self-governance for the major ethnic groups, totalitarianism continued to be the norm under the TPLF-dominated EPDRF ruling regime. Rebels mushroomed all over the country resisting the EPDRF, turning Ethiopia into a police state. Between 1991 and 2018, the nation had a miserable human rights record. Under former Prime Minister Meles Zenawi, who governed the country for 25 years, political repression and state violence were rife and widespread, with Oromia and the Somali regional state being the epicenters.

Then came the 2015 Oromo protests and after four years of incessant demonstrations and uprisings in the most populous regional state in Ethiopia, Abiy came to power in 2018 as a reform figure after many years of TPLF rule.

Ethiopians were gasping for peace, political stability, democracy and freedom of speech. Nevertheless, Abiy hit a wall after initially succeeding with political openings and reforms as the old guard TPLF, which he accused of sabotage, and Ethiopia’s historic and complex ethnopolitical grievances blocked his path.

With Abiy in power as the first Oromo prime minister, Ethiopia had a golden opportunity for reform and transition to democracy. He mended ties with neighboring Eritrea, released political prisoners, negotiated with rebels and received the Nobel Peace Prize. Abiy captivated Ethiopia and the world with his speeches, abrupt state visits and charisma, but this was the calm before the storm. The prime minister had other things in mind, to reshape and even dismantle the TPLF-created Ethiopian state structure.

After a brief period of opening, long-repressed political and ethnic grievances played out in the open as communal and clan violence peaked under the new prime minister.

With an attempt on his life in 2018, a bloody coup d’etat attempt in the Amhara region in 2019, the assassination of cultural icon Hachalu Hundessa and continued ethnic violence under his rule, the Ethiopian reform ‘‘honeymoon’’ was over.

The prime minister adopted a staunch political stance and rhetoric. Leading opposition politicians were re-arrested, journalists criticizing the government were detained and the military brutally repressed anti-Abiy protests in his own Oromia constituency. Ethiopia recoiled into its past of totalitarianism and state violence.

At the core of the political disagreement between Abiy’s government, the TPLF and other opposition groups is Ethiopia’s governance model after the transition period. Since coming to power, the prime minister adopted a centralization policy laden with nationalist discourses that many fear disregards Ethiopia’s ethnic heterogeneity and regional autonomy.

In a move tantamount to undermining and rebuking the prime minister and his government, the Tigray government moved forward and held regional assembly elections on Sept. 8.

Immediately the federal government declared the election in Tigray null and void as accusatory speeches were traded in the media. This was the point of no return.

With many opposition politicians like Jawar Mohammed, Lemma Megersa, Eskinder Nega and Bekele Gerba in detention for terrorism and subversion charges, the TPLF cadres made their objections clear – they would undermine and resist Abiy’s efforts to consolidate power without an electoral mandate.

Ethiopia’s political intrigue reached irreconcilable positions. A military confrontation between the central federal government and the TPLF-ruled Tigray region was a matter of when and not if.

The political impasse was exacerbated by an explicit political bromance between Abiy and Eritrea’s President Isaias Afwerki – a political foe of the TPLF.

When Ethiopia was ruled by the TPLF-dominated EPDRF regime, a bloody border war broke out with Eritrea in 1998 that lasted for two years and it led to that nation becoming a diplomatic pariah in the world. Following the conflict, the TPLF and the Afwerki regime in Eritrea never saw eye to eye. After Abiy came to power, his affinity for Afwerki and his diplomatic rapprochement with Eritrea were viewed as a cynical move to counter the TPLF threat to his rule.

Nevertheless, this complicated the strains in Ethiopia even more. With an agitated TPLF and an unrelentingly ambitious Abiy, who fashioned himself as Ethiopia’s political messiah, a violent military confrontation seemed inevitable and an unprecedented chapter in its recent history opened: center-periphery military confrontation.

Dialogue as only panacea

Since the war began, tens of thousands of Ethiopians have crossed into Sudan seeking humanitarian assistance. More dangerously, this conflict could spiral into an ethnic war, just like in Rwanda. Already hundreds of people have been massacred in Mai-Kadra in what seems to be targeted killings.

Given Ethiopia’s population of 110 million, in the event that this military confrontation spirals into a civil war, it could occasion a dire humanitarian situation, sending waves of refugees into Sudan, Egypt and beyond to Turkey and Europe. Ethiopia’s democratic transition is a debacle.

There are no easy solutions for Ethiopia, a complex country with diverse social and political cleavages that have dragged on for many decades. Only dialogue and political negotiation can save this Eastern African nation that hosts the African Union's (AU) headquarters. It is time for the guns to be silenced and for dialogue to be fostered in Ethiopia.

*Graduate student and a teaching fellow in the Sociology Department of Ibn Haldun University, Istanbul