Europe should take in 1 million refugees, not a few hundred 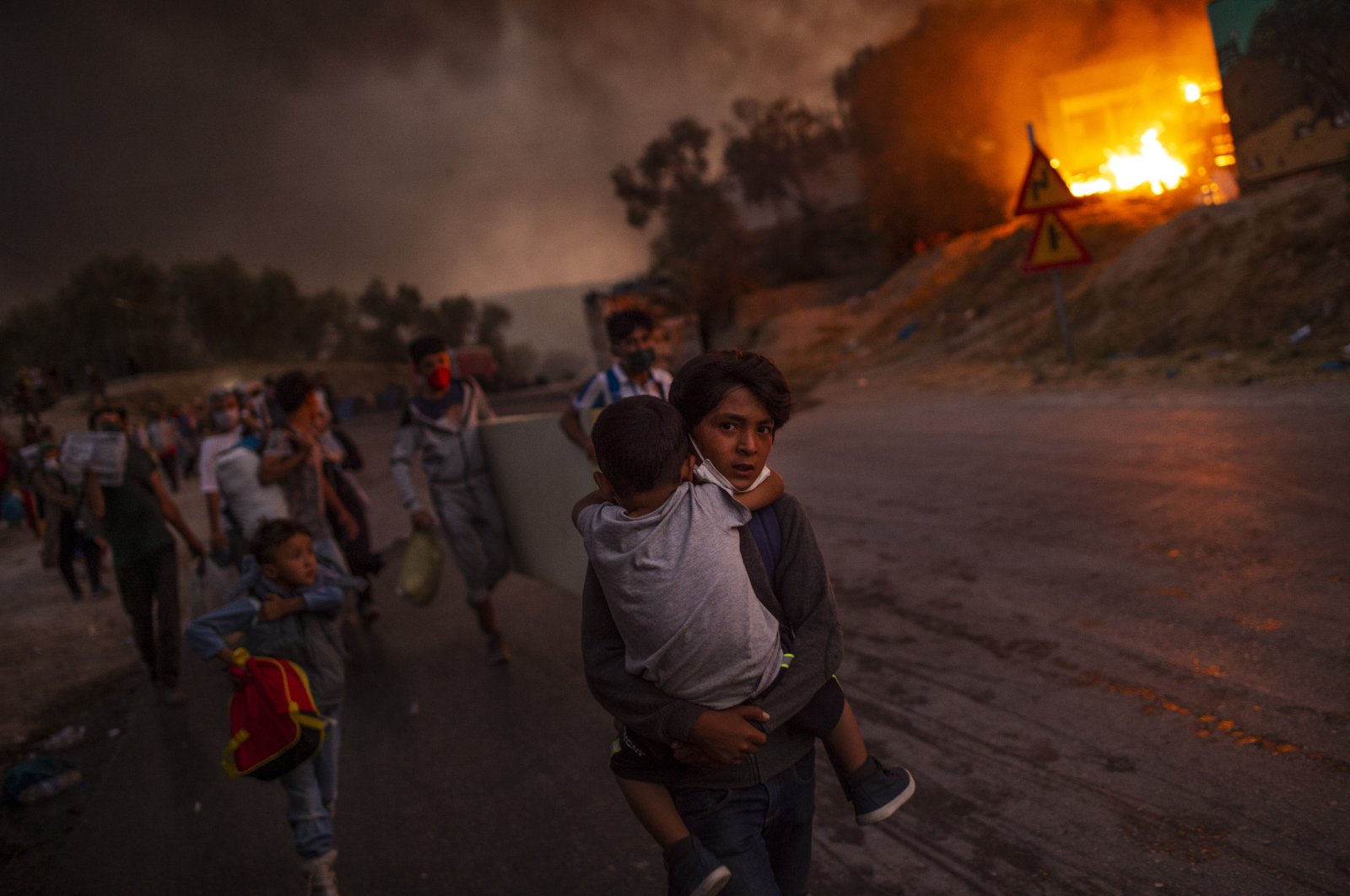 My generation always believed in the idea that post-war Europe stood for something, represented values and defended the common good.

Correction: for quite some time it did and out of the ashes of a continent destroyed by fascism, democracy emerged, along with the coming together of archrivals France and Germany as exemplary friends.

Yet, somewhere between the 1950s and the 2020s something must have gone wrong – and gone wrong big time.

It is hard to tell the exact reason, although analysts never hesitate to put forth explanations depending on their political leanings.

Could it be that plans for an ever closer political union have angered large segments of European society, which now blames everything that goes awry in their lives on the European Union as a super-state or on "the other"?

Might one argue that money is too tight these days and that even a supposedly "rich" EU, in the wake of a number of global financial crises, has reached the end of a period of milk and honey, so to speak?

Or what about realizing that their world has become multipolar and that Brussels’ leaders find it difficult to define a role for the very EU in this unchartered geopolitical territory?

Who are the unwanted?

All of these – and many other reasons – are in the mix, but none can justify today’s ludicrous situation, in which the 27 nations of the EU are battling it out over the fate of a few hundred innocent migrants on the basis that they cannot accommodate any more refugees.

Shame on Europe, indeed, and coming back to the first paragraph of this brief article: This is not the Europe my generation wanted, built and cherished for decades. This is not the "common home" for which solidarity was the buzzword. This has no resemblance at all with the modern, multicultural, free and fair club of nations.

Instead, it sets alarm bells ringing in all those circles of society where logic and interest in humankind have not yet been erased.

We spoke about possible explanations as to why Europe is closing its doors both mentally and technically. However – even amid the COVID-19 pandemic – none of these allow for a good enough reason as to the why, the how or the when.

Granted, during a pandemic people try to tend to themselves first and foremost: Many are worried about their health and personal well-being, not to mention that their jobs are on the line. People cannot repay their mortgage, and their children are suffering under the chaotic distance learning modules. All accepted, all are totally understandable.

But when disaster strikes, the above-mentioned term "solidarity" needs to take center stage.

Is a global pandemic not, by its very nature, global? Does COVID-19 not affect each and every corner of our shared planet? Are richer countries not as affected as much as poorer ones? Plus, even if poorer nations are more drastically exposed to the virus, does the pandemic not hit home and hit hard many well-established and well-off market economies, too, such as North America and France?

And this is the most troubling aspect of all: When every citizen, whether affluent or without means, is poised to fall victim to the coronavirus, should mankind not begin to realize that life is not endless, that nothing is guaranteed, that tomorrow might be our last day on Earth?

This realization, as shocking as it is, would normally lead us to look beyond our own four walls and think about our fellow citizens, consider the welfare of all, whether near or far, and lead us to discuss how can we help others in distress.

Now enter the migrant situation. Granted, it was with us long before COVID-19 threatened our very existence, but now, at a time when we see that perhaps by tomorrow we will be destitute, too, Europe has lost sight of the plot – totally and completely.

There are a few laudable exceptions, such as Germany – which, indeed, is a federal state in which almost all regional governors have opened their doors and announced how many refugees they can safely welcome.

Normally hardline conservative politicians have now gone public to say more must be done, while Berlin openly challenges other EU member states that declare their country a "no-go territory" – such as neighboring Austria.

Worse than that is the case of Malta. Malta acknowledges it has returned people trying to reach their shores by boat from Libya and, as the German public-service broadcaster ARD reported this week, has cooperated with Libyan militias and human traffickers to achieve this bizarre goal.

If the EU still has any validity as an overarching policymaking bloc, it needs to literally dictate to all 27 member states how many refugees each country has to take on board, period. Yet there is silence in Brussels.

The Brussels and silence

Then what about individual member states stepping in the ring where Brussels fails? Yes, a number of nations have done exactly that and let us mention here once again Germany and the Netherlands, where, just as in Berlin, usually very conservative politicians have since announced that EU states can help many more refugees than just a handful and can accommodate thousands, tens of thousands each.

Which brings us to the final thoughts of this column: The Republic of Turkey has single-handedly hosted millions of destitute people. If dictionaries need a new definition for the word "humanitarian aid" it would only have to spell out T-U-R-K-E-Y.

Ankara has welcomed millions, while EU member states declared their countries are no longer able to take in a single migrant or refugee – and in many instances, not even innocent minors.

Compliments to Turkey and the Turkish people and shame on those EU members refusing to help; compliments to nations such as Germany, yet even Berlin could easily say that we can absorb another 50,000 new arrivals without difficulty. Now let us multiply this figure by 27. Of course, this can be done with adjustments in consideration of the size of each (think Luxembourg versus France), yet we would still be able to reach the magic 1 million mark.

Too optimistic? Unfortunately so. It seems rather unlikely that the wish expressed in the paragraph above will ever materialize.

But then again, as many fellow journalists and commentators have already warned of the end of humanitarian aid as we know it, can no one turn the tide, change course and return Europe to what it was designed to represent, i.e. a group of nations having learned the lessons of a catastrophic war; a group of countries that became affluent and eager to "export" their success story? And should solidarity among people not be the major driving force behind all of this?

Greece's Moria migrant camp is on everyone’s mind who considers the wider world. But there can soon be more than one Moria. Refugees need help, not lecturing. Migrants need a chance for a new beginning and not to be trafficked back to nations they fled from in the first place.

Look to Turkey as a role model nation and then take a deep breath – let us hope Europe as a continent continues to defend democracy and human rights. The EU as a decision-making institution is still with us. If not, the future is bleak, whether COVID-19 is with us or not.