Europe, US unable to grasp Syrian refugee crisis in Turkey 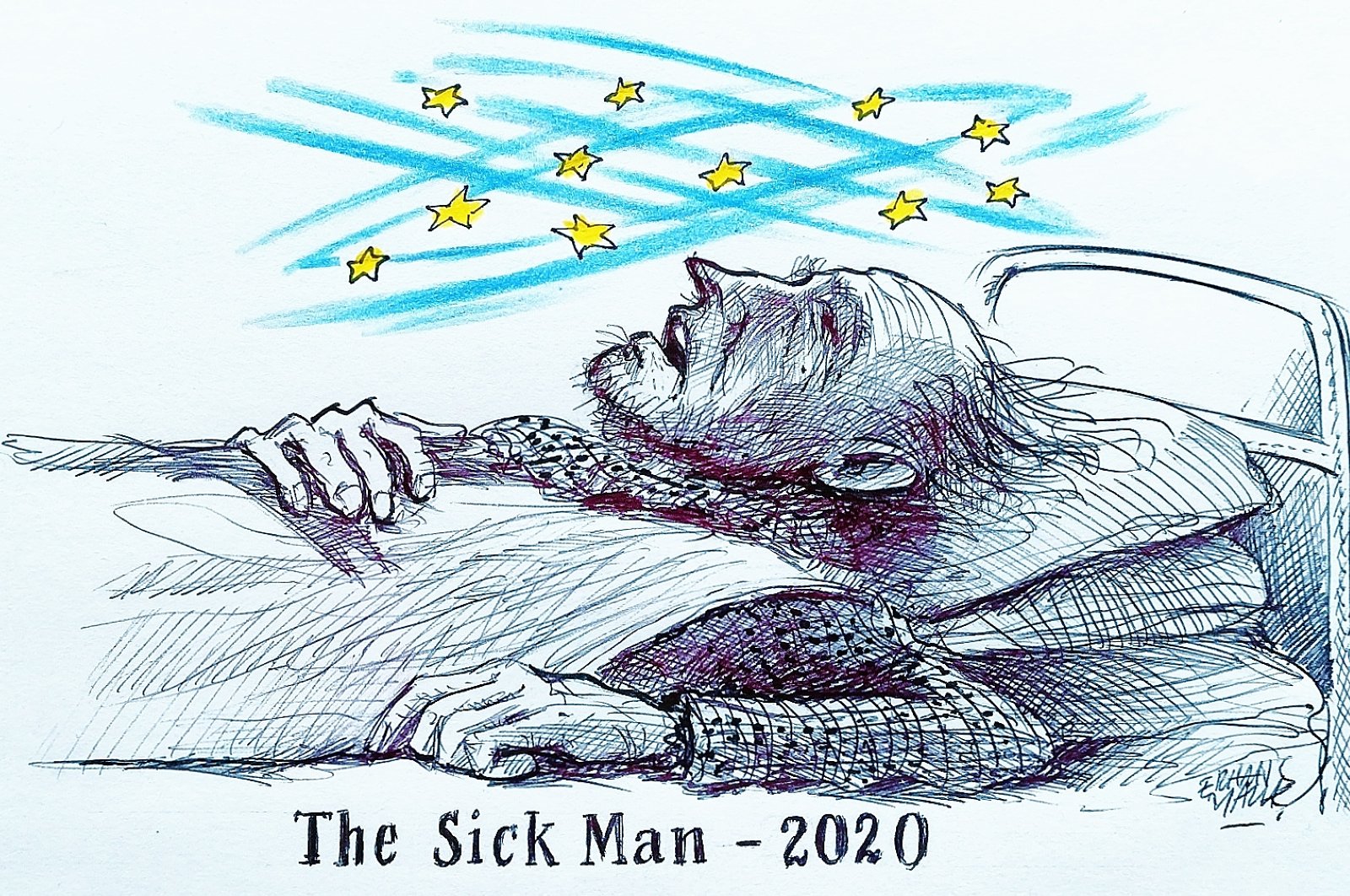 Since the outbreak of the Syrian civil war in 2011, Turkey has faced the gravest problems in the region regarding security, economics and refugees. That picture has not changed. At every turn, a new wave of issues knocks on Turkey’s door. That Europe and the U.S. have not taken initiatives required for a political transition in Syria is a major factor in this. Another leading cause is Russia’s desire to solve the crisis through military force. From the outset, Russia has deployed a course of destruction called the 'Grozny model." It is a policy consisting of three stages: besiege, destroy and rule. Russia has implemented this formula in many areas, particularly in Aleppo, which has wreaked extensive destruction and killed thousands of civilians.

The next in line for the "Grozny model" is Idlib. Russia and its protege, the Bashar Assad regime, launched a massive attack on this region despite the Astana and Sochi protocols they signed with Turkey. Hundreds of civilians, including babies, children, women and the elderly, have been brutally killed. Attacks on nonmilitant areas continue. Russia and Assad choose this method in the belief that depopulation of the city will facilitate its control. Another important strategic goal is to achieve a demographic change by expelling the Sunni residents from the region.

With the start of these attacks, people living in the Idlib region, once home to 2 million to 3 million citizens, set out for Turkey. One million Syrians have already reached the Turkish border. Countless more are on the way. President Recep Tayyip Erdoğan declared that his country, already hosting 4 million Syrians, cannot cope with another wave of refugees. Despite numerous similar declarations in the past, however, neither Europe, the U.S. nor Russia has lifted a finger to help Turkey in this crisis. They have not come up with a realistic solution for the problem.

The Russian-backed regime’s attacks on Idlib and the killing of 34 Turkish soldiers through an airstrike was the last straw for Turkey. On the night of Feb. 27, Turkey announced that the refugees inside its borders were free to go to Europe.

Greece a gate to Europe for young people

A significant number of migrants began moving toward the border following the statement. Interior Minister Süleyman Soylu announced that the number of migrants who reached the Greek border for passage into Europe to be around 200,000. The number to cross the border via Edirne is increasing by the day. People, not only from Istanbul but different parts of Turkey, are rushing west for a journey of hope. Buses continue to leave for Edirne from many cities across the country. The demographics of those trying to leave Turkey for Europe are also interesting. A majority of them are from Afghanistan, along with Syrians, Pakistanis and Iraqis. The overall profile of these migrants is that most of them are young. Though there are also a lot of women, children and babies, it seems that young people are choosing Europe for a new start. Interviews with migrants appearing in the media suggest that almost none of them wants to stay in Greece, countries in Eastern Europe or the Balkans. Mostly, they want to go to Germany and France. Scandinavian countries are also mentioned. Greece is only a gateway for them. It has no other function beyond that. They do not even regard Greece as Europe. It’s just a gate to Europe for the migrants.

The treatment of migrants by Greek authorities and the Greek police is inhumane. After preaching to the world about human rights and democracy for 200 years, Greece opened fire on migrants, including women, children and babies, with real bullets. Boats trying to reach the European nation are being sunk, and their passengers left to die at sea. Greek security forces have shot four migrants dead in the last four days and wounded many others. Thousands of other migrants were injured in attacks with rubber bullets and tear gas bombs. Greek police catch migrants and confiscate their money and valuables. Migrants are forced to take off their clothes, are tortured and driven back naked to the buffer zone.

While Greek police treat the migrants with cruelty, warnings from some European organizations to various countries about their human rights and democracy are ridiculous. Moreover, this cruel treatment of migrants is incompatible with the legal guidelines created by these same Europeans. They quickly refute what they themselves have defended. Furthering the problem, the European Union swiftly announced that it will provide 700 million euros ($799.49 million) to Greece as well as help in policing the border and ensuring border security.

Western media part of the problem

European media is closely following the issue. Many reports and comments are critical of Turkey. They lash out at Ankara rather than making an effort to understand the issue and solve the problem. One of the most judicious pieces, an editorial in the Financial Times on the migrant issue, says “Europe should sign a new deal with Turkey to stem a new migrant wave.” Though this sentence has some valid points, it fails to grasp the essence of the issue in general. It still seeks reassuring solutions.

The Western media and Western public opinion are missing the real point. They choose to deal with the adverse effects of mosquitoes instead of draining the swamp. Massacres have been going on for the last nine years in Syria. Faced with these crimes, the West as a whole should have set the world on fire in the name of human rights and democracy. But Europe either feigns ignorance or thinks it can solve the problem by giving some money whenever migrants knock on its doors. This is a huge mistake. Europe should immediately shed this illusion and focus on the essence of the problem. Drain the swamp. In Syria, the Assad regime has killed 1 million of its citizens and is still in power with its protector Russia. Europe's priority must be to pressure these two actors into reaching a political solution. If the problem in Syria is solved, the migrant crisis will end on its own.

If the European media and public sufficiently focus on the real solutions, Russia can hardly afford the loss of its image on the global level. As Russia faces no substantial consequences no matter what they do, they freely implement whatever course they choose. For this reason, Western politicians and media should take action.

Europe is unlikely to produce a solution-oriented outcome if its focus remains on engaging in populism, migrants at the Greek border and President Erdoğan. Europe seems to have come down to Earth with the harsh reality of the crisis, but its initial diagnosis is once again off base.