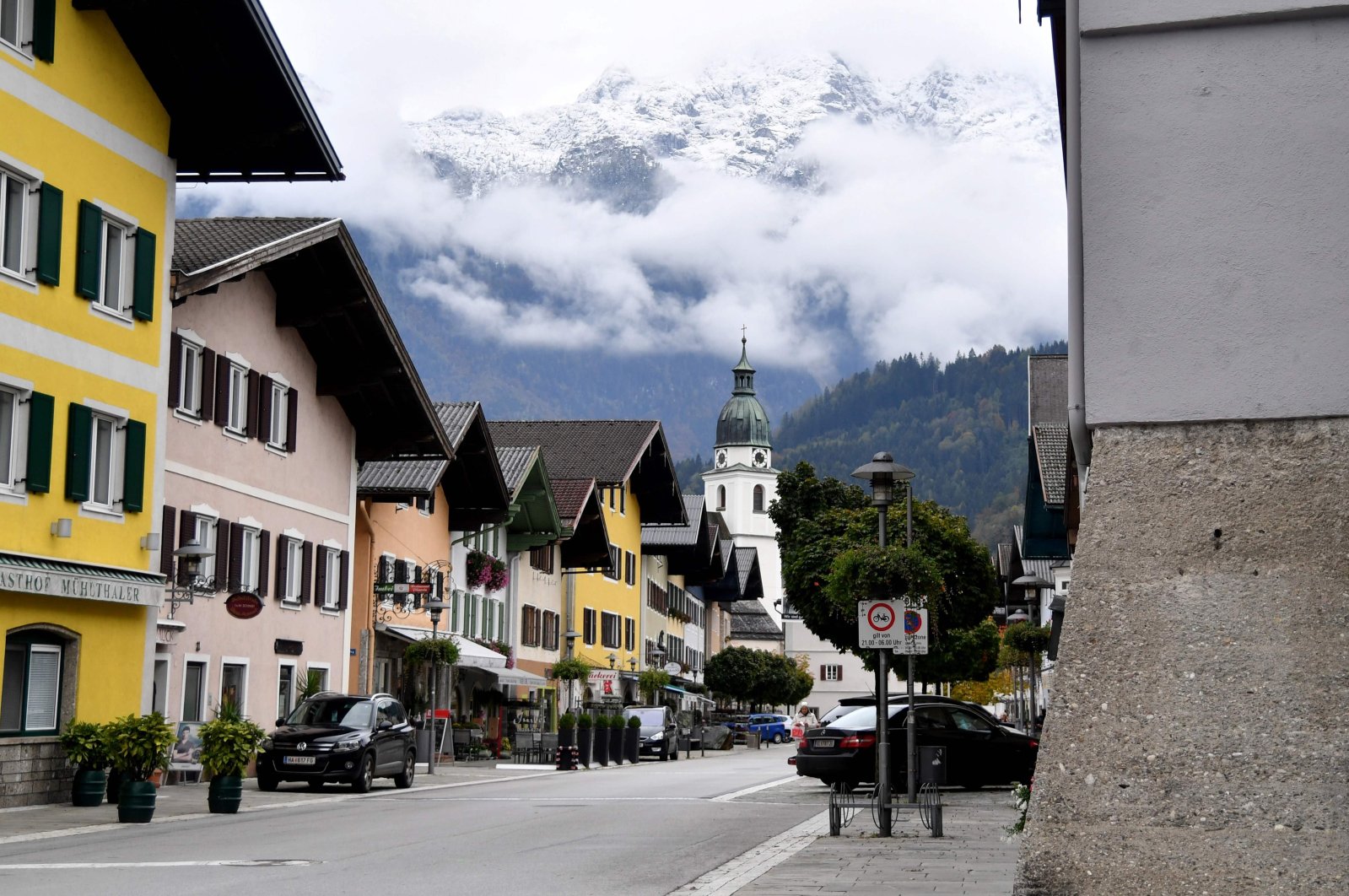 The market square is empty during a lockdown for the ongoing coronavirus pandemic in the commune of Kuchl, near Salzburg, Austria, Oct. 15, 2020. (AFP Photo)
by Jurgens Klaus Oct 19, 2020 12:05 am
RECOMMENDED

A highly toxic vote-catching phenomenon has emerged: extreme political movements trying to cash in on populations' growing uneasiness of how governments tackle the coronavirus. They do so by cleverly camouflaging their xenophobic baselines, claiming to be the consciousness of the people, the only true defenders of democracy.

This strategy became apparent once again during the recent campaign in the Austrian capital Vienna, a federal land that headed to the ballot boxes on Oct. 11.

The good news is that voters did not fall for the cheap propaganda as easily as hoped for, actually and as a matter of fact, almost not at all. The bad news: The longer the pandemic lasts and the more regional or national elections are being held across Europe, the higher the possibility of snap polls triggered by opposition parties’ votes of no confidence, which copycats will for sure follow.

Even worse, some mainstream parties might wish to cash in on anti-immigrant sentiments, too: This is exactly what happened on Sunday evening only a short while after the first projections were released.

Let us begin by saying that the vast majority of European voters initially trusted their elected office holder’s response to the COVID-19 outbreak. Little did they know about the risks of a previously unknown killer virus and let us be honest, neither did the leaders themselves. When February turned into March, European governments hastily prepared emergency plans closely monitoring developments in China and Italy.

Leaders know that in a democracy restricting individual liberties and freedoms would only be tolerated by the population in exceptional circumstances such as (God forbid) a nuclear war or natural disaster. Labeling the crisis a pandemic allowed for the declaration of a state of emergency, shutting down entire regions, or as in other instances, entire countries.

However, politicians announcing that soon everyone would know someone who died of COVID-19 or that 5% of the population would pass away anyways were luckily proven wrong and eventually accused of running a fear project instead of doing their proper job combatting the virus.

Lockdowns were gradually lifted, and life supposedly returned to a semi-normal; however, the wider economic situation was alarming: endless virtual queues in front of (un-) employment agencies, family businesses in ruins, the often chaotic outcomes of improvised distance learning becoming visible, family reunions including weddings or christenings axed and many people suffering from isolation and anxiety. Older would-be hospital patients were asked to postpone even vital treatments so that space would be available for potential COVID-19 cases.

Grudgingly our societies swallowed the bitter pill since the scientific advice paired with political acumen should work out in everyone’s favor, right?

Moving on and as predicted by those same scientists, the number of infections went up again toward the end of the summer holidays, and the number of tests skyrocketed at the same time, too. The good news is that the vast majority of people who tested positive did not experience serious symptoms and if so, recovered quickly.

By late August the moment had come when the far-right – in German-speaking countries in particular – realized the virus would be a future election issue. Having initially supported their respective national and regional governments about the manner in which they dealt with COVID-19, now was the time to go back on all of that and completely retract previous statements. Through demonstrations, manifestations, virtual conferences, social media channels and television interviews, the far-right and at times a vaguely defined anti-coronavirus-measures movement protested not just the previous lockdown but any possible future lockdowns. The lockdowns had become a point of concern among segments of society worldwide, including in Germany and Austria.

Austria’s Freedom Party (FPÖ), whose reputation suffered from the alleged Ibiza corruption scandal and the breakaway of its former leader Heinz-Christian Strache setting up his very own political group, adopted many slogans. They became the frontrunner in all things anti-future lockdowns by setting up the "Corona Madness" social media platform.

In the beginning, it paid off well: Ordinary citizens encompassing single parent coping with the stress of their kid's distance learning while balancing working from home at the kitchen table to generational family business owners going bankrupt and middle-of-the-road voters dissatisfied with the mainstream COVID-19 response voiced support for more controls limiting freedoms because the economy in many European countries was about to lose at least 20% annual gross domestic product (GDP).

However, in Austria a month or so before the Vienna election the FPÖ changed tactics, discreetly intermingling a new message within their COVID-19 posts that revealed the party's true xenophobic motives.

The message emerging from the Viennese result is crystal clear: Even factoring in Strache’s breakaway party’s 3.3% gain, the FPÖ has to accept a record loss of 20.4% compared to the previous election in 2015.

Was it the Ibiza scandal repercussions? Was it the fact that Strache split from his own former party, or was it something else? One thing is absolutely undeniable: pushing "Corona Madness" as a major election issue did not convince the electorate. Later, the campaign pushing anti-immigration and anti-multiculturalism rhetoric apparently did not either. This election is ever more relevant for the future of Austria’s far-right as trends underline that some 100,000 FPÖ supporters from 2015 decided to stay home in 2020 and not cast a ballot at all.

When asking the same questions as above: Was it the scandals surrounding the party, or could it be that shifting to the "extreme extreme" far-right was one step too far for those who under normal circumstances would be their core voters?

What appears to be an even greater threat to harmonious society is when the center-left, center-right or middle-of-the-road mainstream political parties adopt anti-foreigner rhetoric looking for far-right votes. Some 43,000 former FPÖ voters now ticked the conservative New People’s Party box. In this case, "Corona Madness" can be ruled out as the reason behind the swing as that party is currently in power and thus responsible for all nationwide pandemic measures. It must be the topic of immigration, as it was the only other issue promoted through the FPÖ campaign.

When asked on television whether the nationwide governing party (in a coalition with the Greens) would be ready to join a coalition with the regional landslide vote-winning Socialists in the federal parliament (currently managed by a Red-Green coalition and probably continuing) the party representative stated without hesitation that immigration was her first and core issue.

The verdict: Major conservative, social democrat or liberal parties trying to keep far-right dissidents happy by adopting far-right policies will only lead to the further polarization of society.

What society needs is to prepare for is the post-pandemic world and rebuild our shattered economies. The world must learn for good that there is no "other" as a killer virus does not distinguish between the home-grown and new arrivals. Sectarianism, anti-multiculturalism, racism and xenophobia must become things of the past.