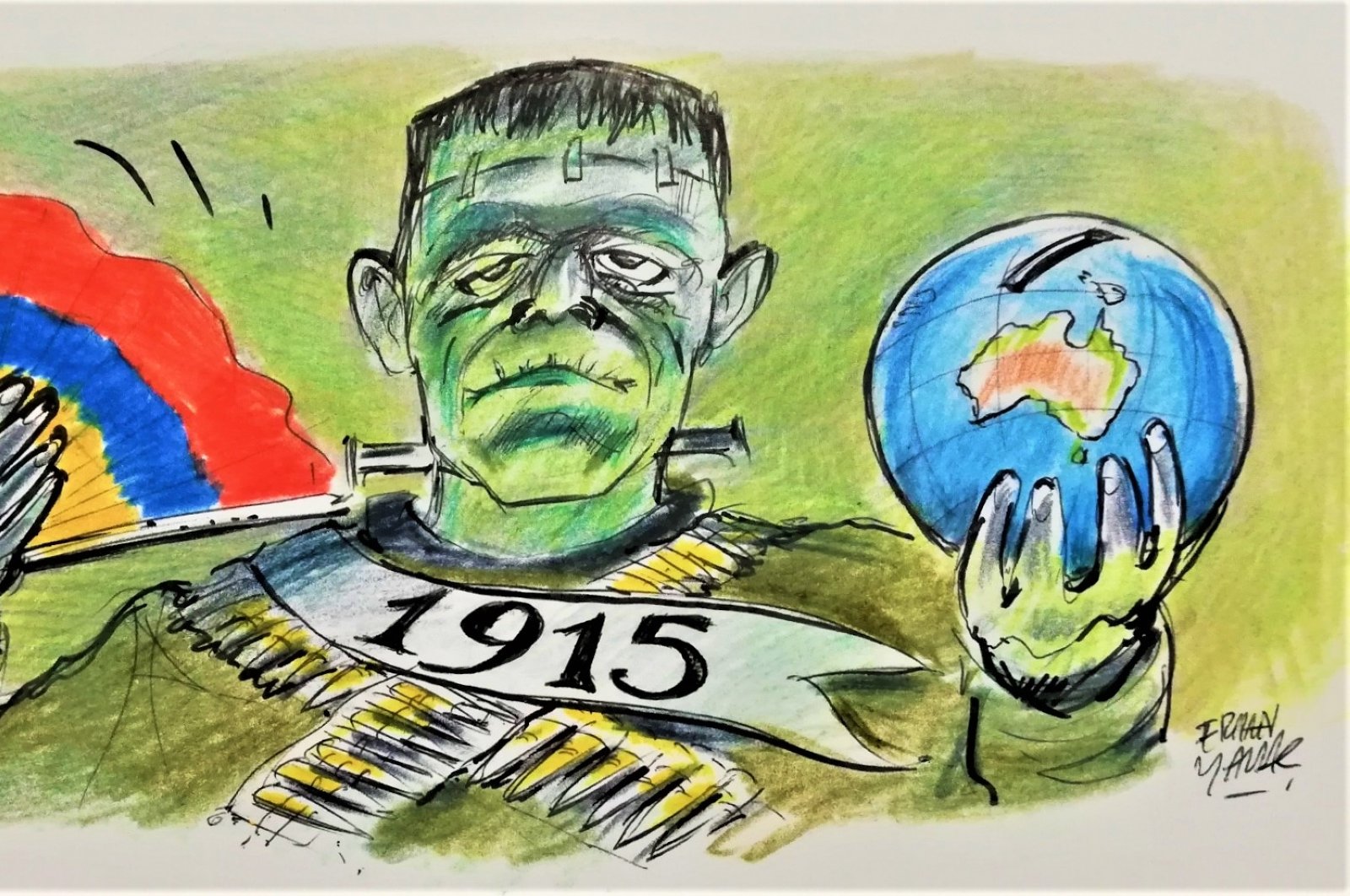 Armenia, a nation of 3 million people, has one of the largest and most influential diaspora communities in the world. In France, the United States and Australia, this political influence has become more visible during the latest conflict with Azerbaijan. Often at odds with the interests of the ordinary citizens in these countries, self-serving politicians’ race to appease their Armenian friends.

In France, the Armenian diaspora managed to capitalize on a simple act of vandalism to trigger a move to ban the Turkish group, Grey Wolves. The same authorities have shown no known interest in looking into the Armenian Revolutionary Federation’s (ARF, also known as Dashnaktsutyun) activities. The ARF, according to the U.S. Central Intelligence Agency (CIA), was one of the main sponsors of several terrorist acts across the globe, including in France, and actively recruited militants through its youth arm, the Armenian Youth Federation (AYF).

In the U.S., representing one of the most influential and largest Armenian diaspora communities in the world, Democratic Rep. Adam Schiff of California, who sponsored last year’s resolution recognizing the 1915 Armenian events as “genocide” in Congress, has been leading the Armenian narrative asking for recognition of the illegal occupation of the Nagorno-Karabakh region.

The Armenian community there yields so much influence on federal politics, even the famous Turkish-American commentator Cenk Uygur eventually fell into their line.

In Australia, there are no more than 15,000 Australians identifying themselves as of Armenian origin.

Amid the thick of the once-in-a-generation COVID-19 crisis, Paul Fletcher, Australia’s minister of communications, cybersafety and the arts, rose up in the Australian Parliament on Oct. 22 to condemn Azerbaijan and Turkey.

Fletcher represents the Liberal Party (LP) on Sydney’s northern shores, where the Armenian diaspora controls several factions within the party. Also, Fletcher, in his speech, saluted his friends from the Australian-Armenian community and spoke about his “concerns” for the potential crimes against humanity in the Nagorno-Karabakh region.

“This is an exceptionally concerning situation, and there is the very worrying scenario of the ethnic cleansing of Nagorno-Karabakh. The prospect of hundreds of thousands of people being forced from their homes and traditional lands is shocking,” said the minister. He conveniently did not mention or acknowledge the plight of more than 700,000 Azerbaijanis displaced from the region since 1994.

Another Liberal senator, Eric Abetz, tried to pin Turkey to the conflict during a Senate estimates session, where traditionally Australian foreign ministry diplomats answer senators’ questions about a variety of matters.

“Are there greater regional powers posturing through this war?” asked Abetz during the session, apparently aiming to put Turkey’s support of Azerbaijan on record. Officials from the Department of Foreign Affairs and Trade (DFAT) in the Australian federal government told senators that the department’s view was not like that.

A few days earlier, in Australia’s biggest state, which is recovering from the disastrous economic calamity of the coronavirus, 61 members of Parliament did vote in favor of a motion accusing Azerbaijan of being the aggressor. The governing Liberal-National Coalition there is led by former AYF member Gladys Berejeklian, who built her narrative on her migrant background and her family's tragic escape from the so-called genocide.

“The ethnic Armenians in the Republic of Artsakh face an existential threat. Since Sept. 27 Azerbaijan has been carrying out large-scale aggression against the indigenous Armenians of Artsakh, with the assistance of Turkey,” said Berejeklian’s minister, Victor Dominello, during his speech supporting the move.

Dominello is representing a constituency called Ryde in the New South Wales (NSW). According to the most recent census, there are some 2,000 Armenians living there.

Ryde City Council, which is mandated by its ratepayers to pick up rubbish and fix parks, this week decided to send $3,700 to Armenia in support of the ethnic Armenians in the Karabakh region. A local councilor, Sarkis Yedellian, who is another former Armenian activist, helps shape the council’s decisions.

All of the above mentioned blank-check support of Armenian narratives in different levels of Australian democracy happened in less than a week, unbeknown to the wider Australian public due to the lack of meaningful scrutiny by the local media.

Another aspect not receiving any coverage in Australian media is the constant bullying, intimidation and aggression against politicians who happened to publicly show even the slightest support for Azerbaijan or Turkey.

The Armenian-Australian community, to their credit, are very effective in achieving their goals. The motions or speeches are penned by their activists, given to members who seemingly have no relations to Armenia. Politicians with an Armenian background often remain out of sight, making the initiatives look like an Australian politician’s own.

The acts are linked through an organization called the Armenian National Committee of Australia (ANC-AU), led by a former ARF member.

Under the pretext of community advocacy, the ANC-AU asserts its influence on Australian democracy, like their sister organization “ANC America” in the U.S.

According to the Ph.D. thesis of researcher Wolvaardt Francois Adriaan, the ANC-AU serves as the public affairs organization of the ARF outside Armenia. The ANC-AU representatives have told Adriaan that “ANC-Australia directly reports to the office in Armenia.”

According to the CIA, the ARF used the extremist terrorist group of the Justice Commandos of Armenian Genocide (JCAG) as a means to further its political goals.

The CIA’s observation of the ARF has been recorded as the following in a 1984 document that was subsequently declassified in 2009: The JCGA's parent organization, the ARF, is in competition with the other major Armenian terrorist group, the Armenian Secret Army for the Liberation of Armenia (ASALA), for control of the Armenian revolutionary movement.

The ARF’s JCAG operatives murdered two Turkish diplomats in Sydney in 1980 and attempted to bomb the Turkish Consulate in Melbourne, aside from a number of other thwarted plots that would potentially harm Australian citizens.

The Australian economy has contracted for the first time in two quarters in a row in more than two decades. Hundreds of thousands either lost their jobs or had to work reduced hours.

Australia legislated the Foreign Interference Transparency Act to counter foreign countries and actors, like the ARF, meddling with its democracy. It has rightfully done so as the country’s capital and state parliaments are full of lobbyists trying to change the government’s views and stand on issues ranging from foreign-owned coal mine projects to recognition of the 1915 events as genocide.

The legislation requires transparency and aims to unravel the covert activities of foreign actors. However, according to the legislation, community groups are exempt from declaring their foreign ties.

Most Australians, French and Americans have no idea of this disproportionate influence and of their self-serving representatives advocating for causes potentially irrelevant to their urgent needs. This influence is only favoring radical diaspora groups and their Yerevan-based patrons who have nothing but blood on their hands.

*Freelance writer based in Sydney, Australia