From home office to no office: Post-COVID-19 jobs 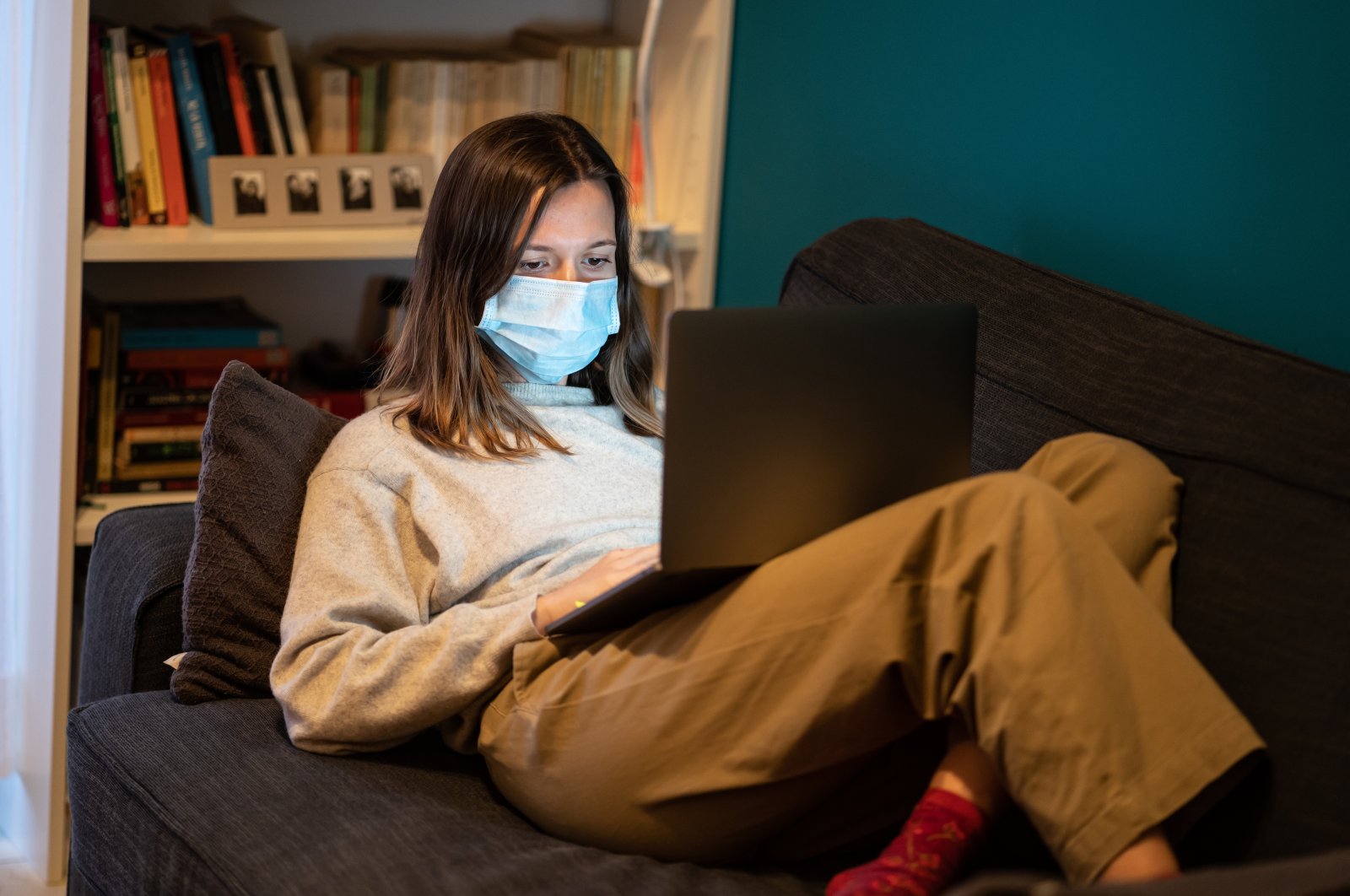 A stock photo shows a woman working from home during the COVID-19 quarantine. (Photo by Shutterstock)
by Klaus Jurgens May 24, 2021 12:05 am
RECOMMENDED

Is it not idyllic: pack your laptop, work remotely – literally speaking – from a holiday destination as your boss agrees there is no difference about whether you log on from 5 or 5,000 miles away, respectively – as long as you give your best!

Granted, it sounds too good to be true but in a post-pandemic world not entirely impossible and there are already cases where exactly this is happening, a phenomenon being reported on in the media.

Yet leaving fantasy and "Fantasy Island" behind for the time being, upon finishing our 1/2 hour lunch break we are more likely to reenter a rather cramped living room or far too small kitchen where we have been stuck for the best part of the last year.

Hence, for most mere mortals working from home has become a somewhat unwelcome situation as there is seldom sufficient desk space, not even mentioning owning the luxury of a spare room.

Add the additional costs no one reimburses – think utility bills such as electricity and high-speed 24/7 internet access which easily might have gone up by 50% due to excessive usage.

But when all is said and done at least we have a stable income. Or do we?

When workers are not on site, chances are that management is not simply preparing the facilities for a return to normal but is considering the wider picture.

From an employer’s perspective it is all about cost: now that the vast majority works from home, why not reduce office floor space dramatically, assuming that many staff may actually prefer being away – probably not factoring in the reality of our flats as described in the paragraphs above.

And whilst the bosses are at it why not streamline work processes in general and see who is ultimately dispensable?

And as they had huge reductions in turnover, why not try to achieve similar outputs with a reduced workforce if at all possible, or offer reduced wages in return for continued employment?

The latter scenario has become an unfortunate staple diet in quite a number of professions already and not just with regards to airline pilots and flight attendants.

On the one hand, business consultants refer to this thought process as company restructuring. Trade unions on the other hand would call it what it is: considering laying off employees.

During the pandemic, millions of workers who were able to keep their jobs faced the grim prospect of either working fewer hours for less pay or not working at all with governments covering between 60% and 70% of their previous net salary.

If we thus take into account the problem of consumers having less disposable income available, going on a shopping spree right after lockdown ends will not feature prominently on most citizens' to-do lists.

As a result, consumers earned less money, have less money to buy nonessential goods and refrain from investing in general as no one knows whether the pandemic is really over for good.

The last list of issues is of course concerning for a company owner as well which brings us back to the thorny subject of how to keep business afloat whilst minimizing costs, at all costs.

So who has the upper hand – are bosses right to save money as the population tries to do the same? Or are workers' representatives correct to argue that jobs and incomes must be safeguarded? And last but not least, what about our elected officials – should governments bail out individual companies or entire market economies?

Finance and economy ministers, respectively, have no easy task at the moment. How much money should be inserted into an ailing economy and what is the impact on inflation? And in a broader sense how much state support is acceptable not to risk sliding into a semi-socialist form of state-interventionist capitalism, instead of accepting the free flow of markets?

A surprising answer would be that in this uncharted post-pandemic policy-making territory it is actually the individual citizen who holds the keys. At stake is rebuilding trust between the state and the individual person.

For the time being, citizens are extremely content and will be even more so when lockdowns are soon a thing of the past, as what is considered a stolen inventory of human rights is returned to its rightful owners.

Think the right to travel, consider the right to meet with as many people anywhere we wish. Then talk about the right to socialize, the right to go to school and yes indeed, the right to step back onto your employer's premises to work from nine until five as before. All the things that we took for granted have been taken away from us and are only gradually being handed back.

As long as this handing back process is administered fairly and quickly voters will feel content for the time being. The serious trouble will commence when economic hardship is added into the mix and from the moment jobs are lost, and lost in their millions.

Even if governments waive all the rules and continue to pay out unemployment benefits for years to come, the social and mental health of large parts of the population will be irreparably damaged.

Then the above-mentioned trust-building will no longer be at the required level, which will then lead to people questioning the basis of having been forced to "lockdown" in the first place.

Take Germany’s Vice Chancellor Olaf Scholz as an example, he only recently announced that closing schools during lockdowns was unnecessary. Was the entire lockdown perhaps unnecessary too? If a government leader says it, ordinary citizens will follow suit shortly, or will they?

One way out of the dilemma is to accept that employers will consider staying in business but perhaps in a limited size, which could allow more people the chance to open up shop themselves.

Little can be done to force a multinational big player to keep all its 5,000 staff when turnover has been halved. But the local and regional economy is greatly shaped and influenced by local developments and actors.

When educational establishments add business administration classes to their basic curricula, more and more young people might actually consider becoming a "boss" themselves yet a sustainable boss so to speak.

Perhaps their business will not be a million-euro and for sure not a billion-euro enterprise but it will certainly create maybe 10, or perhaps even 50 new jobs plus the one for yourself.

People would rather buy local it is assumed as long as the quality and price match. This should not be misinterpreted as planning a return to agriculture only – high-tech manufacturing can be done locally as well as remotely.

It would basically lead to a situation where ordinary citizens in a post-pandemic world, whilst still trusting their governments, aim to take things into their own hands. This would ease the burden on the central government and would reestablish confidence in the individual citizen as an achiever, not dependent on government handouts.

We spoke about "Fantasy Island" – the suggestions in the final part of this analysis may, at first sight, seem to be lifted from that famous television series. However, no one in her or his right mind would have ever expected COVID-19 to happen, so bold thinking is absolutely acceptable.

For some time, populations all around the globe have accepted – or shall we rather say have grudgingly accepted – that life is now lived in a nanny state.

Ordinary citizens simply did not have the knowledge about how serious the pandemic could become, hence everyone is more than thankful that our leaders stepped in and managed a safe return to normality.

However, a nanny state is not what industrialized nations should accept as the "new normal" as we return to the "old normal."

Responsibility and individualism paired with solidarity and respect are major factors in achieving a prosperous, sustainable post-pandemic economy. Do not just say "governments should bail us out forever ..."