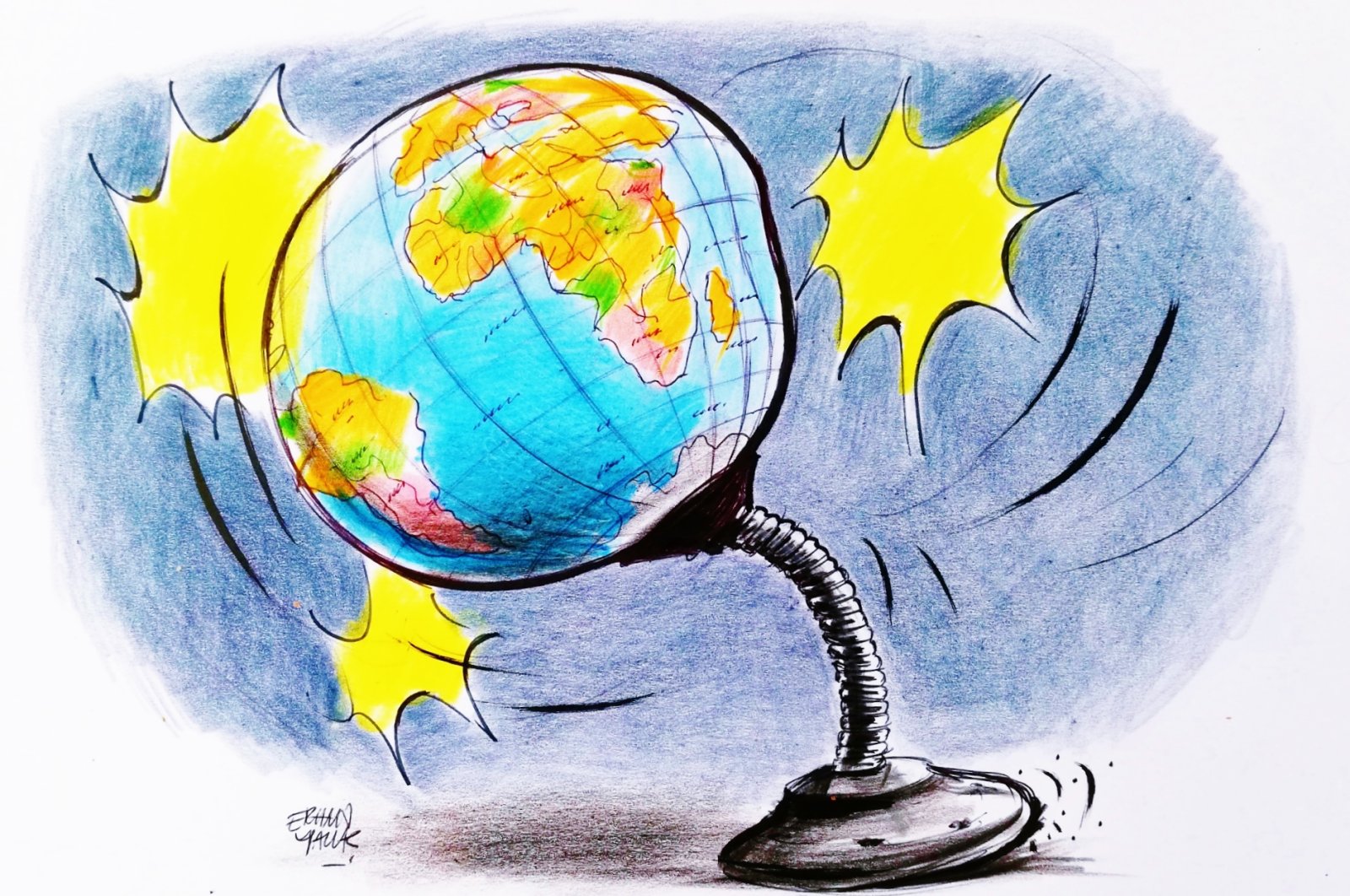 In our multipolar world, there is no crisis or problem that is independent of one another

The issue of global governance is gaining tremendous importance as we move quickly toward a multipolar world order, in which great power competition and protective nationalism are increasingly shaping international relations.

At stake now is how humanity will find solutions to its problems in a world structured with Westphalian sovereignty. Many crises have roots in globalization and increasingly require internationally orchestrated solutions.

Irrespective of how polarity is defined within a given international order, governance implies rule without a previously defined authority. Whereas government requires the existence of an authority that rules in a hierarchical manner, governance suggests issues of concern are handled by multiple actors in a horizontal manner. As the system shifts multipolar, from bipolar and unipolar, practices of governance tend to replace practices of government, for it becomes difficult to locate legitimate authority in one single actor in multipolar systems. Governance at the global level tends to be more difficult in multipolar orders than bipolar or unipolar ones. When globalization goes hand-in-hand with the multipolarization of the international order, the need for building up effective governance mechanisms is also urgently felt. In multipolar orders, neither a single hegemonic power or a plethora of international organizations can act as a legitimate authority in global governance. The abundance of actors would suggest that geopolitical and normative contests for legitimate authority would continue unabated. This is a problem that needs to be solved soon, if we all want to live in a secure and peaceful international environment. Global governance in a multipolar order is difficult.

The most relevant examples are the ongoing civil war in Syria and the new coronavirus, which first emerged in China and spread to many countries in a very short period of time.

Common to both problems is that they cannot be resolved only through domestic efforts or the authority of a global hegemony. The longer these crises remain unresolved, the more damage they will inflict upon the fabric of the contemporary international order, which still reflects a high degree of liberal optimism regarding the ability of humans to transform the Hobbesian jungle of international politics into a Kantian zoo of secure communities.

Globalization has already brought people of different races, ethnic backgrounds, national loyalties and religious affiliations much closer together in a span of seven decades following the end of World War II. The shrinking of the world and the gradual erosion of time and space have largely benefited humanity. Not only has the specter of a great war declined, but the gap between the developed world and developing nations has decreased across many fields, mostly in favor of the latter.

Globalization has not only facilitated the integration of the developing world into the existing international order but also benefited disadvantaged outsiders much more than privileged insiders. Hence the rise of illiberal, populist, protectionist and anti-globalist political parties, movements and personalities across the developed world.

Under close scrutiny, however, it becomes clear that such thinking proves to be shallow and is not convincing in today's world for technological, strategic and ethical reasons.

Technology brings us together

Technologically speaking, we are now living in a global village despite some attempts at erecting technological barriers to human communication. Although some of us prefer to live in cyber ghettos and approach online communication from a tribal perspective, many of us have developed a global consciousness and closely follow those different from ourselves. Despite being citizens of different states, more than half of the human beings on planet Earth have acquired identification from global technology companies. Technology does not recognize borders. Technological interactions fuel the belief that we are subjects of the same global village and cannot remain aloof to whatever happens outside our territorial borders. Technology not only provides us the knowledge of happenings in far-off places but also indoctrinates us with a global consciousness.

Technology seems to have enabled us to become members of different groups simultaneously. Psychically we can sit in our living rooms, but mentally we feel a part of different networks online. Technology has increased the destructiveness of weapon systems, yet it has also pushed people of strategic responsibility to craft solutions to geopolitical problems in more humane ways, decreasing causality in warfare. In general, technological improvements have increased life expectancy, cured many diseases and fostered the belief that humans are intelligent enough to put quality of life at the center of their endeavors.

Strategically speaking, in today's globalized world, defense begins abroad. Forward defense is no longer an offensive strategy aimed at geopolitical control of distant places in a neocolonial and imperial fashion. Borders are no longer opaque or shield us against external threats. How other states are ruled from within and whether the rulers of those states fulfill their responsibilities toward their subjects are no longer issues of foreign policy. As legitimacy in today's world emanates more from responsible statecraft than external recognition, state leaders can no longer turn a blind eye to how their domestic actions are perceived abroad.

From this perspective, the question of why Russia, Turkey, Iran and the United States are in Syria boils down to national defense. What seems to have aggravated their relations with each other, as well as diminished the possibility of a political solution to the ongoing carnage, is the gradual shift to a multipolar order that seems to suggest that we are now living in an era of great power competition, where calls for globalization no longer make sense. Yet, this is an illusion.

Solutions to the Syrian civil war, and more importantly to the humanitarian tragedy in the Idlib region, require an international effort in which all stakeholders act responsibly. The presence of approximately 4 million Syrian refugees in Turkey, and Turkey's recent efforts to make it easier for these people to go to European countries, is neither an issue concerning only Turkish domestic politics nor a negotiation point in Turkey-European Union relations. It is a strategic problem that affects the well-being of all related parties. It is the responsibility of Turkish, Russian, European, Iranian, American and Syrian leaders to jointly deal with this problem. Unilateral impositions or bilateral compromises will not solve this crisis. Only multilateral efforts will fix it.

The same logic applies to the coronavirus outbreak. Rather than Western leaders, most notably President Donald Trump, arguing for decoupling, they would do well to support Chinese efforts to win the war against the virus, for it has already been proven that pandemics do not respect national borders.

Further, any slowing down of the Chinese economy would also hurt western markets. Contraction of the Chinese economy will likely result in a global economic recession and this will negatively influence the living standards of many people across the globe. Politicizing the struggle against a virus, and making it appear as the logical extension of the new Cold War between the United States and China, erodes the remaining hope for global peace and security.

Today we are more ethical and moral than at any point in history. We are no longer just citizens of previously conceived nation states. We now hold multiple identities and feel ourselves a part of different networks. A virtuous person in today's extremely globalized world is no longer one who feels responsible only to those with whom he or she identifies on common ethnic, national or religious grounds. As the "Davos men" are now trying to update neoliberal capitalism by transforming it from being primarily shareholder capitalism into responsible stakeholder capitalism, an equal effort is also needed to refine the counters of moral and ethical statecraft and human behaviors. Caring for the ones who do not look like us, and with whom we do not share inherent similarities, should now define the limits of virtuousness. The international community would do well to view the Syrian crisis and the coronavirus outbreak from this perspective. The sooner humanity succeeds in this effort, the more we can manage issues of global governance in the emerging multipolar world order.