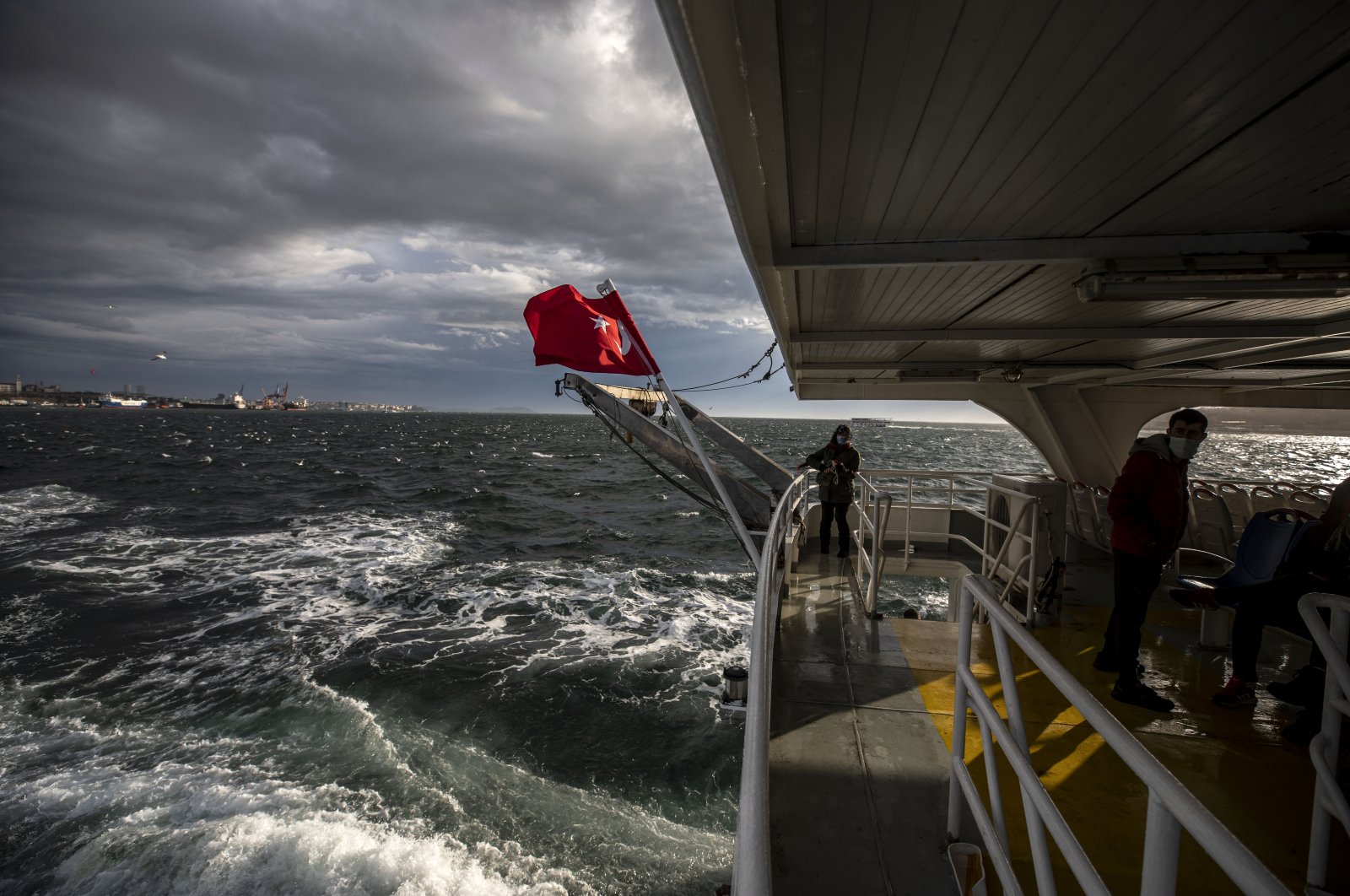 As we have just entered the third decade of the 21st century, Turkish rulers would do well to decide on a grand strategy that would not only ensure the nation’s territorial integrity and survival in the midst of growing geopolitical challenges in its neighborhood but also catapult Turkey to the league of the most developed countries across the globe. I am of the view that the "resilient middle power" grand strategy will be the right one to choose in this regard.

It relies on a realist understanding of international politics, in that survival and power maximization are the most important goals of states, even if they evince different characteristics internally. Turkey sits in a critical region surrounded by lots of countries, many of which gained their independence in the wake of the dismemberment of the Ottoman Empire.

Being vigilant and feeling alert to potential territorial threats is quite normal for both Turkish decision-makers and Turkish people alike. The country's internal stability and territorial integrity require Ankara to be stronger than those it borders in terms of measurable material power capability and helps Turkey’s neighbors maintain their sovereignty and independence.

Turkey’s peace and stability are strongly tied to regional peace and stability. For this to happen though, the country's neighborhood must not be the center of regional and global geopolitical quarrels and rivalries. Turkey needs a peace corridor to maintain its internal order.

The possibility of the country's neighbors transforming into civil war zones hosting the military units of more powerful regional and global players should be avoided at all costs. From this perspective, investing in autonomous military power capacity is vital to the success of Turkey’s grand strategy.

Unless Turkey has sustainable economic power feeding a robust army that can deter and defeat near competitors or extra-regional powers, it might have to compromise its core national interests in the face of external demands.

This suggests that Turkey’s military presence in Syria, Iraq, Libya, the Eastern Mediterranean, the Balkans and the Caucasus is a must for the country to help establish a peace corridor alongside its borders. It paves the way for a stable and predictable regional environment.

The realist logic also manifests itself in Turkey’s continuous efforts to get along well with global powers and, if possible, benefit from disagreements and discords among themselves. This is a basic balance of power politics and it has a long history of continuity dating back to the foundation of the Ottoman Empire.

Turkey cannot and should not put all of its eggs in one basket.

In today’s multipolar and polycentric world order, Turkey’s institutional links to Western actors are strong assets in its relations with such non-Western powers as Russia, China and Iran.

Similarly, its burgeoning relations with non-Western powers provide Turkey with meaningful leverage in its relations with Westerners. Turkey should preserve its maneuvering capability in its external relations and the current world order offers Ankara significant advantages in this regard.

The more solid Turkey’s presence inside NATO and the more promising Turkey’s European Union affairs are, the more bargaining power Turkey would have vis-a-vis China and Russia.

In this context, Ankara’s security cooperation with Russia and improving economic relations with China would suggest that Turkey could be impervious to Western pressure and arm twisting.

Realism also means that Turkey should do its best to become a strategically autonomous actor so that none of the global powers can view it as a pawn or instrument in their relations with each other.

The realist dimension in Turkey’s resilient middle power grand strategy also suggests that its rulers should avoid pursuing ambitious and overzealous ends that cannot be fulfilled with the nation’s given power capabilities. Realism would dictate that Ankara never suffers from an unbridgeable gap between its expectations and its capabilities.

Turkey is a middle power and it is therefore pursuing aspirations to be more active in its region, but it is globally exhausting.

So long as the country has some internal fragilities of different sorts, pursuing an assertive order-instituting strategy abroad is a non-starter. Becoming resilient in today’s tumultuous world order requires that Turkey put its house in order as soon as possible and deny external actors any pretext to get involved in its internal affairs.

This brings us to the liberal dimension of the resilient middle power strategy. For such middle powers as Turkey, a Kantian order at regional and global levels would likely produce more promising and fruitful outcomes than a Hobbesian order.

Half of Turkey’s gross domestic product (GDP) comes from international trade and the country needs to have access to foreign direct investment (FDI) and technology transfers if it wants to fully become a developed economy impervious to financial storms.

A world order that is built on multilateralism, international law, international trade, institutional governance, soft and civilian power practices and various forms of interdependencies would suit Turkey’s interests much better than a world order that reflects the primacy of great power politics, sanctifies the sphere of influence mentality, evinces geopolitical rivalries and legitimizes the use of coercive hard power instruments in international relations.

The country’s rise as a respectable middle power can only become possible if it soon becomes a developed economy. For this to happen though, Kantian elements need to be reinstituted in global politics sooner rather than later.

The "resilient middle power" grand strategy should contribute to the emergence of Kantian orders in Turkey’s neighborhood and across the globe.

Similar to other middle powers in world politics, Turkey should never find itself in the unenviable position of having to align with one global power at the expense of another. Strengthening of Hobbesian dynamics in global politics would not only accentuate rigid polarizations between superpowers, in today’s world that means the United States and China, but also decrease the maneuvering capability of less powerful countries.

Cold War-like polarizations would be restrictive for many countries. Turkey needs tranquility, predictability and stability in global politics. On its own, however, it is not powerful enough to contribute to such outcomes. Therefore, it will be in Turkey’s strategic interests to increase the scope and intensity of its cooperation with other middle powers, which seem to have similar priorities and vulnerabilities.