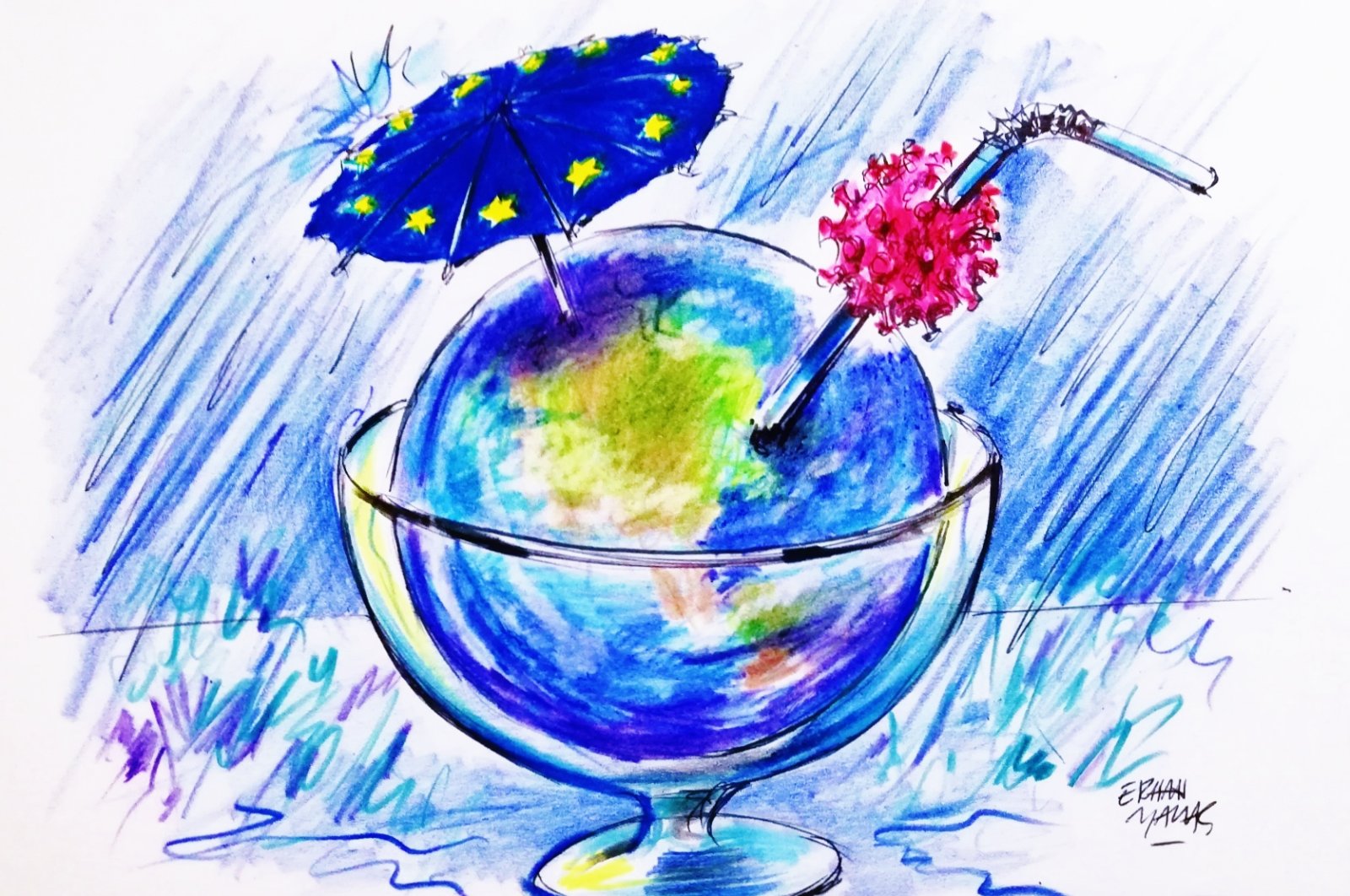 The European Union faces an unprecedented economic crisis in the coming months. It is forecast to be worse than the eurozone crisis or the banking crisis of 10 years ago. Already, countries such as Greece and Italy are forecast to shrink by up to 9%. Such economic contractions are almost unheard of.

And yet whilst we stand on the edge of the abyss, the EU is busy playing politics. The European Commission, rather than focus on how best to get Europe out of the coming crisis, has instead jumped in to say that it will push ahead with a "green recovery." The simple fact is that the so-called green recovery that they’re talking about is business as usual. Their proposals are quite simply the European Green Deal repackaged and pushed through as crisis measures, rather than taking them through due consideration in normal circumstances.

The concern, of course, is, quite rightly, that the European Green Deal will not help the economy to recover at all but rather strangle growth. Criticism has already been made about the unrealistic target of making Europe a "carbon neutral continent" by 2050 and of the commission's plans to levy taxes toward an energy fund.

The reality is that measures such as this would not only slow Europe’s recovery but choke growth. So much of Europe beyond the West is still reliant on coal, oil and gas for energy. Shutting down such types of power and transitioning the so-called green alternatives that they are advocating for would take time. What’s more is that these alternatives will never be as efficient as the status quo – only nuclear power would be as dependable, and the commission has chosen to omit that entirely.

This perhaps shows us what truly lies behind the mask of the European Green Deal and the green recovery programs. Not science, but ideology. These are merely facades for the continued push by the European left toward collectivist green economics. Much of the legislation would hurt private enterprises long before they ever affect government functionaries or bureaucrats. A real recovery needs to be focused on all aspects of the economy with support for all types of business. It can’t be – as the green left would have it – a recovery that only takes control of certain aspects of the economy.

What Europe needs now is certainty. Not more thoughtless regulation that risks a return to growth for small and medium-sized businesses. The main concern should be with getting as many people as possible back to work as safely as possible. It should be looking at ways in which it can help member states to finance easily repayable loans to employers so that they can continue to grow their businesses and keep people in stable employment.

The No. 1 concern for people when this crisis is over isn’t going to be the environment but rather how safe their job will be. We have already seen tens of thousands of jobs lost across the continent in sectors that have suffered as a result of lockdowns, from airlines to hoteliers and restaurants to theaters. Entire chunks of the service economy that hire low and middle workers have seen layoffs already. Millions more Europeans continue to wait with bated breath to find out what the future looks like for them.

The commission needs to start being honest with people in saying that there will undoubtedly be job losses as a result of this crisis and that a green bandage is not going to be the answer. Equally they must be realistic about the fact that even the most optimistic estimates forecast a 7% contraction in Europe’s economic activity as a whole. Under those sorts of figures, money will be tighter and less of it will be available to vanity projects such as the Green Deal or many other programs. Any recovery program must be part of a long term economic strategy of the EU, and perhaps ultimately part of the budget. If this means making way by removing other projects, then this is a sacrifice that will have to be made for the sake of preventing a worse economic catastrophe.

*Executive director at the European Conservatives and Reformists (ECR) Party