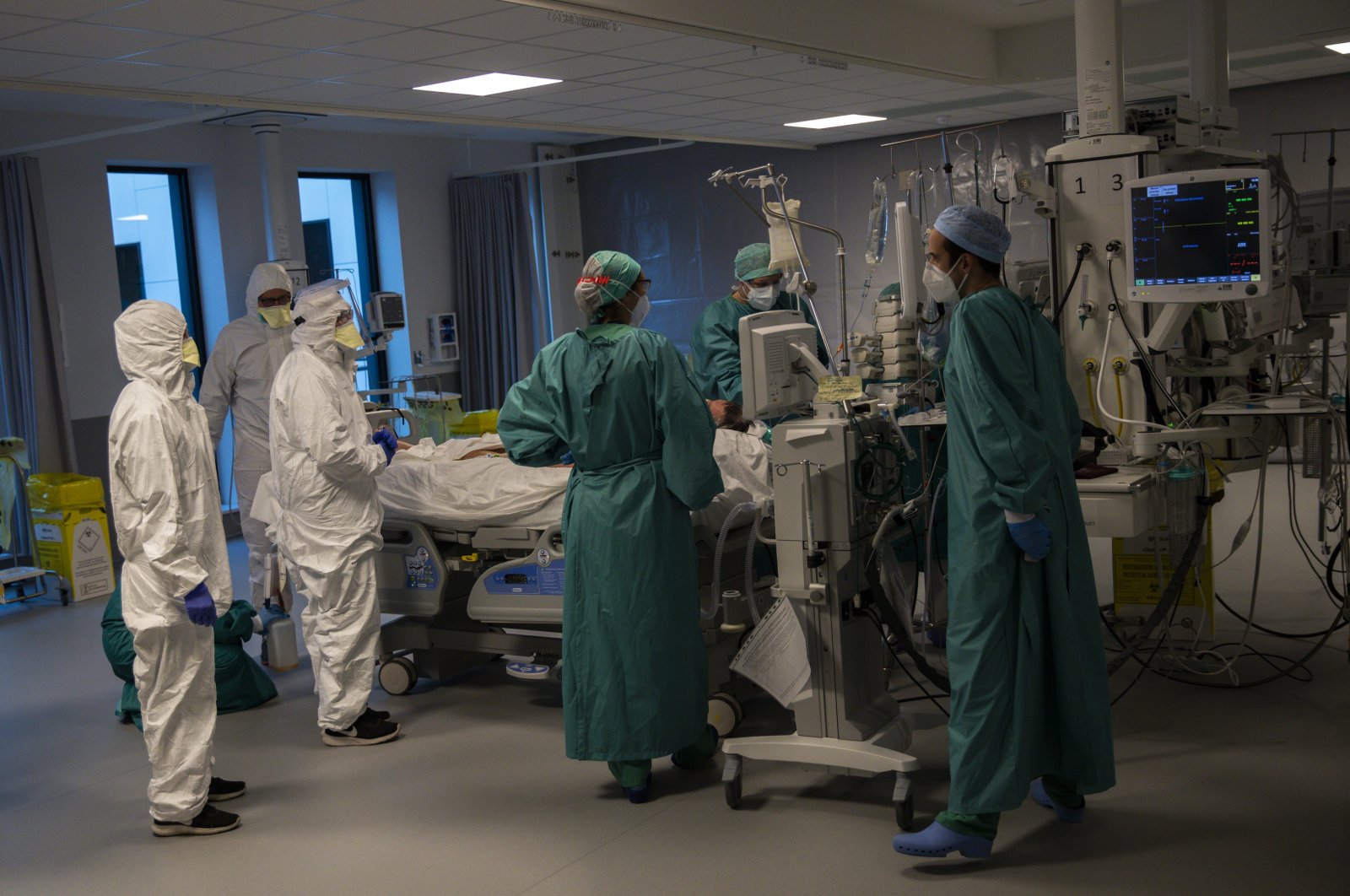 Hindsight is a wonderful thing and in the land of the blind, the one-eyed man may well be king

How well did you sleep last night after any decisions you made during the day or things you may have done? In your personal life or career, you have probably made decisions that have troubled you, leaving you to mull them over instead of falling asleep easily.

I continue to make decisions but since the pandemic, they have had greater significance. Difficult choices, decisions and actions about patients affect my sleep. I am glad they do, for they remind me who I am and who I want to be, but also what kind of professional I aspire to become.

Leaders such as heads of state must sleep. Yet the sleep they crave is often elusive despite any drugs they regularly turn to. With the decisions they have to make, leaders need to tap into the true power of sleep and not just its role as a physical restorative.

Patients always leave an impact on me. Amongst the multitude that I have thought of during the months since the pandemic was belatedly declared, there have been three such patients. Firstly, the English lady who had decided to explore the globe with her friends since being widowed. I operated on her cataract before she left for a cruise to the Far East when the cases in China were not yet making the headlines. Then there was the Italian gentleman, blind in one eye, who had come to me for the other. He had needed a long, complex surgery to save the vision, as an urgent case during the height of the lockdown in full-protective gear. The elderly Turkish gentleman troubled me. He routinely failed to use his eyedrops and had stopped coming to his follow-ups and going to Turkey for an extended period. He is probably still there now.

Patients with poor sight or some other impairment that makes them vulnerable are always a source of concern. I don't fall asleep so readily the night after surgery without at least some thought about them or reviewing in my mind any decisions or actions in their management and the hope that all is well with them until I see them again. All I can ever do is consistently try my best and that is what we all expect from others.

The reality we have

There are few absolute inescapable certainties in life and one is the inevitability of death for all of us. Yet the future is perpetually masked with uncertainty and nothing in life is without some measure of risk, but some carry greater dangers and bring one's own mortality into sharper focus, not just that of others.

Parents do not want to outlive their children, seeing them die in their youth perhaps suffering alone far away from them. Children in turn may not wish their parents to suffer the infirmities and decline of old age. All the while, each day, tens of millions across the age spectrum face the bleak existence of life under abuse and oppression, disasters natural or otherwise, war, disease and famine, or having to struggle to make do with the barest of food, water and shelter.

What is it that keeps people persevering in the face of these challenges? Perhaps it is faith in God or a higher force, hope that there is something better around the corner, a dream that one is working to weave into reality despite the vicissitudes of life, or a belief that our lives and deaths are not without purpose. Some may think they have a special destiny, perhaps to lead their nation, and are thus guided in the decisions they make. Faith and trust are intimately linked.

We all face decisions, knowingly or unknowingly, and whether by action or inaction they always have consequences that can be subtle and happen a long time after the choice was made. All of the decisions my colleagues and I faced when the shadow of the pandemic fell on our hospital, were not without risk. As I made those choices to the best of my ability, I hoped that they were the right ones but still I remain troubled whether some patients will survive, or others will be left blind without help over the months of lockdown.

Of course, patients themselves in some cases chose not to come to the hospital even when advised that an assessment was possible. Many were guided by the government's advice to remain indoors, isolating, or shielding to protect not only themselves but also others and more importantly the health care system. Sadly, but not surprisingly, some chose to ignore the advice then and continue to do so now.

Before placing your head on the pillow, do you review all or part of your day, with pen and paper in a diary or on an electronic device, or perhaps you just set a few quiet moments aside alone to mentally rehearse the day? Would you have changed anything you did? Perhaps you would have said something else or differently or indeed kept silent at times? Would you have made the same decisions if you had to do so again? Having reviewed the day's actions, decisions and interactions, are you going to do your best to change and do something differently tomorrow, maybe seek to put right what has already been done?

Would I still have taken the trouble to write my letter to U.K. Prime Minister Boris Johnson as the pandemic took hold of our country and as it happens, COVID-19 overwhelmed him as well? Did expressing my views on the dangers faced and giving a voice to those who could not speak, make any positive difference? The fact I got no reply or acknowledgment is itself quite telling. There were echoes in my letter from events that took place years ago in Crimea with the Charge of the Light Brigade at a time when France, Great Britain and the Ottoman Empire fought side by side. "The Greatest Game," I referred to in the letter will continue to be played out around the globe, in space and not just along the Silk Road.

It is always easy to criticize and it is even easier to find fault with what was done by another person, professional, or leader. One can never truly second guess the decisions that were made by others from the comfort of not having been in the same situation. People, of course, should hold those in power to account but rather than jeering at changes in direction, U-turns or the like, they should acknowledge that adjustments made, even if they are about turns in policy are better than continuing arrogantly on a destructive path. Trust, however, can be shaken with how decisions are made and with broken agreements.

As doctors, we should strive to give the best opinion we can. In life, many make decisions for others at times without their wishes or without consultation with those most affected by them. Often people leave doctors, family members, or the government to decide for them in different scenarios in the hope that those deciding will carefully weigh up what is in the best interests for the family, society and nation but also for that particular individual.

Life comes with challenges and for those in positions of leadership and other decision-making, crises inevitably are part of the landscape. There is always a balance to be struck, weighing advantages and disadvantages, winners and losers, or just gains and losses. With increasing power, there must come greater responsibility and accountability rather than immunity from being held to account, once decisions touch the lives of others or the world around us. Editing out the past from our memories or history books, far from helping, leaves us locked into repeating the same again, failing to learn lessons.

In each clinical scenario, patients face a "Bermuda Triangle" in which they can be lost when inadequate attention is paid to the three points of the triangle – which are quality, efficiency and safety. Within health care systems, doctors must play their part to the best of their abilities to help patients navigate through. That may not be enough where health care systems are often incompetently managed, poorly led, or just built to fail.

This pandemic has highlighted problems with national health care systems across the globe but these have been always apparent to those who have bothered to study them critically. Following World War II, we saw the foundations for a military-industrial complex being placed at the heart of some nations, often under the aegis of private corporations, where war and conflicts became essential as proofing grounds for developments for the defense industries. Sadly, we may see an acceleration towards the establishment of medical-industrial complexes post-COVID-19, where private companies behind the scenes take a greater share of the inevitable tax hikes that will follow to keep these systems functioning as they integrate more into national and global health services. Just as with their military-industrial complex counterparts, any potential for good will be lost in the pursuit of profits and dominance.

I still have not heard from the Turkish gentleman. Over four months after his operation, the Italian patient's vision is stable and I understand that the globe-trotting English lady is doing well and returning soon to see me. There remain so many patients still to return.

There is nothing truly new in what we face and if we fail daily to review the decisions we have made, the actions taken or not taken, then we will fail to adapt or progress in how we arrive at decisions and we will face greater chaos. The vision of American writers Ronald Moore and David Eick, even in science fiction, was so true in that inevitably, all that has happened, has happened before and will happen again and again, unless we change.

We do not see just with our eyes and even those who are blind may have a different sort of vision. How we care for those most vulnerable in our societies says a lot about us as individuals and societies. Hindsight is not just wonderful but is fundamental to how we make decisions for the future but recognizing the value of developing foresight is vital to make better, even if still imperfect decisions. Thus, in the land of the blind or even the one-eyed, those who still use both "eyes" may well become kings and queens, worthy of trust.

*Consultant eye surgeon in the U.K.