How indigenous Somalis in Kenya caught in the middle 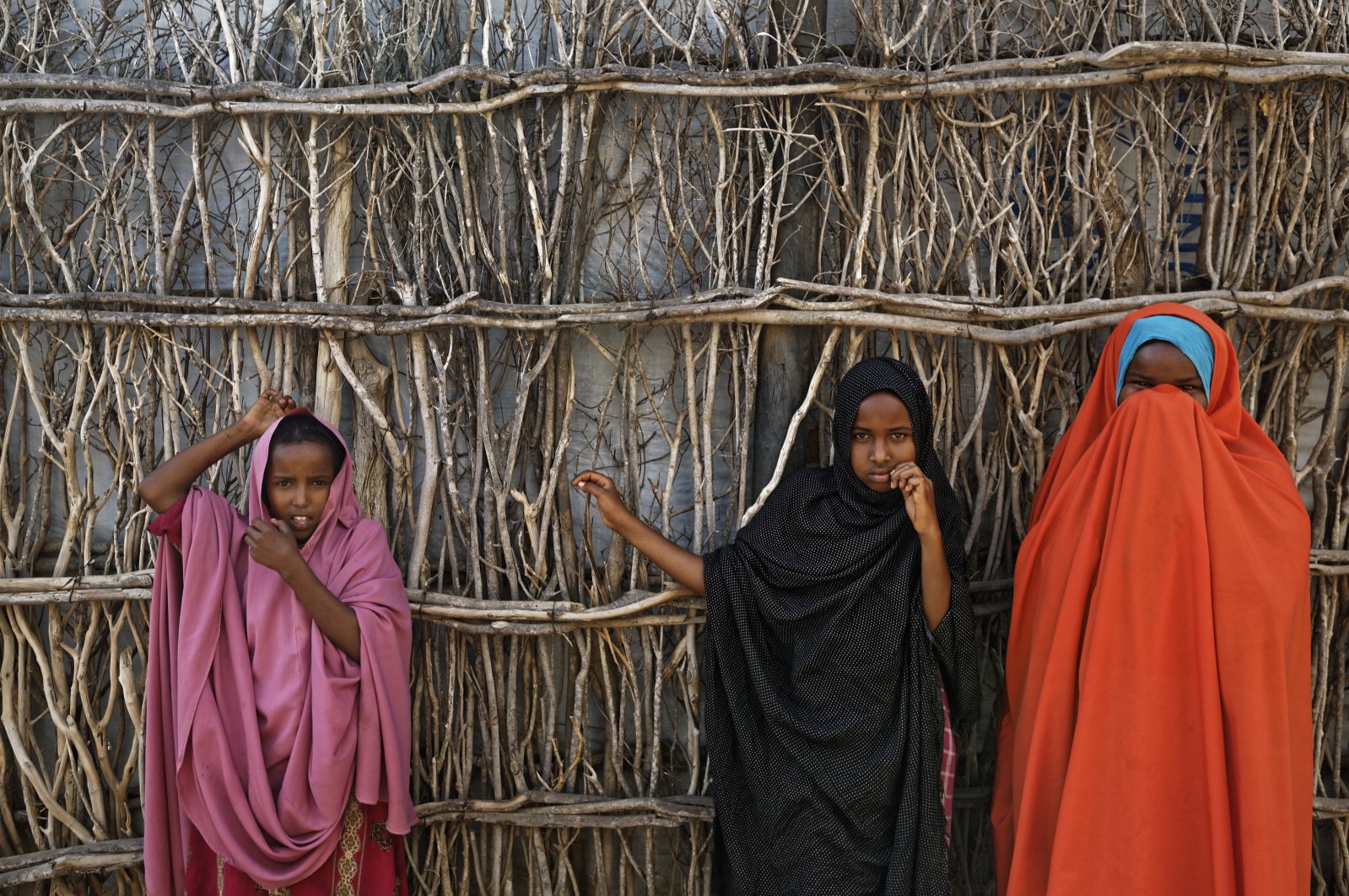 Every year, Somalis in Kenya (often referred to as “Kenyan Somalis”) remember the February 1984 Wagalla massacre, which was committed by Kenyan forces in Wajir – a town some 310 miles (almost 500 kilometers) north of the capital Nairobi. According to witnesses, the lives of 5,000 ethnic Somalis were claimed.

Many fear a repeat of the past state violence and repressive tactics used against ethnic Somalis in Kenya as diplomatic tensions between the two countries have soared in recent years on a host of issues, including trade and a maritime dispute.

The maritime dispute marks a major escalation in the impasse between Kenya and Somalia. In 2014, Somalia filed a case against Kenya at the International Court of Justice (ICJ), concerning a maritime dispute in the Indian Ocean.

The case hearing was postponed three times at the request of Kenya. On Feb. 12, 2021, the ICJ rejected Kenya’s fourth request to delay the oral hearings.

Finally, the hearings were set to take place from March 15-18, 2021 at the Peace Palace in The Hague, the seat of the ICJ. In a new twist, on March 12, 2021, Kenya informed the court that it had decided to withdraw from the case, due to the “bias and unwillingness of the court” to accept Kenya’s request to delay the hearings due to the COVID-19 pandemic.

However, the proceedings got underway at the court in The Hague on March 15, 2021, without Kenya’s participation. The potential for an increase in Kenya’s pressure on Somalis in Kenya for revenge is real. Hence, a deepened geopolitical crisis between the two states and its critical implications for the Somalis in Kenya can be understood by the historical context.

Somalis are among six populous tribes in Kenya. According to Kenya’s 2019 population census, there are 2.8 million indigenous Somalis in Kenya – a figure disputed as many pastoral Somalis go unaccounted for. They predominantly live in the North Eastern Province – previously known as the Northern Frontier District (NFD) – an area of 102,000 square miles (264,179 square kilometers). The NFD was under the British colonial administration.

The "Pan-Somalism" movement that started in the early 20th century aimed to unite Somali inhabited territories in East Africa (Italian Somaliland, British Somaliland, French Somaliland, the Somali region in Ethiopia and the NFD in Kenya) to form a greater Somalia.

The New East African Republic of Somalia (Federation of Italian Somaliland, British Somaliland in 1960) wasted no time in bringing about the realization of a greater Somalia dream.

The new parliament passed a motion supporting the union of NFD residents with the Republic of Somalia. On the other hand, the two major nationalist political parties of British Kenya, Kanu and Kado, were opposed to the NFD secession.

Unfortunately, after gaining independence in 1963, Kenya rejected the outcome of the referendum. The British colonial government ignored the Somalis in Kenya whose aspirations of self-determination had been denied.

As a result, the diplomatic ties between London and Mogadishu were strained.

According to Kenya’s Truth, Justice and Reconciliation Commission (TJRC) report in 2011, these massacres took place as Kenya inflicted collective punishment on innocent civilians in the NFD.

Moreover, in events remarkably similar to the screening of Jewish citizens in Nazi Germany, Somalis in Kenya were obliged to carry pink ID cards distinguishing them from all other Kenyans.

And so far, little progress has been made on the burning question of the citizenship and belonging of Somalis in Kenya. Despite the Kenya-Somalia controversy surrounding the NFD, Kenya is still pushing an expansionist agenda in Somalia.

It was not an easy decision for Kenya to deploy its troops to foreign soil for the first time and certainly not to Somalia – a country that has a long history of conflict and disputed borders with Kenya, and is grappling with domestic political turmoil and terrorism.

In October 2011, Kenya launched a military operation dubbed "Operation Lindi Nchi" (Protect the Nation) in Somalia. According to Kenya, the operation aimed to create a buffer zone to protect its borders from al-Shabab terrorist attacks. However, is there a legal basis for Kenya’s military intervention in Somalia?

Kenya’s military operation was not in line with the United Nations charter, which prohibits the use of force in international relations.

Additionally, there is the U.N. Security Council (UNSC) Resolution 1725 of 2006 that “endorses the specification in the IGAD (the Intergovernmental Authority on Development) Deployment Plan that those states that border Somalia would not deploy troops to Somalia.”

Somalia’s then-President Sharif Sheikh Ahmed condemned the Kenyan incursion in Somalia. Oddly enough, on Feb. 22, 2012, Kenyan troops were incorporated in the African Union Mission in Somalia (AMISOM). So, was al-Shabab really the issue?

The overarching goal of Kenya’s 2011 invasion of Somalia is a territorial acquisition. Kenya carefully planned to capture the strategic seaport of Kismayo in order to establish a strong foothold in the Indian Ocean – a disputed area where oil and gas riches have been discovered.

So, Kenya launched a huge lobbying campaign to persuade the United States and others to support its mission to invade Somalia. Given the complexity of military intervention in a foreign country, the outside political lobbying for Kenya’s dangerous venture into Somalia was met with considerable opposition.

Late U.N. Secretary-General Kofi Annan warned Kenya against sending troops to Somalia. The U.N. chief said: “I recall I was in Kenya in 2008 helping them resolve their conflict, when the question of deploying Kenyan troops to Somalia came up, and I recall the conversation I had with several of the ministries, I said be careful. If you are going to deploy troops to Somalia who are your neighbors, and you also have your own Kenyan Somali population.”

Similarly, the U.S. warned Kenya against invading Somalia. According to a Wikileaks cable, dated Feb. 2, 2010, Johnnie Carson, assistant secretary of state for the Bureau of African Affairs, advised former Kenyan Foreign Minister Moses Wetangula during a meeting in Ethiopia's Addis Ababa that Kenya’s ambition to invade Somalia was risky and costly, and would certainly help al-Shabab’s recruitment efforts.

Carson also warned that a Jubaland proxy state could weaken the authority of the Federal Government of Somalia (FGS). The Kenyan invasion of Somalia has had profound consequences for Somalis in Kenya.

According to the Armed Conflict Location Event Database (ACLED), the group executed 405 attacks in Kenya that resulted in 1,436 fatalities between October 2011 and January 2020.

Consequently, Kenyan security forces launched indiscriminate assaults on unarmed Somali civilians in the North Eastern Province over acts for which they bore no responsibility.

North Eastern Province civilians have suffered greatly in counterterrorism operations. Kenyan security forces have been accused of enforced disappearances and extrajudicial killings according to a 2016 Human Rights Watch (HRW) report.

Other privileged violence employed by Kenyan security forces against Somalis in Kenya includes looting and the destruction of civilian properties.

The use of a collective punishment policy against the Somali-inhabited North Eastern Province is not a post-colonial phenomenon. It began under British colonial rule. At its core, there is a key strategy of institutional violence to control and discipline the Somali population in Kenya who are portrayed as others.

There were military encounters between Somali Armed Forces and a Kenya-backed proxy militia at the border between the two countries on March 2, 2020, and on Jan. 15, 2021.

The neighboring states accused each other of territorial violations. Somalia accused Kenya of harboring the Jubaland militia, who launched incursions from the northern Kenyan town of Mandera into Somalia.

On the other hand, Kenya accused Somalia of violating its territorial integrity and fighting on Kenyan land. But the residents of Mandera take a dim view of the situation at the border.

On Dec. 22, 2020, they held a mass protest against the presence of the Jubaland militia in Mandera. These protests are a clear manifestation of widespread discontent against Kenya’s military and political intervention in Somalia.

The situation is on the edge of an abyss. At different levels, several mediation efforts have fallen short in solving the political impasse between the two countries.

On Feb. 29, 2020, 11 ethnic Somali Kenyan members of parliament flew to Mogadishu to talk to the Somali government to help find a solution. Ironically, the trip was criticized by Kenyan media which labeled it treason. This no doubt raised uncomfortable historical echoes.

Just like with any other Kenyan citizen, the Kenyan government has a duty to protect the lives and property of Somalis in Kenya.

*Activist, freelance writer and documentary filmmaker based in the U.K.

Activist, freelance writer and documentary filmmaker based in the U.K.
RECOMMENDED